This match pits top against second bottom. Who will win? Find out with our Finn Harps vs Shamrock Rovers match preview with free tips, predictions and odds mentioned along the way.

Finn Harps to trail at the interval

Finn Harps have been going through a rough patch lately; they've won just one of their last 14 games, with four draws and nine losses. In contrast, Dundalk are coming off three consecutive wins; they are at the top of the Premier Division table, having won 15 of 22 league games. It's fair to point out that Shamrock Rovers have dominated Finn Harps in the past; they won 17 of the last 20 meetings between these sides, losing just once. Additionally, Shamrock Rovers opened the scoring in five of their last six encounters with Finn Harps; they had the lead at half-time in four of their last five clashes. With this in mind, we are making the prediction that Shamrock Rovers will lead at half-time.

Finn Harps have not had much trouble conceding goals this season; they've allowed 36 goals so far, only last-placed UCD have conceded more. Because of the way they concede, Finn Harps' games have mostly been high-scoring; four of their last five games went over the 2.5 goal line, with three of those games going over 3.5. Additionally, clashes between Finn Harps and Shamrock Rovers usually feature lots of goals; as four of their last five meetings saw at least three goals scored. Considering Shamrock scored the highest number of goals in the Premier Division this season, this should be a high-scoring affair.

Shamrock Rovers are flying high in the League of Ireland but Finn Harps are struggling big time down in second bottom spot. Can they spring a shock here or will their miserable campaign continue against a side that look good value to become Champions?

Things have not gone too well for Finn Harps this season; they are second-last, with just two wins in 20 league games so far. It's important to point out that Finn Harps have no wins in their last seven games; it'll be interesting to see how they'll match up against league leaders Shamrock Rovers.

Shamrock Rovers have been the best team in Ireland this season; they are league leaders, 10 points clear at the top of the table, with 15 wins in 22 games. Also, Shamrock Rovers are coming off three consecutive wins; they'll fancy their chances of making it four from four against a struggling Finn Harps side.

A quickfire FAQ on Finn Harps vs Shamrock Rovers 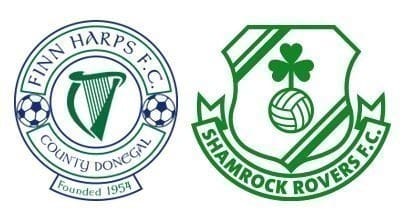