The final matchday of the 2022 World Cup qualifiers has put Finland in a tough spot. They need the three points on offer against world champions France, a feat they achieved a year ago.

Here are our predictions for Finland vs France.

The World and Nations League champions are difficult to tame and Finland will find that out on November 14. Les Bleus suffered the ignominy of defeat last year and will want to avenge their last year's defeat. With four wins accumulated on the trot, we are backing Didier Deschamps' men to add to their tally in preparation for their title defence.

Four of the last five meetings between Finland and France has finished with less than three goals. The only anomaly in this is Les Blues 3-0 win at home in October 2013. We are going against the trend in this fixture given the champions' tally of 13 goals in their last three outings. With six goals against their names and a point to prove,  Finland will add to the complexity and should give us a high scoring affair.

The last five meetings between Finland and France has only seen one side get on the scoreboard, once for the former and four times for the latter. That streak will likely come to an end in this meeting as both sides will look to give a good account of their abilities. While it is difficult to silence Les Blues, the Eagle-Owls will come out to score as their world cup qualifying hopes rely on this. As a consequence, we are confident in backing both sides scoring in this meeting.

Finland vs France: Check out the best odds and the latest stats

The win over Bosnia allowed Finland to leapfrog Ukraine into second place. They need a win to keep their place as a Ukraine win over Bosnia will complicate matters for them. They managed this result last year on the road and a win in Helsinki will make it sweeter as it ensures a third-place finish.

Despite accruing three draws, Didier Deschamps ensured that France finished top of their group unbeaten. They will want that run to continue, building on their Nations League triumph and giving themselves the best platform heading into the 2022 World Cup. A year still separates them from the footballing extravaganza and the preparations for it starts now.

Questions About Finland vs France 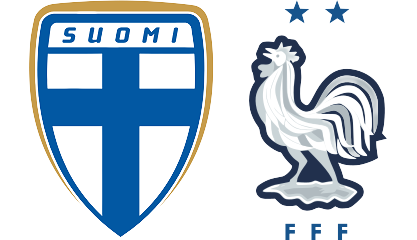 Where is the game being televised? COSMOTE Sport, DAZN Deutsch, Nelonen, and Sky Sports (UK).

Who are the players to watch out for? Teemu Pukki (Finland) and Paul Pogba (France).