Belgium have qualified from Group B with a game to spare and can now afford to rest some of their players if they wish to do so. Finland know that a point would probably be enough to see them progress through to the knockout stage, against the odds, but securing that point won't be easy.

Read on for our full match preview and prediction for Finland vs Belgium in the European Championship.

Under 2.5 goals have been scored in each of the last five meetings between these two nations and we're expecting another tight and tense 90-minutes on Monday. Finland don't tend to concede many goals and five of their last six matches have witnessed fewer than three goals being scored. If Belgium do rest the likes of Lukaku then it's tough to see the red Devils scoring many goals in this game.

Both teams have scored in just two of the last five encounters between Finland and Belgium, and we don't see both teams getting on the scoreboard in this game. None of Finland's last four fixtures have seen both teams score and only two of Belgium's last five outings have ended with both teams finding the back of the net.

Everything you need to know about Finland vs Belgium

Belgium are through and could rest star players

Finland have given a good account of themselves at their first major international tournament, but they won't want their journey to end just yet. A good defensive display could see Finland secure the point they need to qualify for the next stage of Euro 2020 and that would be some achievement for the minnows. With a full-strength squad and a possible chance to capitalise on any squad rotation, Belgium might consider, could give Finland all the impetus they need to secure a memorable result.

The Red Devils will be without Timothy Castagne and may well decide to rest the likes of Lukaku, De Bruyne and Vertonghen, while Witsel and Hazard don't look ready for a full 90-minutes just yet, but are likely to play some part against Finland as they continue to build up their fitness. Belgium could go with Batshuayi or Benteke up-front ahead of Lukaku, who has put in a full 90-minutes in each group game so far. Roberto Martinez certainly has rotation options and is likely to take them up as his usual starting eleven has a few too many players aged 30 or above.

Finland still need a positive result from this game and as such, they will be playing their strongest starting eleven once again.

Belgium, on the other hand, have already secured their place in the knockout stage and Roberto Martinez is bound to rest some of his key players. Belgium have one of the older average ages at Euro 2020 and that can make injuries more of an issue when you are playing so many games in close proximity. Here are a few of the changes we think Belgium will make for the game against Finland…

Finland vs Belgium – Your Questions 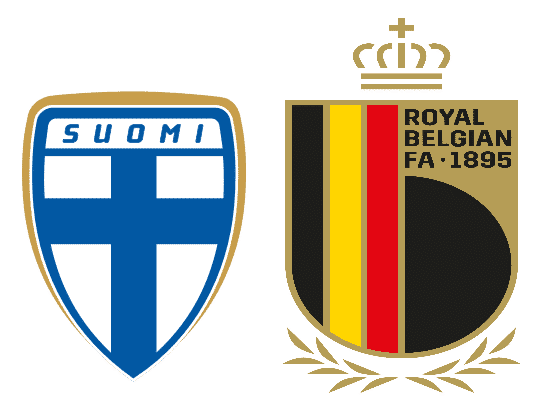