With a place in the final of the Europa Conference League at stake, we're expecting plenty of hard work and determination from both sets of players as the teams they represent don't often come so close to winning European trophies.

We're predicting an entertaining 90-minutes in Feyenoord and have backed both teams to find the back of the net in the 1st-leg. Both teams have scored in five of the host's and three of the visitor's last six outings in all competitions, so you can see why we're not convinced that either side will keep their clean sheet intact on Thursday night.

Feyenoord the favourites for the 1st leg

Feyenoord played out a 3-3 draw at home with Salvia Prague in the quarter-finals and had to secure their passage to the semi-finals with a win in the Czech Republic. Dessers got the visitors off a perfect start, netting in the 2nd-minute but Prague equalised shortly after. In the second forty-five, Dessers bagged his second goal of the game and when Sinisterra made it 3-1, there was no way back for the home side as Feyenoord claimed a 6-4 aggregate victory.

Marseille had a 2-1 lead heading into the 2nd-leg of their quarter-final against the Greek side PAOK at the Stadio Toumbas. When Payet scored in the 34th-minute giving Marseille a 3-1 lead on aggregate, the game felt like it had moved out of reach of the Greek side who failed to muster a single goal in their own backyard. Marseille play in a stronger league than Feyenoord but head into the 1st leg of the semi-final as the underdogs and will be happy to take a draw back to France with them.

Feyenoord: Jahanbakhsh, Til, Toomstra and Bijlow are the main injury concerns for the hosts.

Marseille: Bakambu, de la Fuente and Balerdi have been ruled out of the trip to the Netherlands.

Q&A for Feyenoord vs Marseille 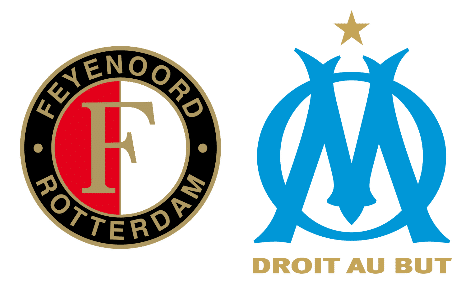