Given some of the issues their rivals are enduring right now, Chelsea will know just how good a position they’re in. The Blues sit ten points clear at the top of the Premier League and it seems inconceivable that Antonio Conte will not win the title in his debut campaign.

The Italian’s man management has been excellent all season, particularly when top scorer Diego Costa was linked with a move to the Chinese Super League in January. But it is his tactical nous that is the main reason behind the club’s fantastic form this campaign.

Conte, like any manager, will say his players are responsible. No coach is worth his salt without quality on the pitch, but with such talent at his disposal, there is always the lingering fear that clubs will come in with promises of more money, as was the case with Costa, and success. The biggest challenge for the former Juventus man is perhaps yet to come, keeping his squad together in the summer.

Goalkeeper Thibaut Courtois has been heavily linked with a move to Real Madrid, while his number two Asmir Begovic is also said to be nearing the exit door. It seems a new goalkeeper could be needed at Stamford Bridge, and somebody who could fit the bill is Galatasaray’s Fernando Muslera.

Who is Fernando Muslera? 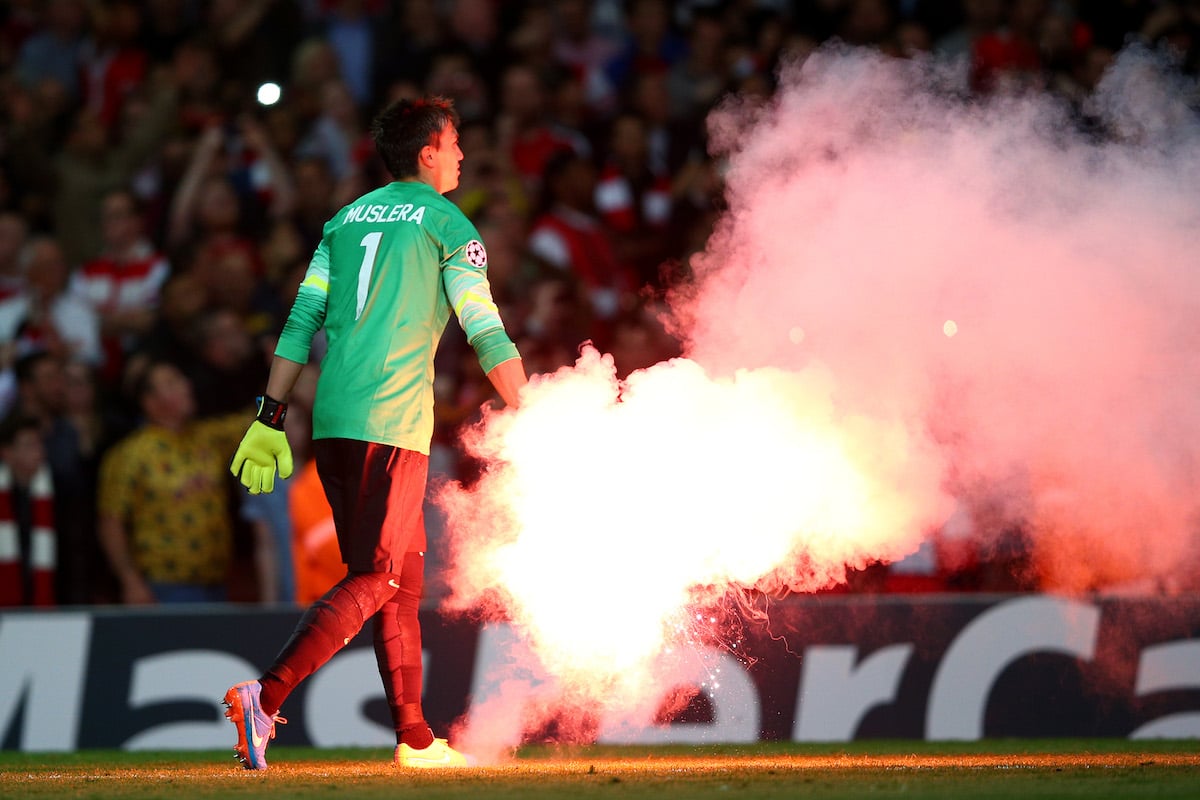 Despite receiving 85 caps for Uruguay, Muslera was actually born in the Argentine capital of Buenos Aires. The 30-year-old started his career at Montevideo Wanderers, and came to Europe in 2007, after a spell on loan at Nacional, signing for Serie A giants Lazio.

Four years in Rome saw him develop into a very capable goalkeeper, and he began to interest some of the elite sides across the continent, but nothing ever came of it and he moved to Turkey in 2011, joining Gala.

During his time in Istanbul, Muslera has become one of the club’s longer serving players, making almost 200 appearances and helped win three Super Lig titles. He joined a select few goalkeepers in 2012 by scoring a goal, dispatching a penalty against Manisaspor.

Muslera’s reflexes have got him out of some sticky situations in the past. One particularly brilliant example was in a game for Uruguay against the country of his birth, Argentina. When a Carlos Tevez freekick was deflected off the wall, he changed the course of his dive to keep it out, before getting up quickly to deny the incoming Gonzalo Higuain on the rebound.

It feels a little bit cheap just crediting a goalkeeper for his shot stopping, because that is his job after all. But Muslera is better at point-blank range than most. Crucially, when weighing up whether a goalkeeper would thrive in the Premier League, they must be able to deal with crosses adequately. High balls and direct play are a more common theme in the Premier League than anywhere else in Europe, and some stoppers come unstuck with the physical and direct nature of the English game, but Muslera is adept at catching the ball. Some choose to punch, which does not always relieve the danger.

This is a key attribute for Chelsea in particular. Their 3-4-3 formation has been so tough to break through, because of the protection N’Golo Kante and Nemanja Matic offer, so teams are beginning to aim to hit a tall striker’s head. Confidence to come off the line and defuse the situation is vital and Muslera ticks that particular box. 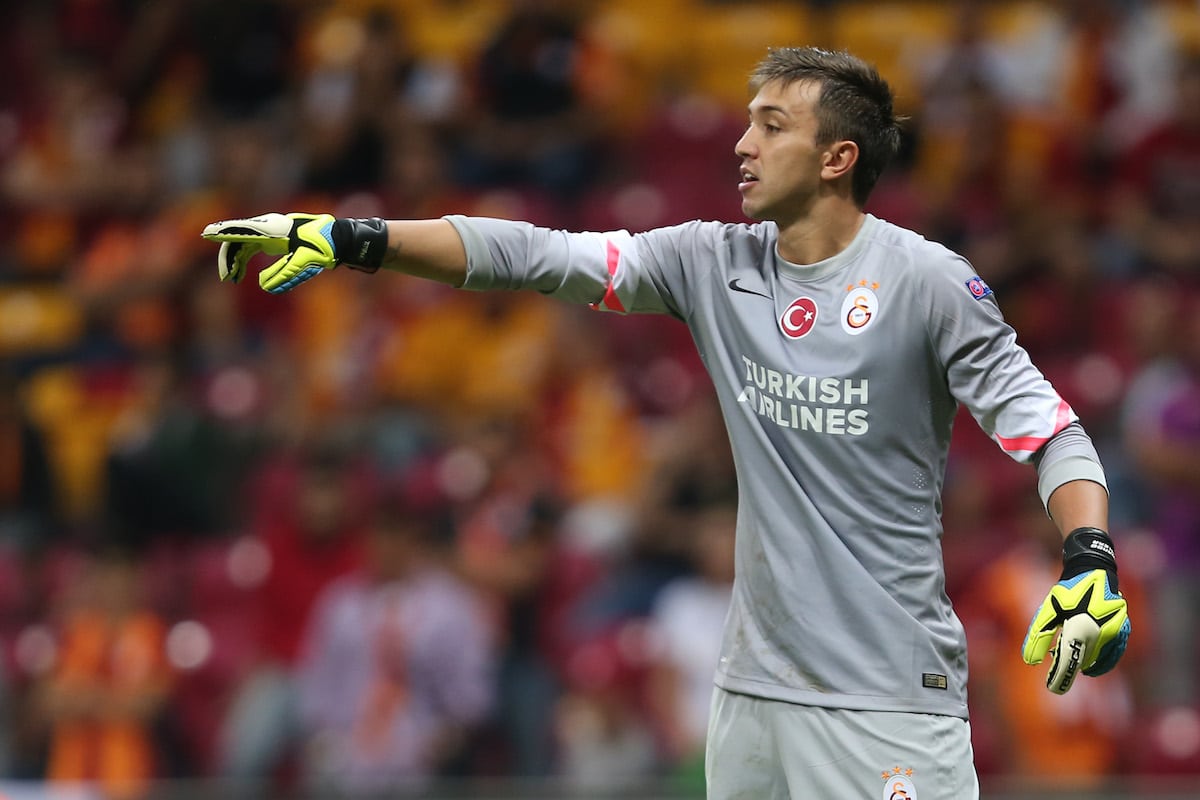 At six-foot-three, Muslera is hardly too short for a goalkeeper, but he has is skinnier than Begovic and does not possess the immense frame of Courtois either, so if he were to replace either, Conte would lose out in that regard.

For the modern day goalkeeper, distribution is a massive part of the game, just ask Pep Guardiola, who upset almost every England fan by sacrificing Joe Hart at Manchester City for that very reason upon his arrival last summer. Muslera is similar to Hart in that he is much better at other parts of his game, and does not feel comfortable being the man to start attacks. While this isn’t so much a worry for Conte as it is Guardiola, there is a demand for intensity on the counter attack and that requires accuracy when kicking to a wide man on the run. Muslera will not be able to pick out Eden Hazard as well as Courtois can, but it is less of an issue if he is the man to replace Begovic, as looks most likely.

The Uruguayan’s vast experience should translate into leadership, but another issue with Muslera is he does not command his box as well as Conte will expect. Organisation from the back has become the most important factor for Chelsea this season, and with him in goal instead of Courtois, whether the Belgian would be sold or not, they would lose a key presence that would not be adequately replaced by the Galatasaray man.

Would he be a good signing for Chelsea?

There are few positions that come with such negative connotations as a Chelsea goalkeeper. Petr Cech enjoyed ten years as number one before Courtois, who is six years younger than Muslera, took over the mantle in 2014. Cech then had to leave in search of first team football, much like Begovic, his replacement, is on the brink of doing this summer.

In short, Muslera would be a more than capable back-up to Courtois, and Conte would love to have two top goalkeepers at the same time. But from Muslera’s point of view, the lack of playing time would be a real issue.

If Chelsea do lose Courtois at the end of the season, they should definitely look elsewhere for a new main goalkeeper, though. While he still has plenty of time left on his career, there is no room for him to develop into a player of Courtois’ ilk.