There are a lot of things that Pep Guardiola football teams do that are impressive. Passing moves, goal records, point records… But the most impressive thing is that they’ve done so much with Fernandinho as their sole defensive midfielder.

This isn’t to criticise the Brazilian. The 33-year-old is clearly an adept player. But no other team on the planet would be able to function with him sat behind five incredibly attacking players.

For 14 months, the fact that it worked so well was, in huge part, down to the quality of Manchester City’s counter-pressing in high areas.

They’d fully hit their stride by the turn of the year, and between mid-January and mid-September, Fernandinho only had to make 1.8 defensive actions (tackles plus interceptions) per 90 minutes.

However, since late September, he’s been averaging 5.0 per 90. Have City’s forwards let their impressive defensive work slip a little, requiring Fernandinho to pick up the slack? 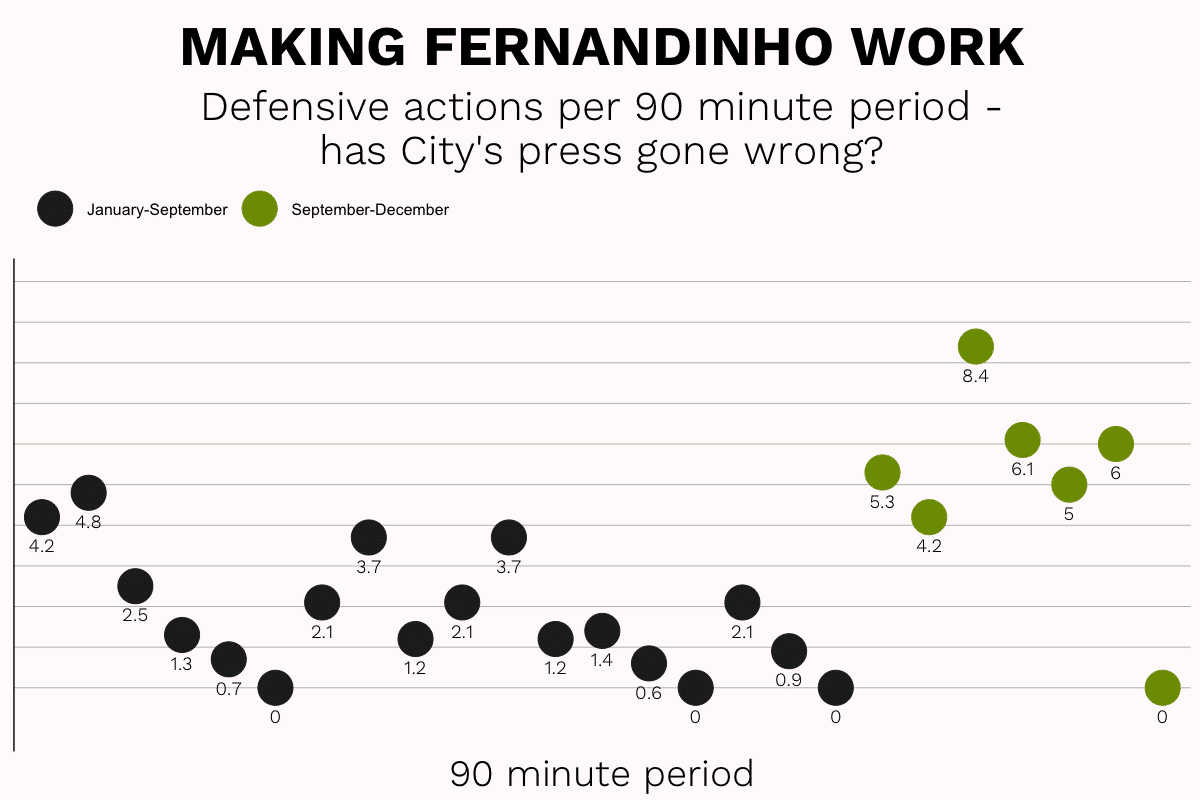 Maybe so. Difficult games against Liverpool, Tottenham, and Manchester United may make the period since late September more difficult than the season up to that point, but a raft of defensive stats look worse for City of late.

Teams are getting to the final third more often, having settled sequences of possession more often, and their average shot is of a better quality.

How City's opponents have fared against them

Even so, Guardiola may want to tighten things up as we approach the (surely trademarked by now) ‘busy festive period’.