Ferencvaros take on Tobol in the Champions League qualifiers on Wednesday, July 13th. The tie hangs in the balance after a 0-0 draw in the first leg. Read our free predictions and find the latest odds for the fixture below in our detailed match preview.

Everything is still to play for when Ferencvaros host Tobol in the second leg of the teams’ Champions League 1st Round Qualifier on Wednesday. Read our top three predictions for this week’s fixture below.

Both Teams Not to Score

Last week’s Champions League 1st Round Qualification first leg clash between Tobol and Ferencvaros in Kazakhstan was largely uneventful and the 0-0 draw provided plenty of evidence to suggest that the second leg could be just as low-key. The sides mustered just five attempts on target between them at the Ortalıq Stadion and action could be just as hard to come by in Wednesday’s rematch. With that in mind, a stake on both teams not to score is advised.

Sticking with the same theme, bettors could find joy in the under 2.5 goals market for Wednesday’s second leg skirmish between Ferencvaros and Tobol on Wednesday. Both forward lines struggled to make an impact in the first leg between the teams in Kazakhstan last week, where keepers Alexandr Mokin and Denes Dibusz were largely untested. Margins should be just as slim in this week’s return leg and we’re tipping under 2.5 goals to be notched again.

Top Betting Odds and Stats for Ferencvaros vs Tobol

View our list of the best stats for Wednesday’s fixture below alongside a tool to help you choose the best odds.

Read all of the latest injury updates and team news for this Wednesday’s Champions League qualification tie between Ferencvaros and Tobol below.

Ferencvaros have no new injury or suspension concerns ahead of Wednesday's game and Head Coach Stanislav Cherchesov is unlikely to make many changes to his XI. Anderson Esiti, Fortune Basse and Marquinhos will all be hoping to start, however.

Tobol were unable to establish a first-leg advantage to take to Hungary this week, though their performance was competitive enough to suggest that manager Milan Milanovic picked the right XI. As a result, the same team is likely to take the field in the second leg. 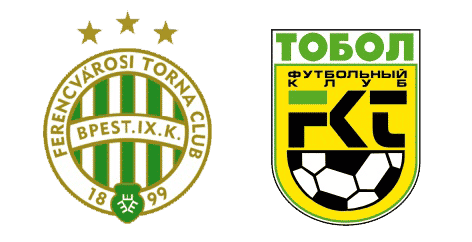 Who are the current Champions League title holders?

Real Madrid won the most recent Champions League final in May.

Which club is favourite to win?

The bookmakers have priced Ferencvaros as their favourites to prevail this week.