Ferencvaros locks horns with Slovan Bratislava on 20th July in a UCL qualifier match. The game will be the first encounter between the two teams, so expect a hotly contested game on matchday. Read this preview to discover how we expect the midweek UCL qualifier fixture to end.

Ferenvaros hosts Slovan Bratislava for a UCL Qualifier match on 20th July 2022. The following are our best two free predictions for the encounter:

Ferencvaros to win the match

The hosts scored at least 3 goals in three of their last four games. With home backing in this first leg of the ULC qualifiers, Round 2, we expect Ferencvaros to score at least two goals in this game.

We sampled the best odds across leading UK bookmakers in the table below. Also, see a different table for the latest team stats, H2H and form.

Ferencvaros play their second round of the UCL qualifiers. The hosts took part in the Round 1, drawing 0-0 at home against Tobol Kostanay and winning the second leg of that Round 5-1 at home. With their first leg of the Round 2 also taking place at home, this will be an opportunity for Ferencvaros to extend their lead ahead of the next leg slated for the 27th of this month. 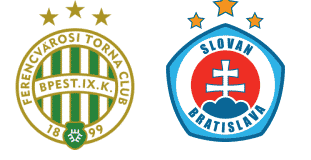 What time will Ferencvaros vs Slovan Bratislava Free UCL Qualifier game kick off?

Where is the venue for the game?

Groupama Arena in Budapest, Hungary is the venue for the UCL qualifier match.

How did the teams fare in their last five games?