Ferencvaros might be the underdogs for their Champions League qualifier against Slavia Prague but there really isn;t a great deal between these two clubs and we're expecting a very close and competitive 90-minutes in Hungary on Wednesday.

Our Top Three Tips for Ferencvaros vs Slavia Prague

These two sides might never have met before but that hasn't stopped us backing a stalemate between the pair on Wednesday. Ferencvaros have the home advantage and have only lost one of their last six matches in all competitions. Slavia Prague are the bookmaker's favourites to win the 1st leg and they haven't lost any of their last five matches, two of which have ended in draws.

We're expecting both teams to find the back of the net in Wednesday's 1st let, in what should be an entertaining 90-minutes. Both teams have scored in three of Ferencvaros's last four matches while four of Slavia Prague's last five fixtures also ended with both teams scoring, so you can see why we're not backing either side to keep a clean sheet in this game.

As far as a final scoreline is concerned, we're predicting a 1-1 draw in Hungary, a result that will probably suit Slavia Prague more than it will Ferencvaros. The hosts have picked up three wins and a draw from their last four home games but haven't faced a side of Slavia Prague's quality in any of those matches. The visitors have secured two wins and a draw from their last three away trips and have proven hard to beat on the road of late.

The visitors backed to beat Ferencvaros by the bookmakers

Ferencvaros faced Zalgiris in the last qualifying round where they secured a comfortable 5-1 aggregate victory. However, Slavia Prague will provide a much stronger opposition this week and the bookmakers make the side from the Czech Republic their favourites to qualify. The hosts really need to take some kind of lead into the 2nd leg or risk being dumped out of the Champions League before the group stage.

Slavia Prague enter the qualifying stage for the Champions League a round before the play-offs and will be hoping that the fact they have played a few fewer games than their hosts gives them an advantage on Wednesday. The new Czech Liga season is up and running and Slavia have picked up two wins from their opening two matches, both of which have come away from home. 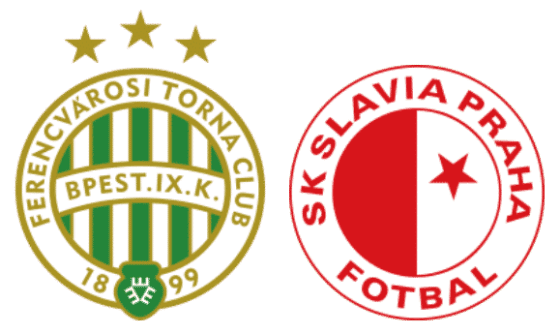