This preview covers the first leg of the UEFA Champions League first-round qualification game between Ferencvaros and Prishtina at the Groupama Arena in Budapest.

After the successful 2020-21 campaign, Ferencvaros have been involved in a couple of warm up friendlies that have provided positive outcomes. Prishtina were involved in the preliminary round of the UEFA Champions League qualification stages where they beat Folgore with a 4-0 aggregate score. The top three picks for this match are:

Ferencvaros to win the game

Ferencvaros are an experienced campaigner when it comes to the UEFA Champions League. The club were involved in the group stages last season when they took on the likes of Barcelona and Juventus. Prishtina are newcomers to this competition, and they have even been unable to get past the first round of the Europa League qualifying stages. Prishtina might have had a comfortable preliminary round, but the primary objective for Zekirija Ramadani’s men will be to avoid a big defeat in the first leg. Even then, Ferencvaros have a lot of quality compared to the opposition.

Ferencvaros did reasonably well in the group stages last season by scoring five goals from the six matches. The team were able to get a majority of these five goals at home. The early signs in pre-season show that the club are quite strong going forward. The acquisition of Ryan Mmaee is further expected to help the squad. Prishtina might be focused on damage limitation for the most part.

Prishtina to score under 0.5 goals

Prishtina are newcomers to the Champions League and they are unlikely to make a huge impact in this match. Ferencvaros were able to produce a decent set of results at the group stages last season with only Juventus and Barcelona scoring over 2.5 goals against Ferencvaros.

Top Betting Odds and Stats for Ferencvaros vs Prishtina

The experience from appearing in the Champions League group stages last season coupled with the better financial position are likely to place Ferencvaros in a strong spot when it comes to expectations and squad strength. The club have strengthened in the summer transfer window by signing Mmaee and goals are likely to be the focus in the early rounds of the qualification rounds.

After years of struggling to get past the first round of Europa League qualification stages, Prishtina now find themselves in the Champions League spots. It has been a remarkable transformation under Ramadani, who knows that the job is not done with a difficult game coming up. It is imperative that a good first leg result is picked up by Ramadani’s men to have a chance of qualification to the second round.

Doubts on Champions League game between Ferencvaros vs Prishtina 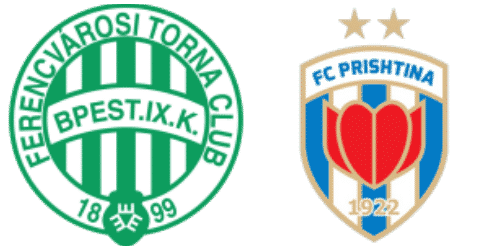 Where is the match scheduled? Groupama Arena in Budapest

Which team is the favourite to win? Ferencvaros