Scotland go in search of a famous fourth consecutive victory when they take on Faroe Islands at the Tórsvøllur in the midweek action. Scotland are sitting second in the group behind leaders Denmark by seven points and leading Israel in the third place by four points.

Faroe Islands remain just above the bottom following a 2-0 loss against Austria at home. Scotland picked up a victory from a 3-2 thriller against Israel thanks to a late winner from Scott McTominay.

Scotland are in pole position to reach the World Cup 2022. The victory over Israel has changed the fortunes for Steve Clarke’s team. Faroe Islands have lost three out of the last four games and their only victory during this run came against minnows Moldova. Despite having home advantage, Faroe Islands may not be in a position to even challenge Scotland.

After getting narrow 1-0 wins in September, Scotland came up with an entertaining five-goal thriller against Israel. The manner in which the team came back from being a goal down highlighted the urgency within the team. This is likely to reflect once again against a Faroe Islands outfit who have seen over 2.5 goals in three out of the last five matches.

QPR forward Lyndon Dykes has been in excellent form for the Scottish national team. He has been enjoying his best run with the national team after scoring in three consecutive games. The 26-year-old has also shown decent form at club level with four goals in nine matches in the Championship.

Top Betting Odds and Stats for Faroe Islands vs Scotland

Questions about Faroe Islands vs Scotland 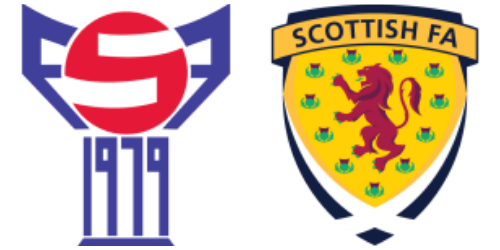 Where is the match scheduled? Tórsvøllur

Which team is the favourite to win? Scotland