After claiming a hard-fought win over Scotland, the Danish Dynamite are set for an easier outing against the Faroe Islands. The hosts succumbed to a 4-0 thrashing at the hands of Israel and it remains to be seen what the future has in stock for them.

The onus to deliver remains on Denmark, who have pole position in Group F with a perfect record. This is going to be the fifth meeting between the Faroe Islands and Denmark, and it looks unlikely that the result would be any different this time around. Kasper Hjulmand's men should make little work of the European minnows who could only muster one shot on target against Israel.

Denmark has scored 16 goals in their four qualifying fixtures and will be looking to ensure they build on this momentum. On the other hand, the Faroe Islands have only scored two goals but have seen their last three group game finished with an Over 2.5 goals scoreline thanks to their defensive record. Given the scoring prowess of the Danes and the Faroe Islands porous defence, we should have a goals extravaganza on our hands.

In their last three duels, Denmark has scored ten goals without a reply from the Faroe Islands. The Dynamites will surely be able to keep their rivals silent in this meeting given their strong showings in their qualifiers. After four matches, not only have they scored 16 goals but have yet to concede. The Faroe Islands has only scored twice in the qualifiers and this statistic will remain the same after September 04.

Faroe Islands vs Denmark: Check out the best odds and the latest stats

Match Preview of the Faroe Islands vs Denmark

David versus Goliath as Denmark travel to the Torsvollur

Hakan Ericson has a tough task on his hands as he oversees another failed qualifying campaign for the Faroe Islands. His charges have lost all four of their competitive outings, following their 5-1 win over Liechtenstein with an abysmal 4-0 defeat at the hands of Israel. Their fate is unlikely to change against the Danes, who will feel fancy an easy night out in Torsvollur at their expense.

Although with star man Christian Eriksen, Kasper Hjulmand still has a pretty decent squad at his disposal. While Ericson will be worried about the manner of defeat his charges will surely face, Hjulmand will be thinking of ways to dominate their hosts. With Daniel Wass showing scoring proficiency for the Dynamites, a big result is expected in their favour.

Questions About the Faroe Islands vs Denmark 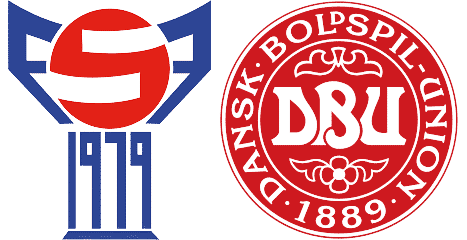 Where is the game being played? Torsvollur.

Which team is the favourite to win? Denmark.