Thursday night’s fixture between Manchester City and Manchester United gives Fantasy Football managers a huge dilemma. Do you back Jose Mourinho to continue his team’s good run, or will Pep Guardiola’s team react to their FA Cup defeat to Arsenal?

Make the wrong picks and it could hamper your chances of glory this season. Slip up at this stage and all your hard work could be undone.

Not so with Yahoo Sports Daily Fantasy Football.

With Yahoo Fantasy Football you can choose when you want to play and when you don’t fancy taking a chance. Rather than wait until the end of the season, you can win money every matchday, if you get your XI right…

You don’t have to top a league of thousands of entrants either, with contests of just 10 players available to enter.

Find out how to play and learn for free — alternatively make your first deposit (£5 minimum) and start earning money this weekend.

Wednesday’s Yahoo Daily contests include the highly-anticipated Manchester derby, so we’ve picked out four players you need to include in your selection.

Following his excellent performance against Burnley – contributing two shots on target, two key passes, and four successful dribbles, Anthony Martial was rewarded with a goal and an assist.

The average price for a player is £18, so to pick up a forward that looks to have finally found his form under Mourinho and who is tipped to start in a counter-attacking team, is an opportunity not to be missed.

With eight points for a goal, four for an assist and two for a shot on target, Martial would be a great addition to your line-up this week.

The injury to Zlatan Ibrahimovic and knocks that have made Paul Pogba and Ander Herrera doubts for Thursday’s game, opens up a huge door for the Belgian midfielder.

In the games against Chelsea, Anderlecht and Burnley, Marouane Fellaini has picked up over 30 points in Yahoo Daily Fantasy.

For £13, he is a bargain pick up. Whether it be from set-pieces, long balls or from a defensive point of view, the former Everton man may not be everyone’s favourite, but in terms of making you money against a smaller, weaker City midfield, Fellaini could be a real inspired choice.

Against Burnley, he won eight aerial battles, made two tackles and an impressive six clearances. He’ll be asked to do that and more on Thursday.

Most take-ons completed inside the opposition area this season:

In his last home game, Raheem Sterling finished with 53 points against Hull City. His away performances have not been anywhere near as eye-catching, but at the Etihad, on the bigger pitch, he is definitely a much more dangerous prospect

With six goals and six assists, there has been an improvement from the English winger since the arrival of Guardiola, but there is definitely more to come from the 22-year-old.

If Mourinho plays the same defensive style as he used against Chelsea at Old Trafford, Sterling will be perfect on the break and could attack the weak left side of United’s defence

Look for the winger to pick up points with crosses, assists and shots. 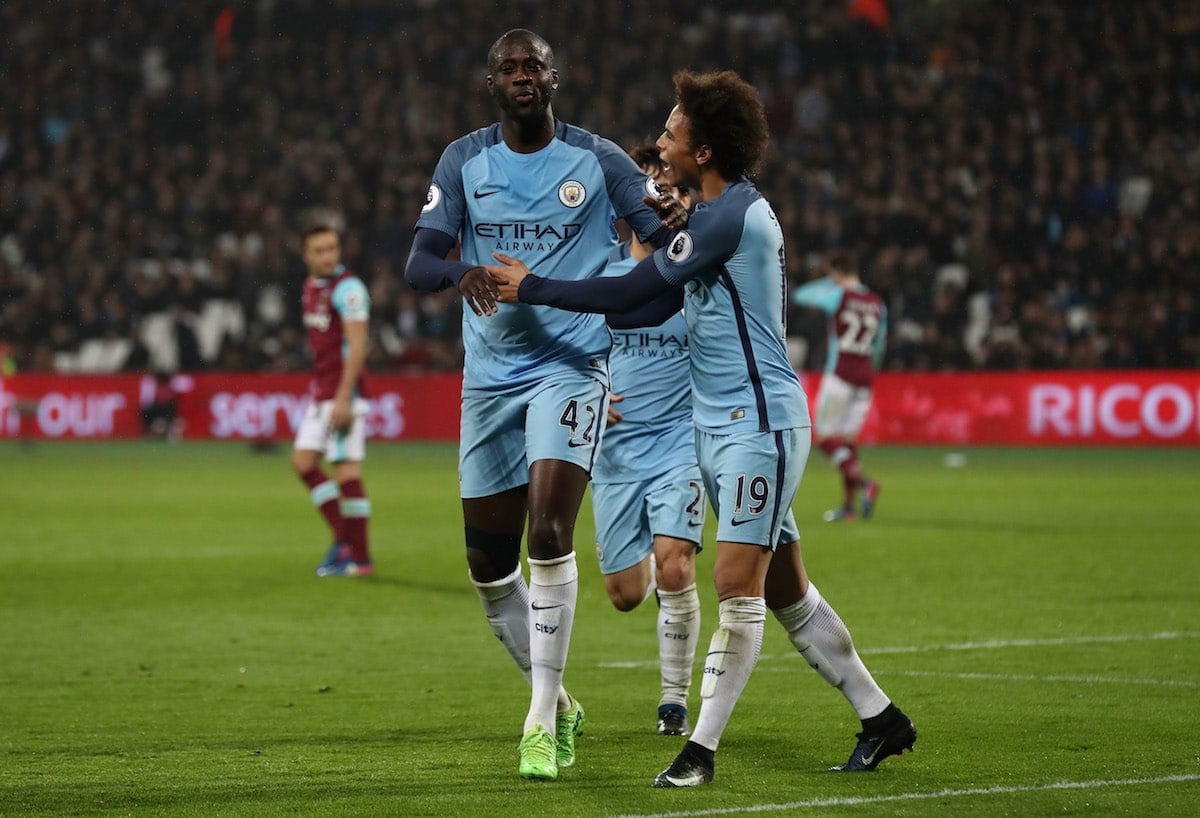 It would have been unthinkable a few seasons ago to have Yaya Touré available for less than the average price in any fantasy football game.

Fernandinho is a better defensive presence, but Yaya has that unpredictability to create chances from nothing. He scored an amazing 120 points at Wembley, after a 90-point effort against Southampton and 74 in the 3-1 win over Hull City.

If United sit deep to defend, there will be opportunities from distance for players like Yaya and Kevin De Bruyne to shot from distance. Something the former Barcelona man has made a point of during his career.