When someone has won three league titles, three domestic cups and the UEFA Europa League, it is odd to speak of redemption. Yet, Radamel Falcao returns to Manchester on Tuesday, ready to show the city where his career fell flat that he is back to his devastating best.

Pep Guardiola’s Manchester City face a AS Monaco side that has scored 76 goals in 26 league games, a club with nothing to lose and everything to gain as they enter the Etihad pitch.

They are far from a one-man team, with 14 different players finding the net in Ligue 1 this campaign, but the spearhead of the attack is the Colombian hit-man who was a one point recognised as the best striker in Europe.

Pep Guardiola on Radamel Falcao: "The way Monaco play is perfect for him. I am happy he is back and scoring goals." pic.twitter.com/auGjDUh14f

In 2013, the forward made the surprising move to the principality, joining the new era at Monaco, and he hit the ground running, scoring seven goals in seven games.

Many look to the devastating knee injury in the Coupe de France to the moment where everything took a turn for the worse, but the situation had turned sour way before that.

His form had dipped, scoring just twice in 10 league games, accumulating in the unforgettable moment when he was subbed off after 63 minutes against FC Nantes – much to Falcao’s confusion.

Monaco became a better team without the forward, defensively sound, well-organised and Leonardo Jardim had put his pragmatic stamp on the club. 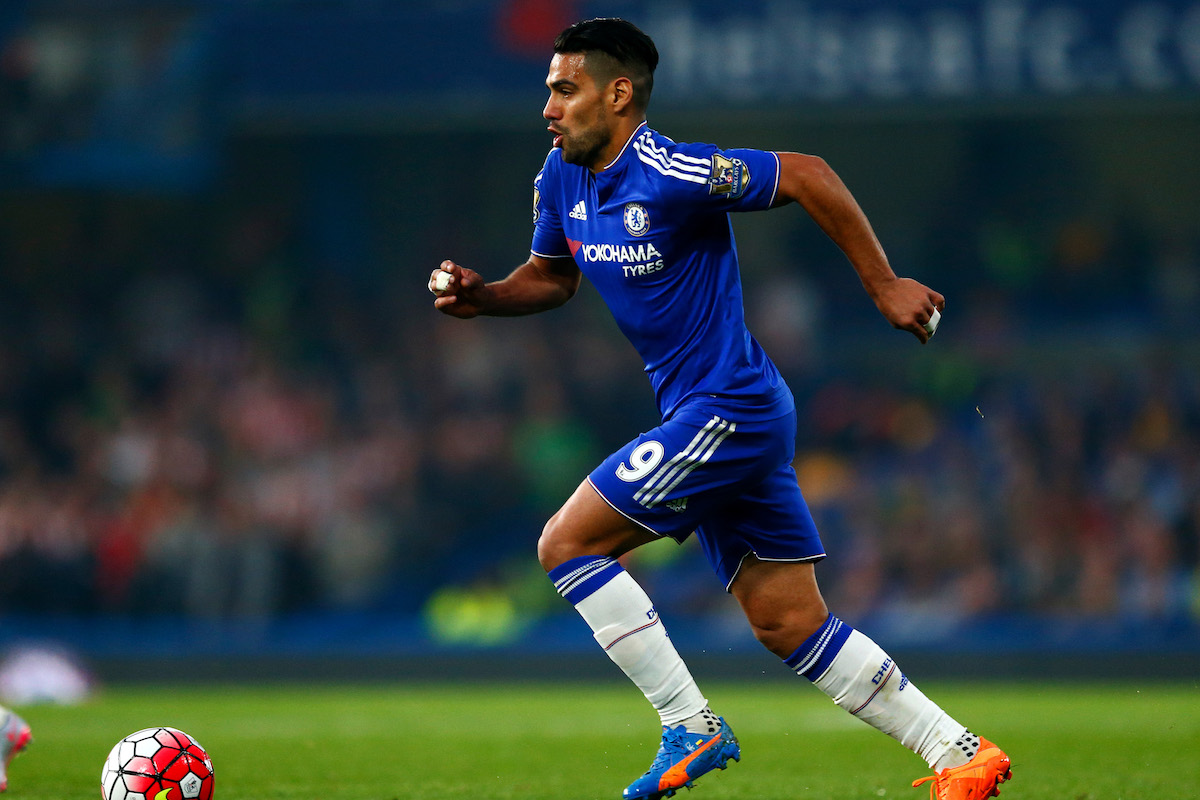 Failed loan spells to Manchester United and Chelsea followed, the centre-forward looking to re-launch his career. In 36 appearances, starting just 15 games, he scored five goals in the Premier League, but he doesn’t regret his time in England.

“I had the opportunity to play in the Premier League, and I did it. I have kept the positive things of that experience,” he told reporters earlier this season. “I developed as a player but also as a man.”

On his return to the Cote d’Azur, his coach, who was a huge influence on him making the return to Ligue 1, had his own theory on why Falcao had flopped.

“Falcao's problem wasn't only his knee injury but also that he left to go and play elsewhere for two seasons, in Manchester and then at Chelsea,” Jardim said. “He tried to continue playing at a high level when normally when you have an injury like that, you stay at your club to try and get back quickly.”

Paired with Valère Germain, another forward who had never quite had his chance at Monaco, although a club youth product, the duo has worked together to devastating effect, but Falcao’s success is as much of a team effort than just down to the Colombian’s ability. 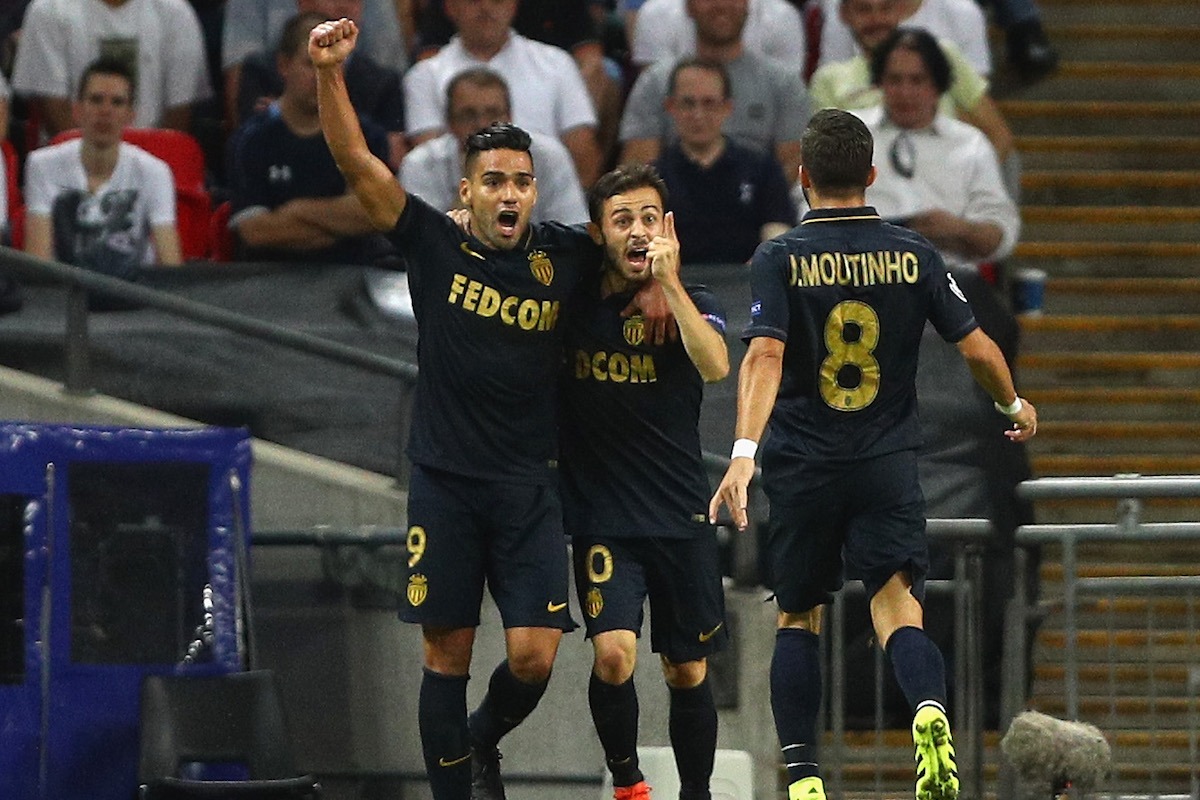 Jardim stumbled across the 4-4-2 formation that Manchester City will face on Tuesday. Falcao is not a target-man, he’s not a link-up forward, he is a finisher. Most the 31-year-old’s chances come from the service he is given from wide areas.

A burst of movement, a well-timed run, Falcao gets on the end of the ammunition provided by six attackers that buzz around him. Manchester United target Bernardo Silva and Thomas Lemar, who is linked with a summer move to Manchester City, are key to ASM’s attack.

When Monaco break, with the wide midfielders cutting inside and the full-backs bombing forward, it is almost a 3-6-0 formation. With all the other bodies to keep track of, it’s astounding how often Falcao manages to get himself free inside the penalty area.

“He has a little less strength, but more experience,” head coach Leonardo Jardim reasoned earlier this month. “That’s life, it’s like that.”

Falcao plays in the areas where the defenders can’t quite see him. Lurking from the shadows to become free in the one place you don’t want to lose track of him.

As you can see below, with the defender’s attention on the ball, the former Atlético Madrid forward keeps his distance and the quality ball from the left finds him unmarked to add the deadly finish. 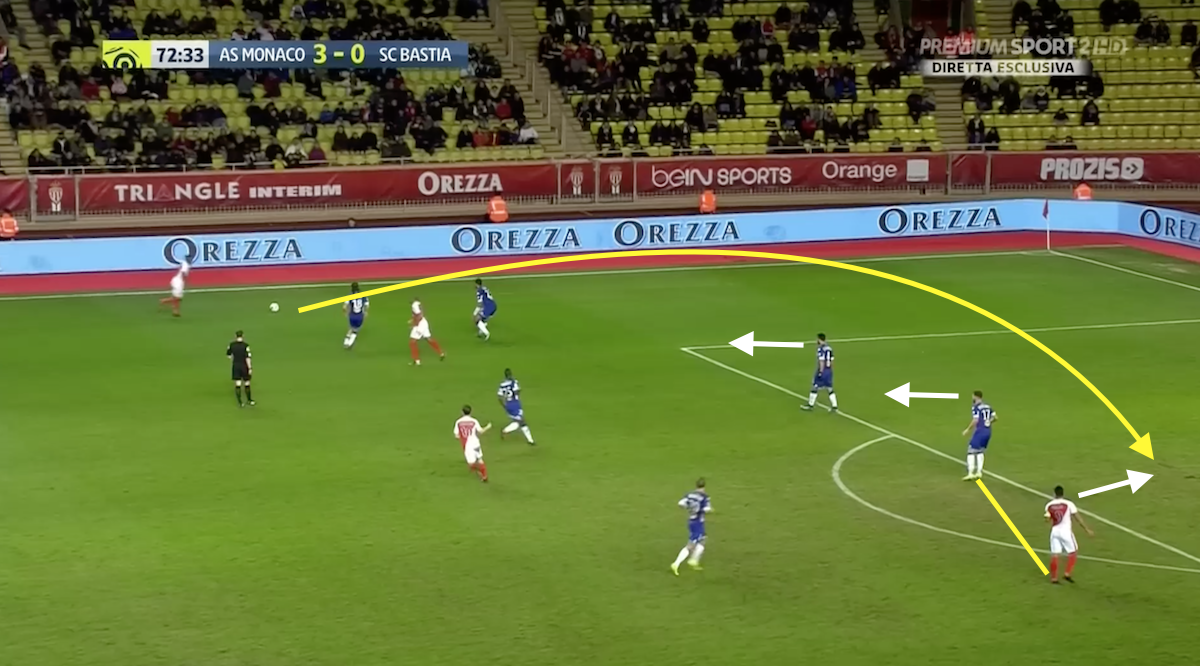 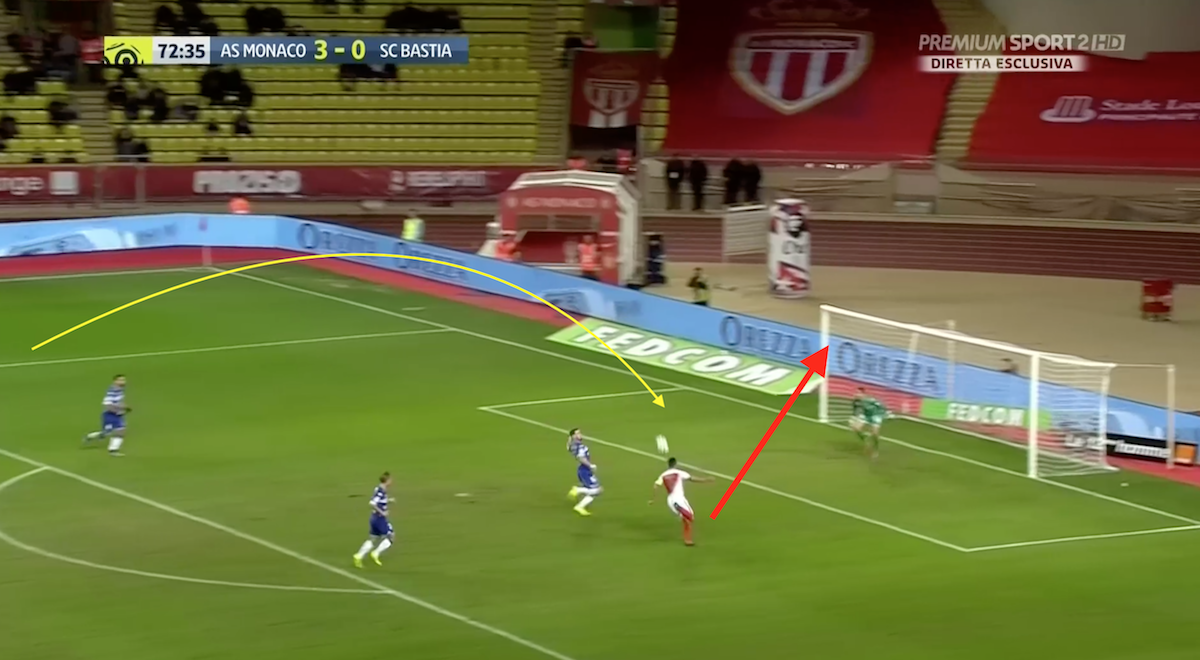 As a striker, he has transformed himself. Recognising that he doesn’t have the pace to get past defenders, or the physical ability to challenge the bigger, stronger, Ligue 1 defences, he relies on his movement.

His partnership with Germain instantly clicked and both know when to run, when to stay and how to pull the back four around the pitch to manipulate space and opportunities.

We haven't had to work on our understanding much, it came about very naturally,” Germain told French TV in January. “The coach paired us up at the start of the season and it clicked straight away.”

“We know that when one drops in, the other has to run in behind, we also do our bit defensively. I think we are two intelligent players who don't need hundreds of pointers to know how to best help the team.”

You could see that against Marseille, with the French forward pulling the OM defenders to the right and Falcao holding his run on the left. Djibril Sidibé picked out the pass and the Colombian was free to compose himself and find the finish. 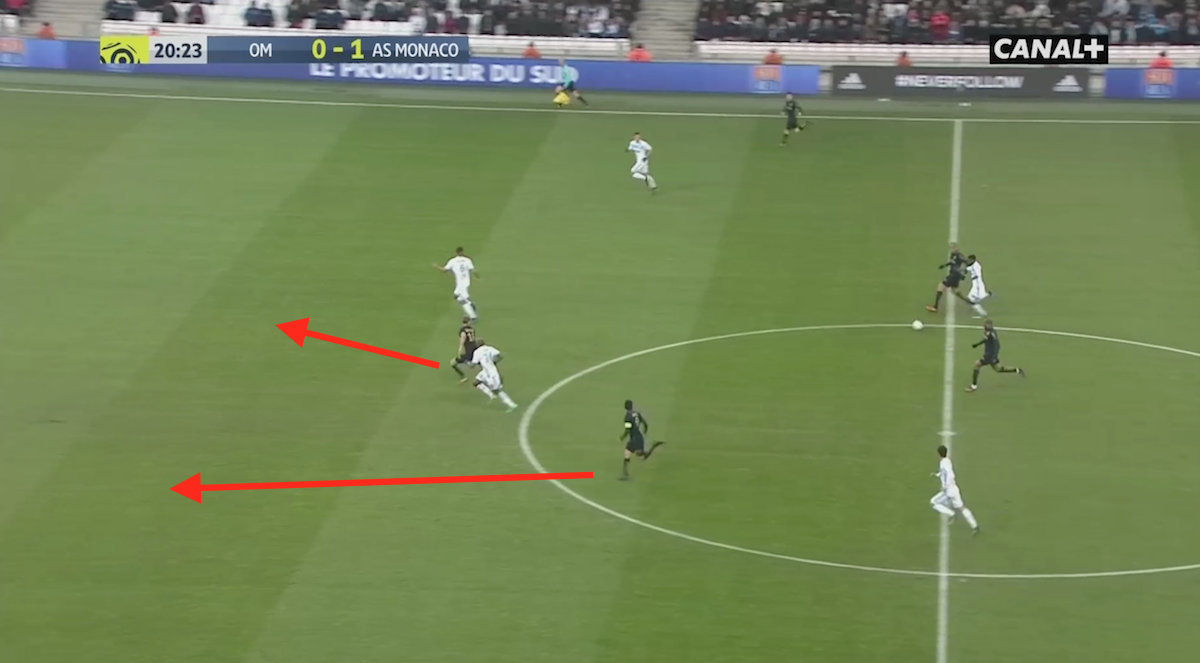 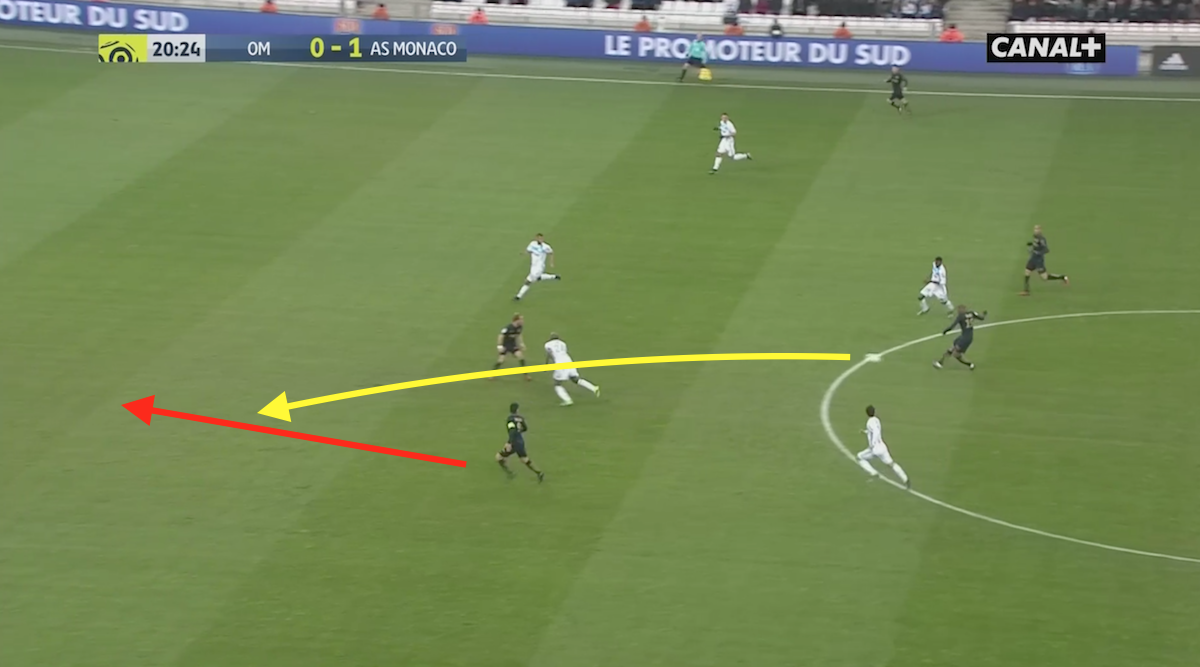 During his first spell in Monaco, Falcao averaged 3.2 shots per 90 minutes, that has risen to 3.4 this term, reducing his shots from outside the area from 1.2 to 0.9.

His style has definitely changed, going from 2.1 attempted dribbles per game to 0.9, plus, due to his improved movement, he’s winning more headers, from 1.2 per 90 minutes to 1.7.

The Colombia international is not seeing less of the ball, averaging 23 passes compared to 23.6, but his key passes has jumped up from 0.5 per 90 minutes to 1.2, although his pass completion has dropped from 84.7 to 77.9 per cent.

Yet, with 16 goals and three assists, he has become a more rounded striker. 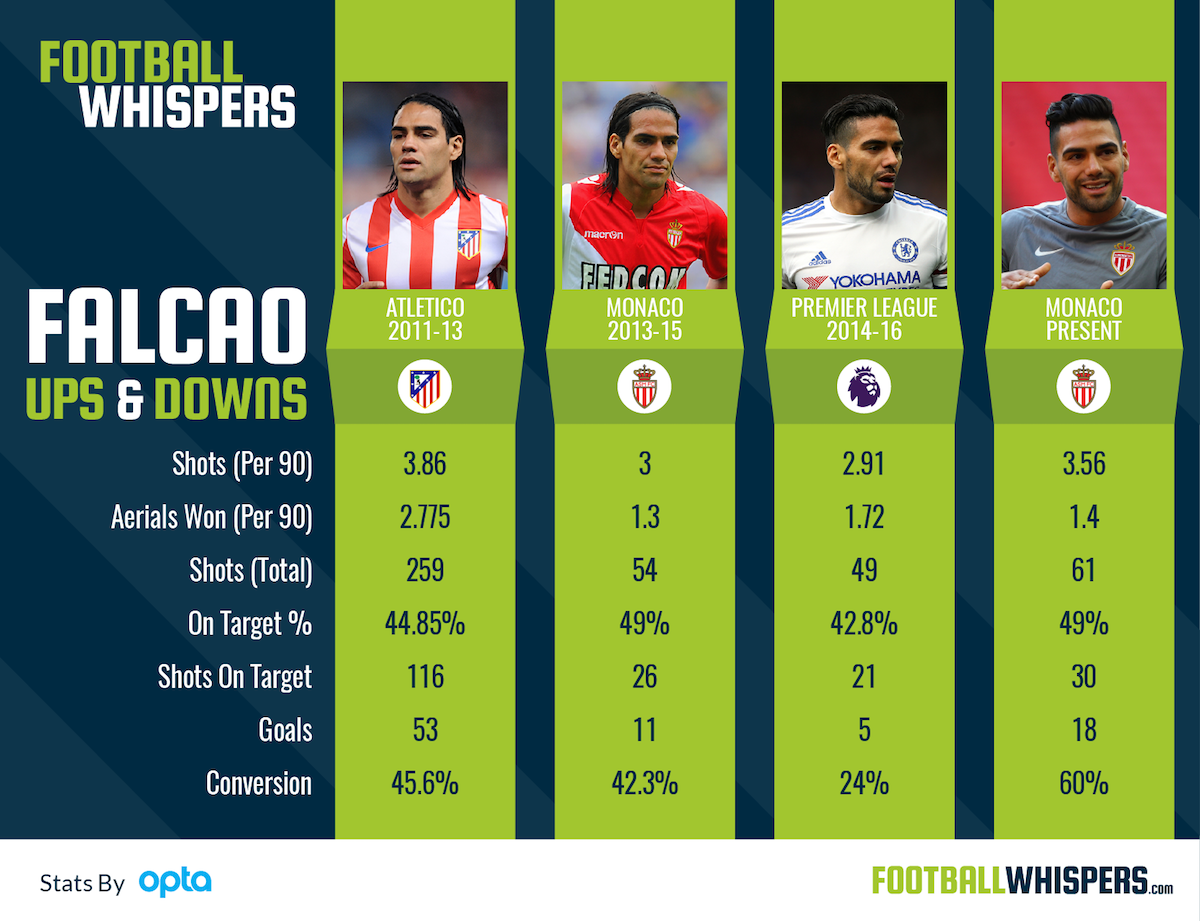 What he was also missing was a supporting cast that work together to get the best out of Falcao. It’s not like Zlatan Ibrahimović, when the collective suffers to benefit the individual, his style and the skill that his team-mates have gels perfectly together to devastating effect.

“In England, I had two complicated years. There were a number of reasons for that… The context was not easy there. And it was even more difficult because I was not playing.

Now he is back playing, he’s healthy, in-form, dangerous, and ready to show the Premier League, and Manchester City, that he is still one of football’s deadliest strikers.