Arsenal and Tottenham Hotspur had to find out the hard way. Both London clubs over the past couple of years, have felt the wrath of Fabinho. He may not sound like the most vicious of evil superheroes, but the AS Monaco player is quickly becoming one of the most sought after talents in Europe.

Versatility is becoming a huge attraction to teams these days, and the Brazilian is as multi-functional as they come.

Initially, he joined the Monegasque club as a right-back and there was no doubt about it, he was superb. After turning just 21 years old, on loan from Rio Ave in Portugal, he started 35 games in his first season in Ligue 1.

That was just the prelude, and he would score six times and add four assists in what should have been his difficult second season. He averaged 3.2 tackles per game, made 2.2 interceptions and 2.5 clearances. Fabinho is the epitome of your all-round player. Able to rampage forward, but defensively sound. There was no surprise that he was linked with both United and Manchester City in the summer.

Most stories seem to still report him as being a full-back, but over the past 12 months he has gone through a change and Arsenal got to see it first-hand in the round of 16 Champions League clash in 2015. Missing a couple of midfielders, Leonardo Jardim moved Fabinho from right-back to the centre and he was phenomenal. 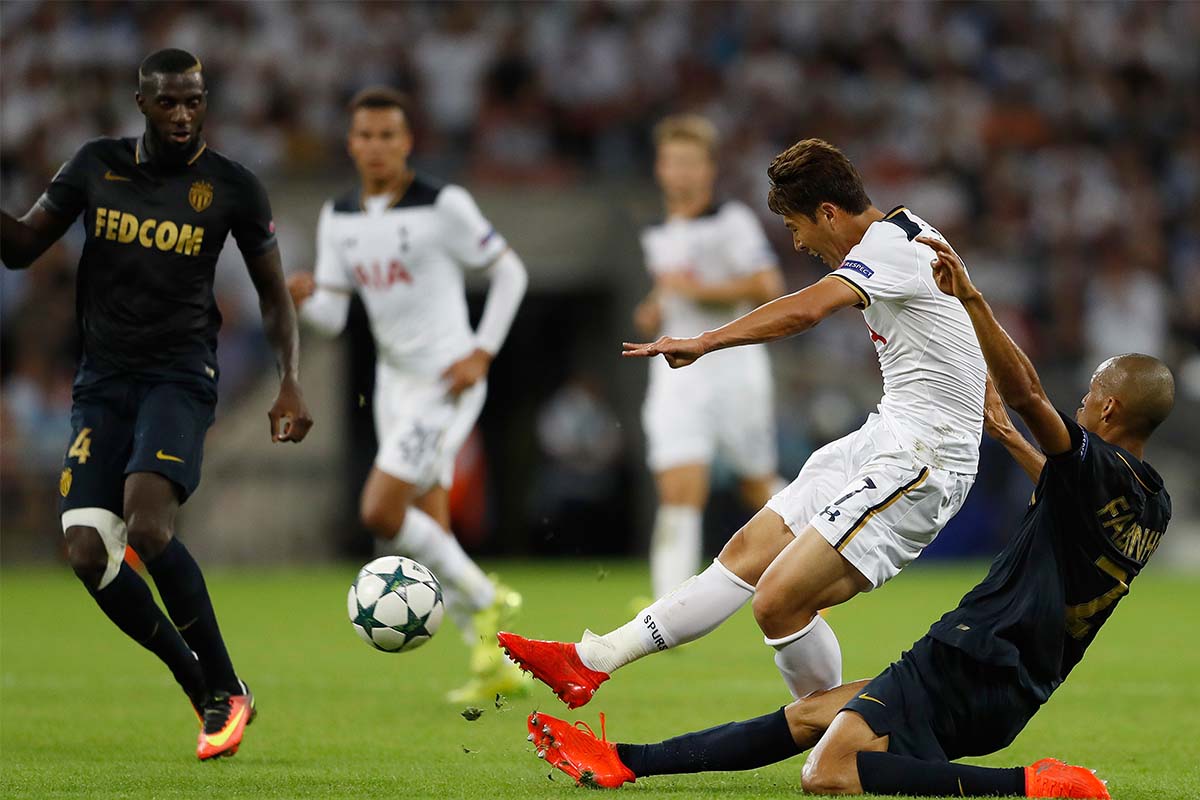 Recording three tackles, three interceptions and two clearances. He also completed 87.8% of his 41 passes. Compared to Francis Coquelin in that game, the Arsenal player had one less interception, picked up a yellow card and was brought off after 67 minutes.

Showcasing his versatility, he would return to the defence for the second leg and again played both positions in the Champions League quarter-final against Juventus. Fabinho would end last season playing on the right of the defence, but this term, as Monaco has stormed the league and Europe, the 23-year-old Brazilian has been in the heart of midfield.

However, there are still doubts over what is his best position: “The coach makes me play in the middle and the team has played well,” said the former Real Madrid youngster. “We’ve found our balance that way. He told me he sees me more as a midfielder than a full-back, and in fact, I like playing in the middle. It’s a difficult situation, because I like that role, but I would prefer to play right-back.”

This season, playing beside the highly rated, Tiemoué Bakayoko, in Monaco’s 4-4-2, Fabinho has average 3.9 tackles per game, that puts him in the top five in the league. While he’s also found a way to chip in with four goals, including a stunner against Lille OSC.

At this stage of his career, he looks like he is going to develop into a wonderful midfielder, but he still has the potential to blossom into a world-class right-back. It’s a position that is rapidly changing within the modern game. More teams are going to three at the back, with rampaging wing-back’s suddenly in vogue.

Fabinho has the defensive awareness to cover, that has helped him adapt massively to his new role, but he is also a weapon in the final third. Rarely, when he does get near the opposition's penalty area, does he over delay the final ball. With either one-touch, or first time, he will look to deliver a dangerous cross. The Brazilian can produce quick and constant service into the box, the sort of service that any good striker worth his salt would thrive on.

In the summer, Monaco signed Djibril Sidibe from Lille OSC and although he had been playing at left-back, the Frenchman is a natural right-back and that gave Jardim the players he needed to keep Fabinho playing through the middle. Although not as defensively impressive as Fabinho, he is a willing attacker and fills that role perfectly. Injury to Joao Moutinho has helped the side settle and the Brazilian’s partnership with Bakayoko has been one of the best in France.

After beating Spurs both home and away in the Champions League, Fabinho has seen his stock rise again. At the Stade Louis II, it was his bright thinking and great feet that broke into the box and won the penalty. Falcao stepped up and missed, even though the midfielder has scored four times from the spot this season, but luckily they still picked up the victory.

Fabinho has managed to combine the best points from each position he can play and has developed into a consistent, if not spectacular central midfielder. He reads and understands the game extremely well, which allows him to stop danger before it happens. When he's forced to go to ground, his tackles are usually well-timed and successful.

Now, playing beside Bakayoko, who takes on the role as a destroyer, allows the 23-year-old to show his attacking side again, which slowly is letting Fabinho express himself more and more.

“Fabinho has shown all his talent since his arrival and we are happy to sign him permanently,” expressed Monaco vice president Vadim Vasilyev when the club announced his permanent deal back in May 2015.

“His versatility, his youth and his attitude mark him out as a player with a big future. It's also a source of pride to see him make it into the Brazilian squad.”

Monaco have planned for Fabinho to be one of the young players that they built their new-look squad around, and now he has extended that deal till 2021, there may be constant speculation about his future, but the southern side have almost guaranteed themselves a huge deal when it does eventually happen.

One thing leaning in Monaco’s favour will be where potential buyers see him playing. If scouts want him as a full-back, they are not going to see him in that position any time soon.

As a midfielder, he has continued to impress, his displays in the Champions League against Spurs will have impressed. If you want a player that can pass, tackle, get forward, cover back and score the odd screamer, Fabinho is your man. If you also want an eye-catching full-back, put your bids in now.