“To be fair, I just love talking so whoever wants to talk to me I'll have a chit-chat with them!” said Fabian Delph back in 2013.

He was an Aston Villa player at the time, understandably in a cheerful mood as he was enjoying a rare injury-free run in the side. Since joining the club from Leeds United in 2009 as one of England's brightest young prospects back then, he had endured a terrible time with injuries. In fact, shortly after his arrival at the club, he suffered a ruptured cruciate ligament which ruled him out for some time.

In his first three years with Villa, Delph made just 26 league appearances. The following season, under new manager Paul Lambert, he got himself fit enough to turn over a new leaf.

His good form as a result of staying fit and getting consistent playing time even prompted talk of him getting a new contract. “I'd love to be here for the rest of my career but that's not up to me,” he said in the very same interview from where the opening quotes were taken. Unfortunately for Delph, his love of talking would land him in a spot of bother.

Just over a year later, in January 2015, Delph would get his new contract, one that would take him through to 2019. His initial deal was due to expire that summer, so when he signed his team-mates, though happy, were also surprised, as they probably expected him to leave on a free, given Villa had been battling relegation for the past three seasons. 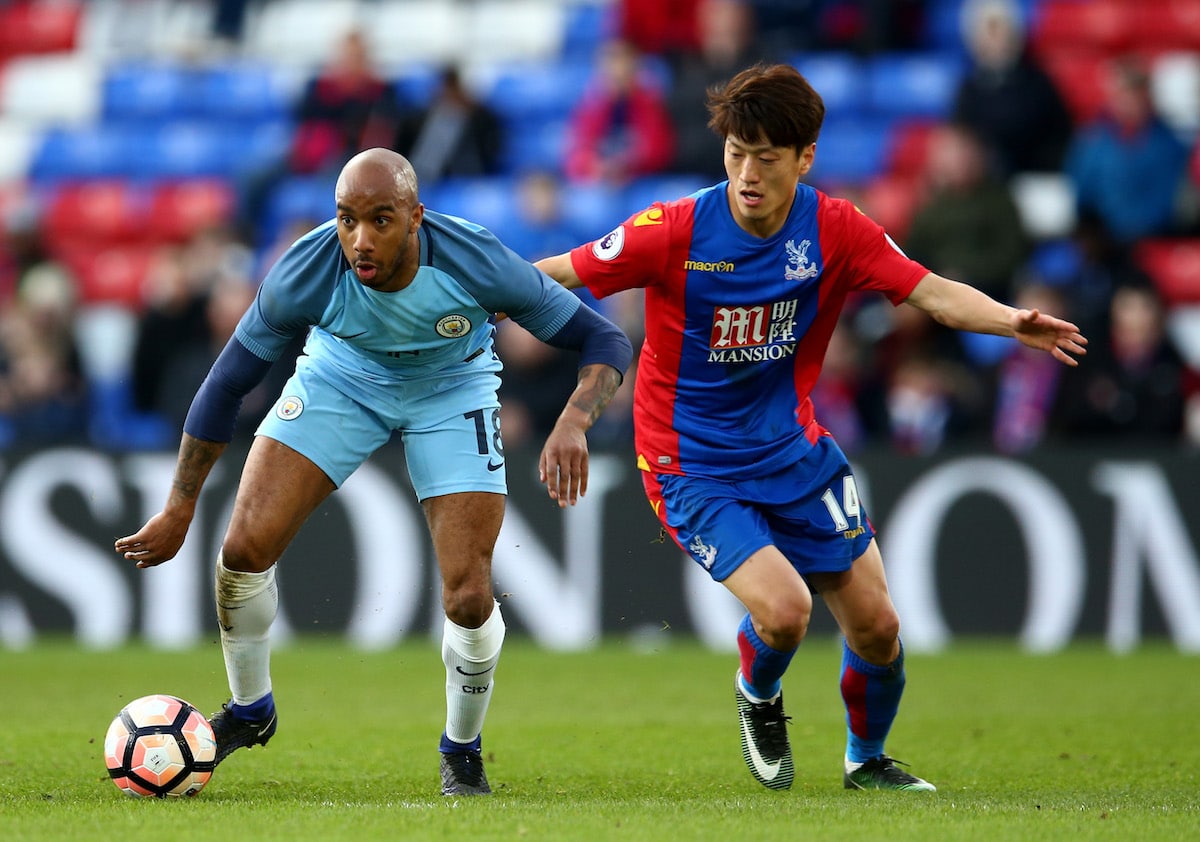 But Delph – at the time – was committed to the cause. “They see a lot in me and how dedicated I am and how I want to push on,” he said at the time. “They’re delighted to keep someone like me here. I see them as family, brothers, I’d run through a brick wall for them. They’re not just team-mates.”

Mere months later, however, during the summer transfer window, he undermined that commitment and dedication – every good thing he had done at Villa, in fact – by poorly handling his eventual transfer to Manchester City.

“I’m aware there has been intense media speculation surrounding my future in the last 24 hours and I want to set the record straight,” he said boldly via the club's official website. “I’m not leaving. I’m staying at the football club and I can’t wait for the start of the season and captaining this great football club.”

Strong, reassuring words they were, only for Delph to do a complete turnaround six days later and sign for City in an £8million deal. Villa fans were livid, not because Delph wanted to leave, but because of the manner in which he did. He was too quick to talk and could never take back his bold declaration that ultimately led on all concerned with Aston Villa.

Upon his first return to Villa Park with City in November 2015, he was roundly booed by the fans that once cheered him. Some of them even held up inflatable snakes, making it absolutely clear what they thought of him.

Fast forward to 2017 and it is safe to say that it has not been worth it. Just like at Villa, Delph has struggled with injury problems throughout his City career. And when he has been fit, games have been hard to come by.

Currently in his third season at the Etihad, he has made just 26 league appearances to date, just like in his first three years at Villa. Under Pep Guardiola this season, none of his four appearances have come from the start and they combine to total just 39 minutes. 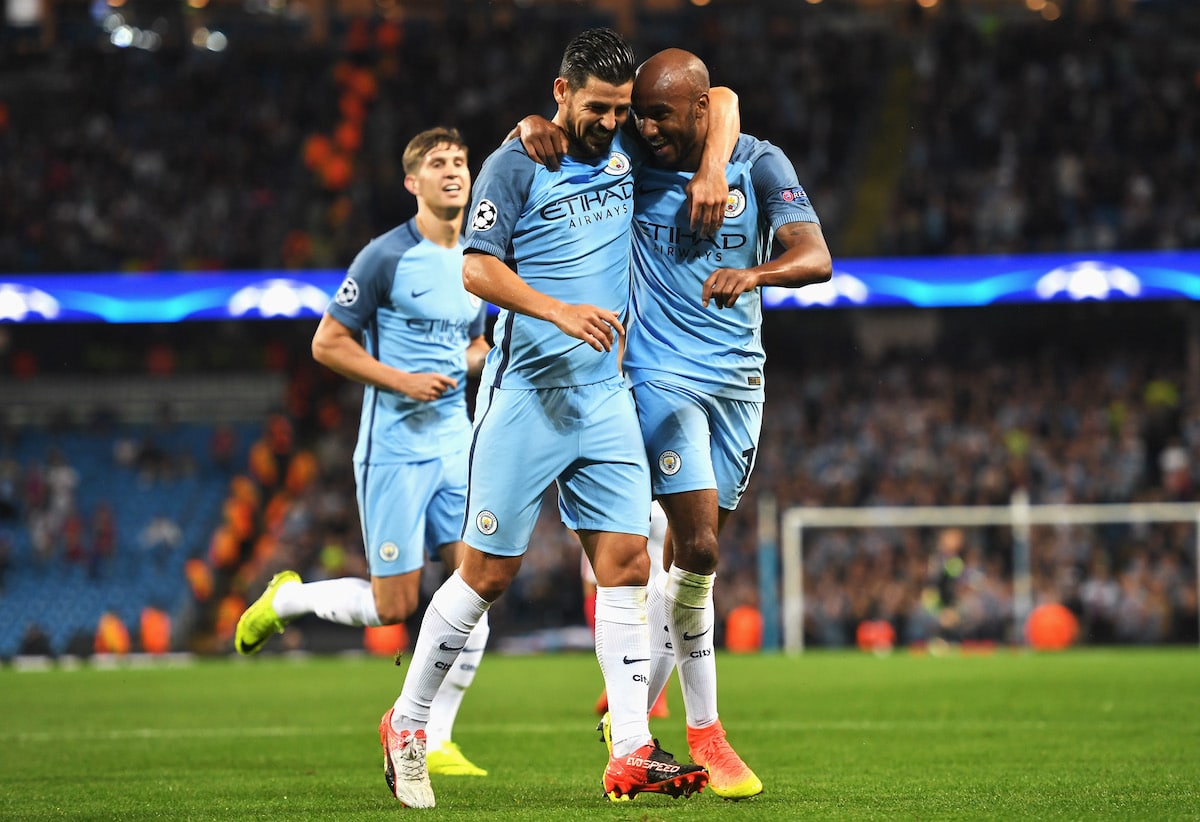 He has been fit since about the turn of the year and is ready to go following four-and-a-half months out with a groin injury that ended up requiring surgery, but he has found that he needs to be a bit more patient in his quest for regular game time.

He was even linked with a temporary move away in the January transfer window, including to, of all places, Villa. “A couple of mates have said to me, ‘You've been linked with X, Y and Z' but I've not given it any thought. I'm happy here,” he said near the end of the window.

But with City clicking into gear and Guardiola pretty much settled on his starting line-up, where does Delph fit going forward? In the first place, he was brought in mainly because the Citizens were keen to boost their home-grown quota following James Milner's move to Liverpool and Frank Lampard's to New York City FC. But Guardiola seems to have a role for him to play.

“The manager has a lot of different systems and it is all about learning different positions,” said Delph last July following his first three weeks under the Spaniard.

“I am on a big learning curve. If that can keep going I would be very happy. I don't think I will be a centre-back but you will be pleasantly surprised.”

Not centre-back, but what about left-back? With the likes of David Silva, Yaya Touré, Fernandinho, and Kevin De Bruyne all ahead of Delph in the pecking order for central midfield berths, plus Ilkay Gündoğan when he returns from injury, left-back could well be where his future lies.

Neither Gael Clichy nor Aleksandar Kolarov have convinced this season. With both not in the squad for what was a hugely memorable game at home to Monaco in the Champions League, the trusted Fernandinho found himself deputising there.

Delph has played there before – regularly while at Leeds and on the odd occasion at Villa – and so would have no problem reverting to the role. He certainly ticks all the boxes where the desired qualities are concerned: energy, bite, technical ability, to name a few.

“I'm an energetic player and I'm going home with too much energy at times and I'm running up and down the walls,” he said back in January. No doubt, he would offer good width and movement down the left side and should have no problem tracking back to fulfil his defensive responsibilities. 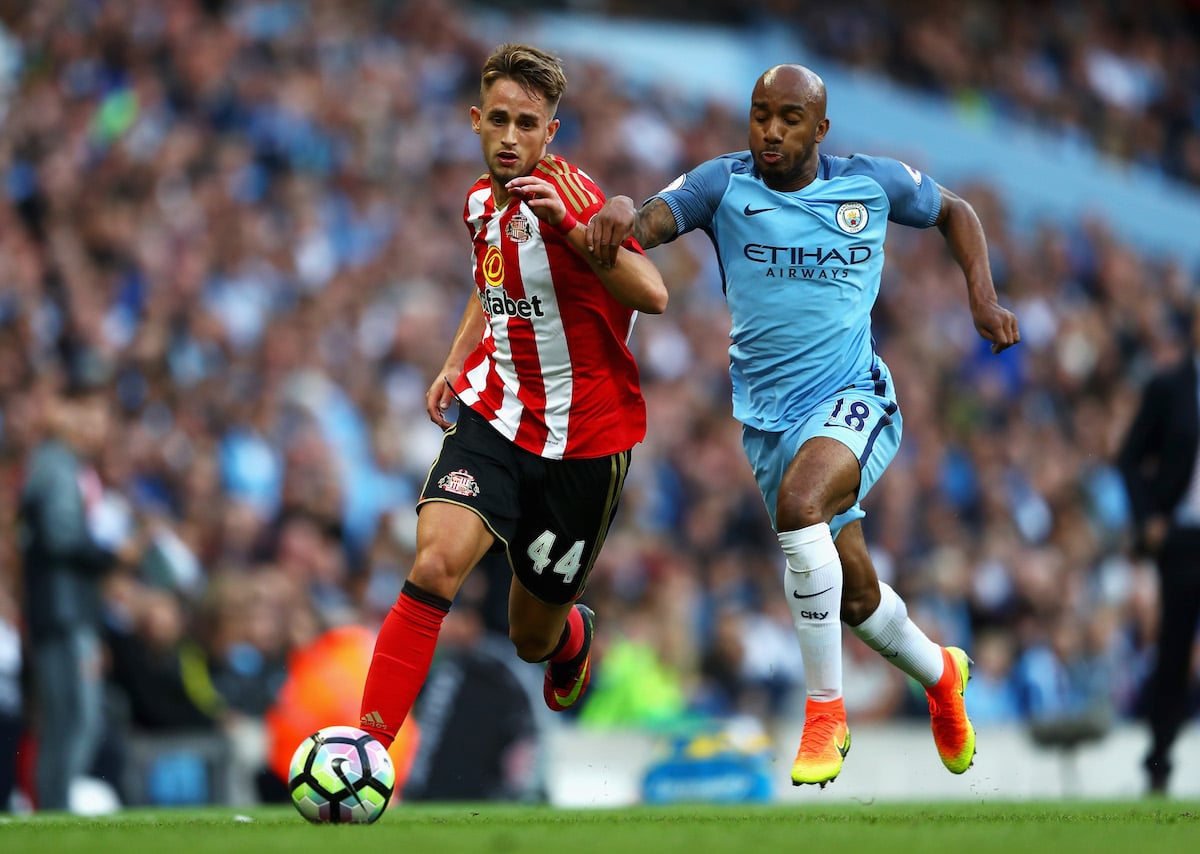 Speaking of which, as far as bite is concerned, he is not afraid of jumping into a tackle, averaging at least two per game in his six years at Villa. It is a good thing and a bad thing, as while he sometimes gets the ball, other times he injures himself and/or gets into trouble with the referee. He amassed a total of 21 yellow cards in the league during his time at Villa.

“I don't think you'll curtail the way he plays the game. That's him,” said his former manager Lambert. “But then I don't think there's any doubt he'll learn when to go to ground and when not to, but that'll come with the more games he plays and the more experience he gains.”

Delph will be 28 years old this year, an age when he is supposed to be reaching his peak. If he has not changed by now, chances are he never will.

Regarding technical ability, with the ball at his feet, he can maneuver his way past a player or two down the flank. He led his team in dribbles in each of his last three seasons at Villa, when he featured regularly in the side, completing 34, 57, and 61 respectively.

He called himself a “forgotten man” as he lamented the way things have gone for him this season, but there is some hope yet. Guardiola said he wanted to see more of Delph before making a decision on his future. Trying him out in this role would afford him a decent opportunity.

Have Manchester City Turned A Corner Under Pep Guardiola?