The FA Cup third round weekend is like no other in the game. It’s an opportunity for David to be pitted against Goliath; a team of window cleaners, brick-layers and plumbers facing the big boys of English football with a chance of maybe, just maybe, upsetting the odds and throwing the form-book out of the window to cause a shock that will be talked about for years to come.

Of course, we all know such freak results are rare, that’s the beauty of it, but as long as there is a possibility we’ll all be fascinated by this most intriguing and entertaining few days of football that comes around but once a year.

Here’s a look at some of the most surprising and shocking results from the very early stages of the world’s oldest domestic knockout cup competition. 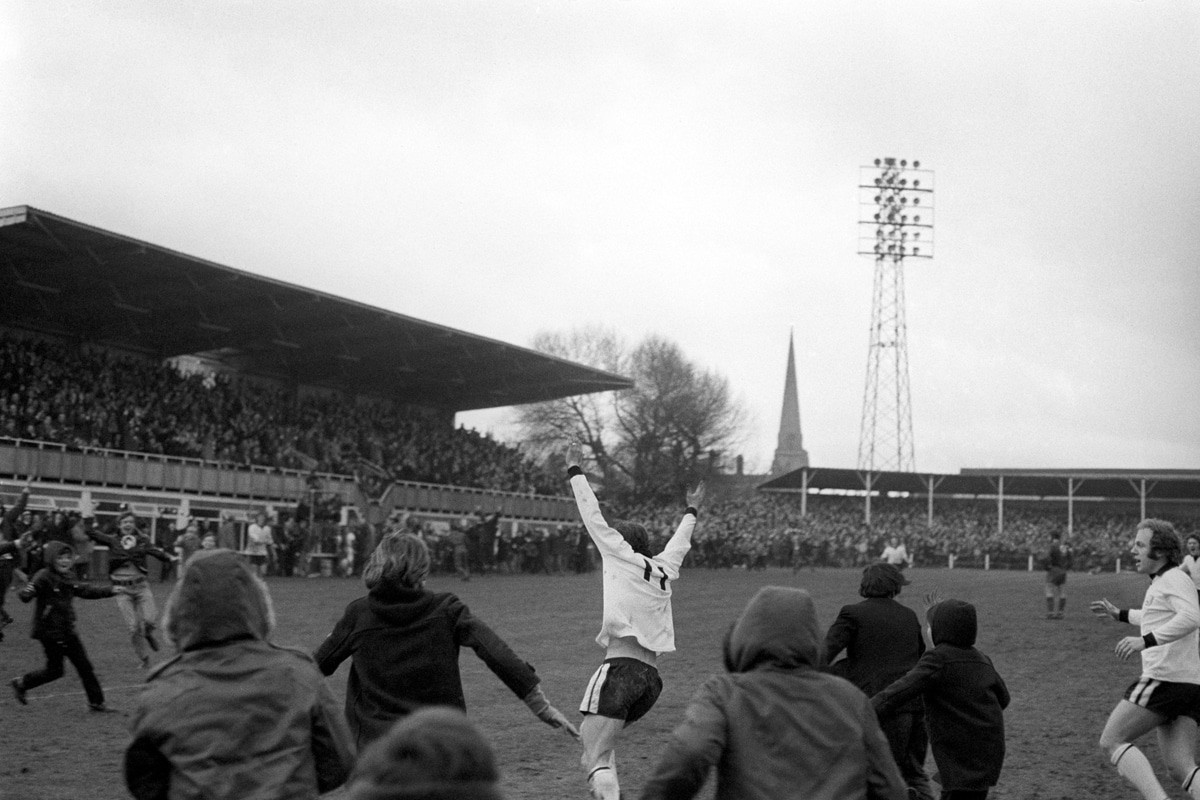 This clash between lowly Hereford United and Newcastle United at Edgar Street on the 5th February 1972 is everything the FA Cup is about. The game had it all, from a mud-bath of a pitch to fans watching from trees and pylons to kids in Parker jackets and teddy bears in the stands.

Although it's often not mentioned this game was actually a replay, after Hereford had earned a remarkable 2-2 draw at St James’ Park to earn a second bite of the cherry a few days later.

The Magpies took the lead thanks to a Malcolm McDonald header, the very man who had claimed he would “score ten” in the replay, but Colin Addison and his team responded in the best way possible. Right back Roger Griffiths, who had somehow managed to play most of the match with a broken bone in his leg, was eventually taken off and replaced with Ricky George.

Just moments later Ronnie Radford played a one-two with Brian Owen, which almost got stuck in the mud, but he still managed to fire an incredible drive to score probably the most famous goal in the history of the tournament. Then, in extra-time substitute George managed to wriggle free of his marker and fire a shot beyond Willie McFaul to spark a huge pitch invasion which might even be more famous than the goal itself.

Manchester United had won the famous old trophy the previous May against Brighton but they crashed out at the first hurdle the following season when they were beaten by Third Division Bournemouth under the guidance of a certain Harry Redknapp.

The first half was played out with little to write home about, but in the second 45 the hosts began to take the game to their more famous opponents when, on 65 minutes, Milton Graham scored after Gary Bailey made a mess of a corner.

The Dean Court crowd went mad, though few believed they would actually go on to win the tie, but just moments later Thompson grabbed a second and the Cherries had the most memorable victory in the club's history.

On January 4, 1992, Wrexham were officially the worst team in the land and sat at the bottom of the Fourth Division. So few fancied their chances when they were drawn against First Division champions Arsenal at the Racecourse Ground; but the Welsh side went on to achieve one of the biggest upsets in FA Cup history.

With uncertainty hanging over the club, due to financial difficulties, Wrexham were struggling off the pitch, as well as on it, and when the draw was made and they faced second placed Arsenal – who had lost only one game en route to the title the previous year – many saw it as simply a huge pay day. 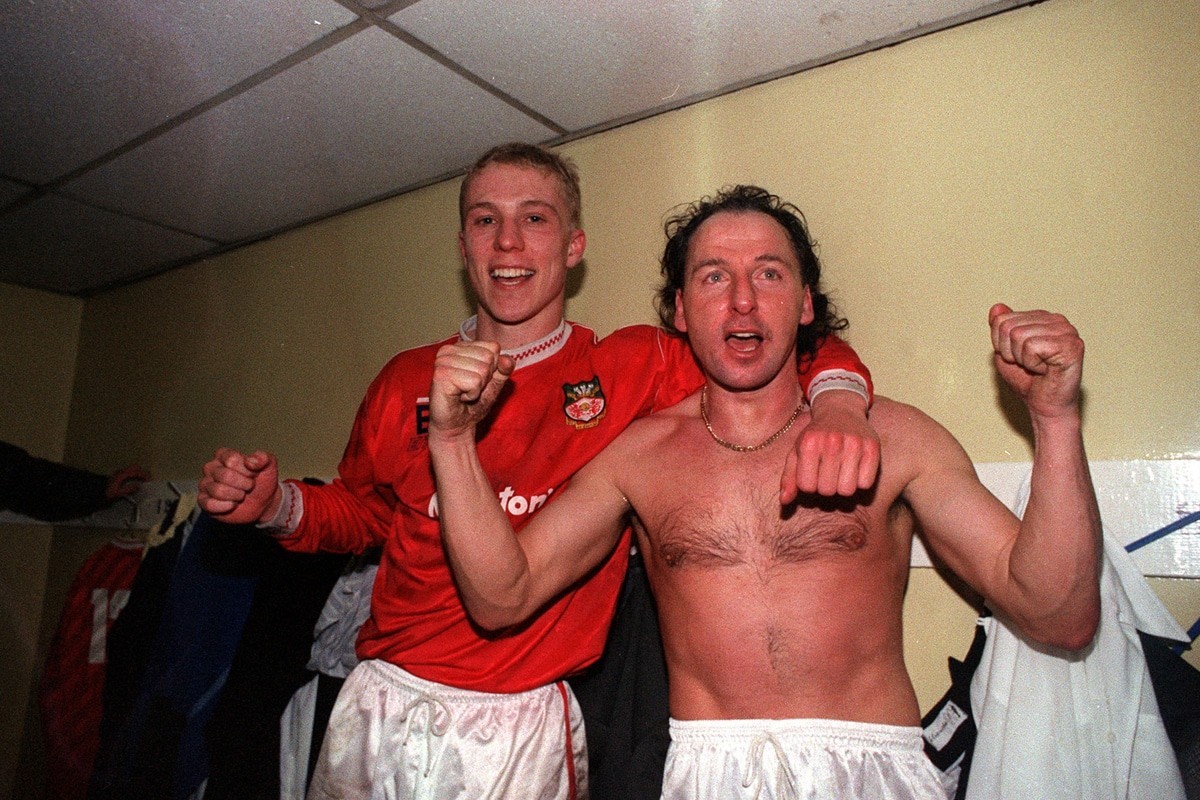 Arsenal took control early in the game and could have been two or three up before Alan Smith tapped in on the 43rd minute after some fine trickery from wing man Paul Merson.

But if there was ever a game of two halves this was it, as the home side made a real fist of it after the break and embarked on one of the most dramatic turnarounds ever. Mickey Thomas, rifled home a thunderous free-kick before Steve Watkin grabbed the winner in the dying moments, and there was even time for Arsenal to have a late “equalizer” ruled out too.

At the final whistle the Wrexham players went crazy and so did the fans as they ran onto the pitch to celebrate with their heroes — only for ex-Gunners boss Terry O'Neill to ring into BBC Radio 5's phone-in show and bizarrely claim that: “Wrexham are joking if they think they've won that game.”

In 1987 Coventry had stunned Spurs to win the final at Wembley and going into this game were in a comfortable position in the top half of First Division. Sutton, on the other hand, were playing in the General Motors Vauxhall Conference and their manager, Barrie Williams, was a former history teacher who liked to smoke a pipe and quote Shakespeare.

Incredibly, Sutton took the lead through their captain Tony Rains after a well-worked near post corner. Any thoughts of a massive upset were soon snuffed out when Coventry’s David Phillips equalized early in the second half and normal service was resumed. Or were they?

With Coventry going for the jugular Matthew Hanlon stormed into the box and fired home a sensational goal as the home crowd went nuts. Coventry threw everything at their opponents to get an equalizer and even hit the bar and the post, but Sutton held on to record one of the greatest upsets in FA Cup history.

Due to the magnificent history these two huge clubs share it’s hard to describe Leeds United’s win at Old Trafford in 2010 as a shock, but that's exactly what it was.

Leeds were a third tier side at the time and a mere 42 places behind their opponents that day, who were also the reigning Premier League champions and runners-up in the previous season's Champions League. Everyone — probably even the 8,000 fans who had made the journey from Yorkshire — expected the Manchester club to beat their bitter rivals and embark on another assault on silverware; but that's not what the FA Cup is all about. 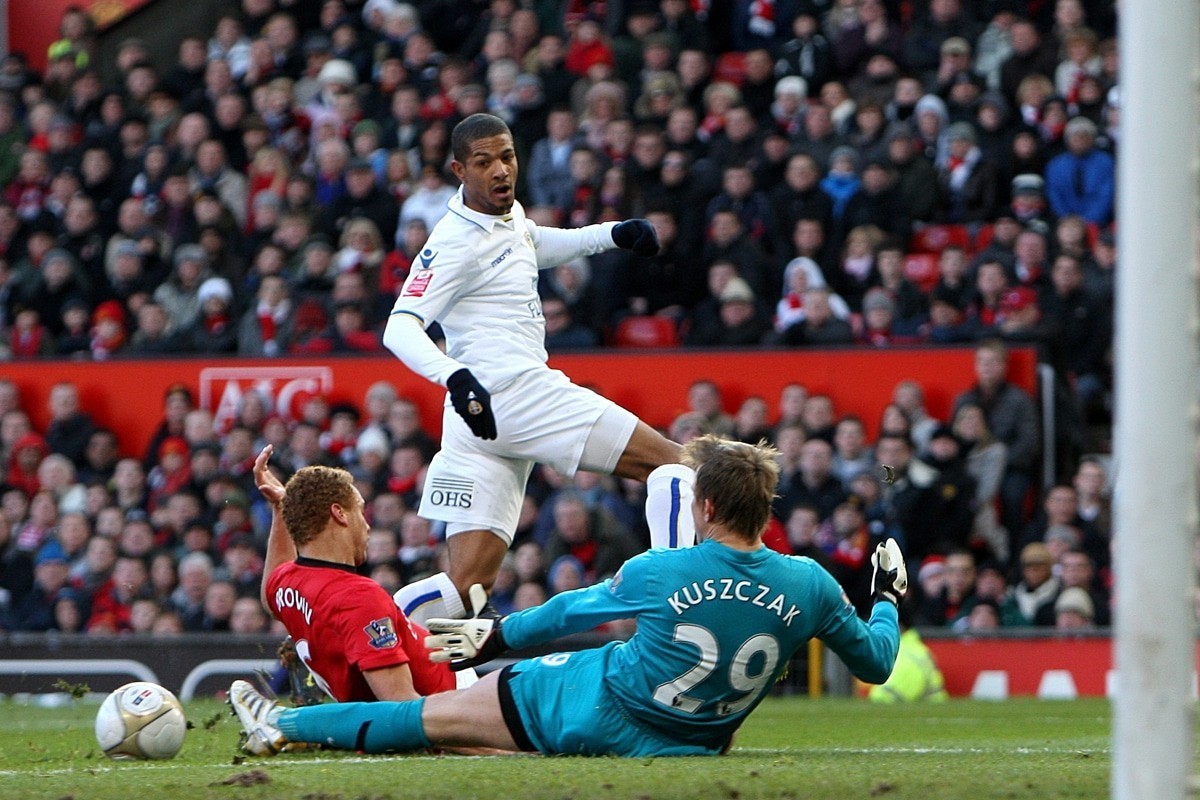 In the early stages of the game Jermaine Beckford got goal side of the United defence and latched onto Jonny Howson's inch-perfect pass before slotting his shot past Tomasz Kuszczak. The underdogs were 1-0 up, but even then, most of those watching fully expected another famous United comeback.

But Leeds hung on for a famous victory and Manchester United had been knocked out of the F.A Cup in the Third Round for the first time in over 20 years under Sir Alex Ferguson.

This was Rafa Benitez's first ever FA Cup tie as a manager and he was foolish enough to under estimate the competition when he sent out a second string side against Steve Cotterill's Burnley at a packed Turf Moor.

Not accounting for the incredible twists and turns that the FA Cup is famed for and his worst fears were realised in the most comical way when Burnley midfielder Richard Chaplow sent over a cross from the left and as Djimi Traore attempted some nifty footwork in his own six-yard box. Rather than putting the cross into Row Z he guided the ball over his own line and Jerzy Dudek could only look on in bewilderment as the ball trickled into the net.

A bizarre own goal had caused one of the great FA Cup upsets for years and the new Liverpool boss soon got the message as his team dusted themselves down, regrouped and won the famous trophy the following season.