Arsenal are the 2016/17 FA Cup winners, claiming a record 13th title in the competition by beating Chelsea 2-1 at Wembley Stadium.

The match was played against the backdrop of Arsene Wenger's future at the club, with the Frenchman still to clarify whether he will stay or go this summer. But that only seemed to spur the Gunners on as they turned in their best display of the season.

Goals from Alexis Sánchez and Aaron Ramsey proved the difference as Arsenal enjoyed their afternoon in the sunshine at the national stadium.

Özil and Sánchez must be signed to new contracts

If confirmation of Mesut Özil and Sánchez’s importance to Arsenal was ever needed, this match provided it. Sánchez in particular was in sparkling form, putting the Gunners ahead after just four minutes, but there was a composure to Özil’s game that isn’t always apparent on the big occasion. He even made a slide tackle at one point!

Of course, both players are still to sign new contracts at the Emirates Stadium, with speculation swirling over their futures. This performance simply underlined that Arsenal can’t afford to lose either of Özil or Sánchez.

They set the tempo for the rest of the team, with Sánchez key to Arsenal’s high press from the very start. For so long, the Gunners have bemoaned a lack of natural born winners in their side. They simply can’t allow two they have already got to leave. 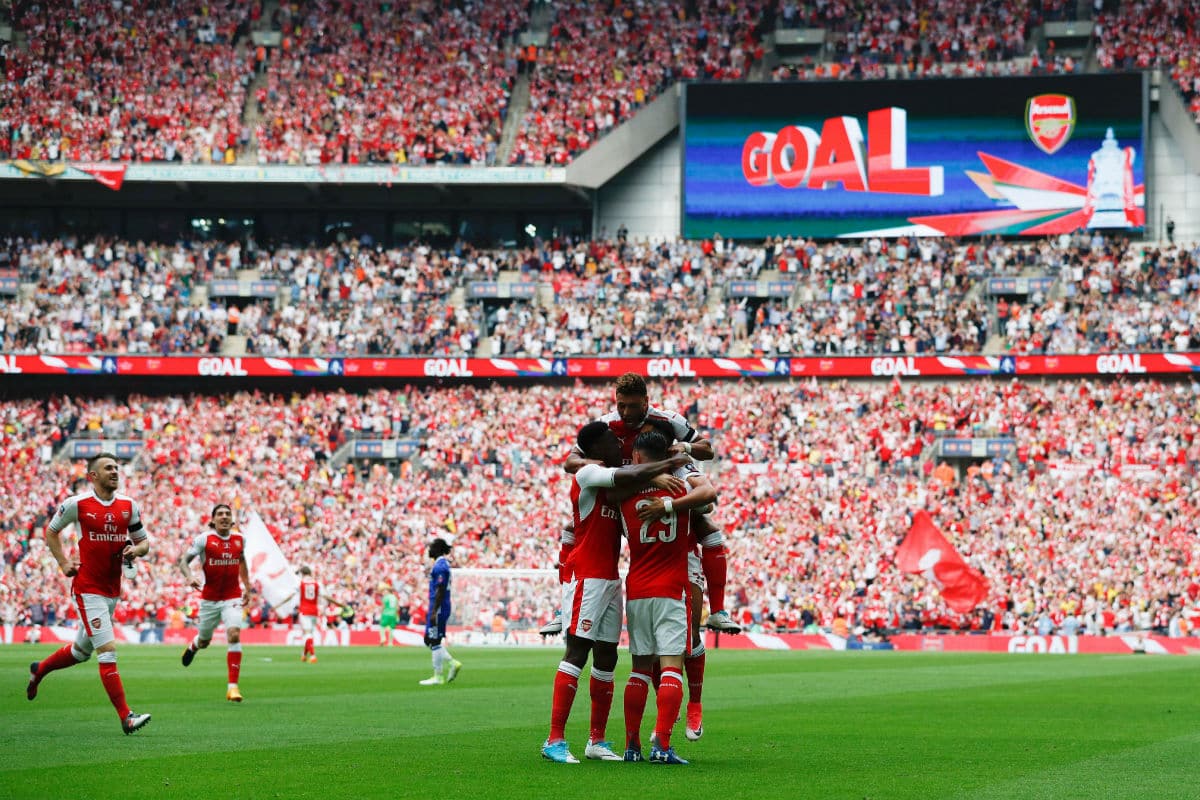 Whether this will prove to be Wenger’s final match in charge of Arsenal or not, the Frenchman demonstrated that he should still be considered a great of the modern game with his game-plan. Arsenal were on top from the very first whistle, pressing their London rivals high up the pitch relentlessly.

The decision to play a back three was a risky one, with Per Mertesacker admitting before kick-off that he had never played in such a system before, but it paid off as Wenger went toe-to-toe with Antonio Conte.

It was as if the Arsenal boss took a page out of Jose Mourinho’s book, replicating the Manchester United blueprint which worked so well against Chelsea earlier in the season.

Even when Chelsea restored parity, Arsenal had enough about them to pick up the tempo of their play and regain the lead again within minutes. This was the Gunners’ day but it didn’t happen by chance. It was a result of Wenger’s tactics. 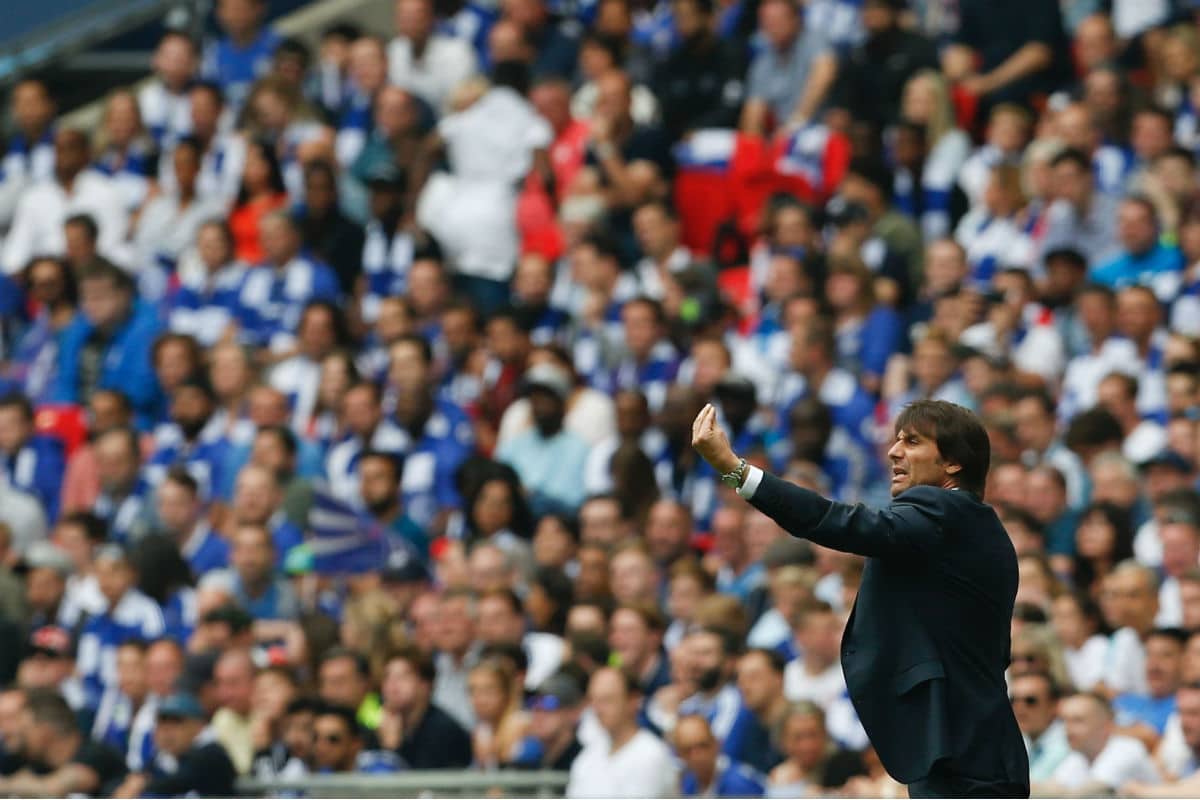 Conte has to add depth to his squad this summer

Chelsea have enjoyed a sensational season, winning the Premier League title when many expected them to be jostling for position in the top four. But Conte has achieved this by fielding a consistent line-up, sticking with the same players for the majority of the campaign. That counted against the Blues at Wembley.

Conte’s men looked jaded, as if the demands and rigours of a gruelling season had finally caught up with them. This was most evident in their lack of productivity in the final third, managing just one shot on target in the first half.

They picked things up after the restart, but the Blues never truly took a grip of the game as surely they would have done with fresher legs and fresher minds.

And so the Italian must look to add depth to his squad in the transfer window this summer. The Blues will be expected to challenge on all fronts next season, with Conte also taking his team into the Champions League. More games will need more players.

Costa’s boots will be difficult to fill if he leaves

This wasn’t Diego Costa’s best performance in a Chelsea shirt, but it illustrated just how much his team depends on him. The Blues were well below their best, with Arsenal on top for much of the contest, but Costa still took on his role as their driving force, dragging them back into the match with an equaliser.

Diego Costa has scored 22 goals for Chelsea this season, his highest ever return for the club. pic.twitter.com/VJoW5FWqxm

He struggled for service throughout but he notched Chelsea’s only shot on target of the first half and was the focal point for pretty much all of their attacking efforts. Without Costa, who has scored 22 goals this season, the Blues would have been completely toothless.

Of course, speculation continues to surround Costa and his future at Stamford Bridge, with the striker linked with a move to the Chinese Super League. Should he leave Chelsea, Conte will have a tough task in finding someone to replace him. 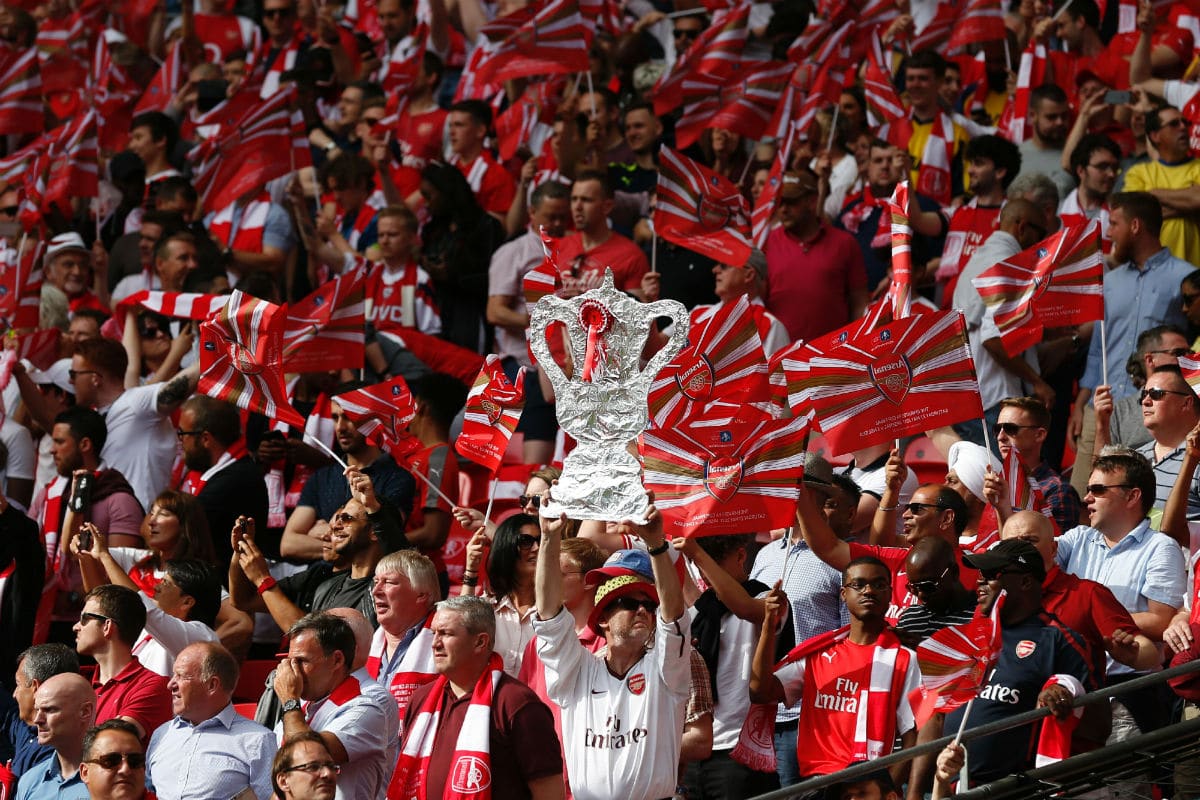 READ MORE: RAMSEY’S TIME AT ARSENAL SHOULD END THIS SUMMER

We’re told that nobody cares about the FA Cup anymore. That the magic of the old trophy has been lost. Whoever peddled that narrative failed to tell the near 90,000 fans inside Wembley Stadium for this game. This was one of the most intense, most keenly fought games of the season. It clearly matters.

For Arsenal, this triumph makes what had been a dismal season much more bearable. A fifth place finish in the league won’t be tolerated, but this win at least gives them a platform to build on next season, whether that is with Wenger as manager or without him.