In this article, you can read about the latest Exeter vs Grimsby predictions and betting tips. If you want to check out the rest of the League Two odds articles, you can view the rest of the site.

Below, you can see the top Exeter vs Grimsby predictions and the latest odds we could find on the fixture. They were created by our team of League Two experts, so you don't have to go through all the data yourself.

Our recommended bookmaker for this match is Ladbrokes. Before placing any of the wagers, make sure that you double-check the odds because they might have changed by the time you read this.

Exeter's three most recent matches ended in draws and no goals, but on their home field they have lost only two matches from the last ten played, and the last one was in March. Grimsby's last ten away games consist of five losses, three draws, and only two wins. Exeter also won the last match they played against Grimsby in December.

Both Clubs Will Score

Exeter's stats in this category aren't so encouraging, but four out of their last ten games ended with both teams scoring. Grimsby's last ten games had a BTTS situation six times and the last time these teams faced each other – both of them scored.

Let's check out the head-to-head stats and other important data for the Exeter vs Grimsby fixture on Tuesday.

Most Recent List of Injured Players and Match Preview

The Grecians have two injured players this season – Joel Randell is out with a hamstring and he is expected to return at the end of June, and Rory McArdle is out with a knee injury and it's still not known when he will be back. The club also has two players at risk of suspension with four yellow cards each.

Grimsby doesn't have any injured players and two of their own are at risk of suspension with the same number of yellow cards. Although Grimsby seems to be in better form in the last ten games, compared to Exeter, we believe that the Grecians will win the match in the end. 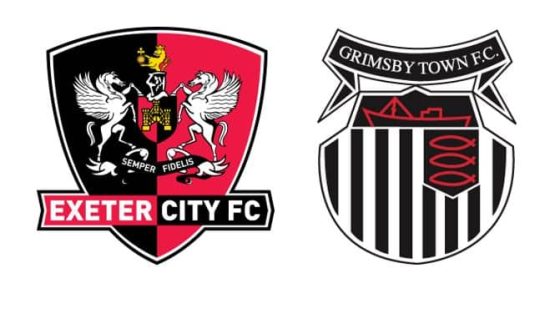