Viktor Kovalenko is the man at the centre of a five way tug-of-war. Liverpool, Chelsea, Tottenham Hotspur and both Manchester clubs are all courting the 21-year-old Shakhtar Donetsk attacking midfielder, sources have told Football Whispers.

The Ukrainian International isn't as well known as some of his teammates outside of the country, with Taison, Fred and Bernard all regularly linked with Premier League clubs. Kovalenko is the ugly duckling of the group for now but he has the potential to take centre stage in the not-too-distant future.

His current deal expires in 2020 and there's no release clause. The Ukrainians are tough negotiators and it won't be cheap to convince them to part with the future star of their national team.

The fact five of the big six in England are looking at him shouldn't come as a surprise. Though he was labelled as an attacking midfielder, he has the profile to play in a midfield three, similar to how Pep Guardiola has used Kevin de Bruyne and David Silva, while Jürgen Klopp executed a similar tactic with Adam Lallana, Gini Wijnalum and Philippe Coutinho.

Who is Viktor Kovalenko?

The 21-year-old has been with Shakhtar since 2008 and came through the youth ranks at the club. He made his first-team debut for the club just after his 19th birthday back in 2015 and he's since gone on to make over 100 appearances.

Kovalenko has represented his country at every age group from under-16 to the senior team. There are high hopes for him. Manuel Veth, owner of the FutbolGrad website and somewhat of an expert when it comes to Ukrainian football, thinks Kovalenko is the real deal: “Alongside Oleksandr Zinchenko [of Manchester City], Kovalenko is perhaps the most interesting talent in Ukrainian football right now.

“First bursting on the scene in 2016 after Shakhtar Donetsk sold Alex Teixeira – a one-time Liverpool and Chelsea transfer target – to China, the midfielder was included in Ukraine's European Championship squad. There he played all three group stage matches and although he did well against Germany in the opening match he, like his entire team, he somewhat struggled to rise to the occasion.

“In the summer of 2016, Shakhtar changed coaches Mircea Lucescu left for Zenit and Braga's Paulo Fonseca took over. Under Fonseca, his development continued and he scored seven goals in 27 games for Shakhtar last year, helping the club to win the Ukrainian championship.

His development stalled a little under Fonseca with the Shakhtar boss preferring experience in the big games, as Veth goes on to explain: “In Europe, however, Fonseca often rotated him out of the squad instead using the more experienced Brazilians Bernard, Taison or Marlos in the central midfield role behind a single striker. That trend has continued this season with Kovalenko playing mostly in domestic competitions.” 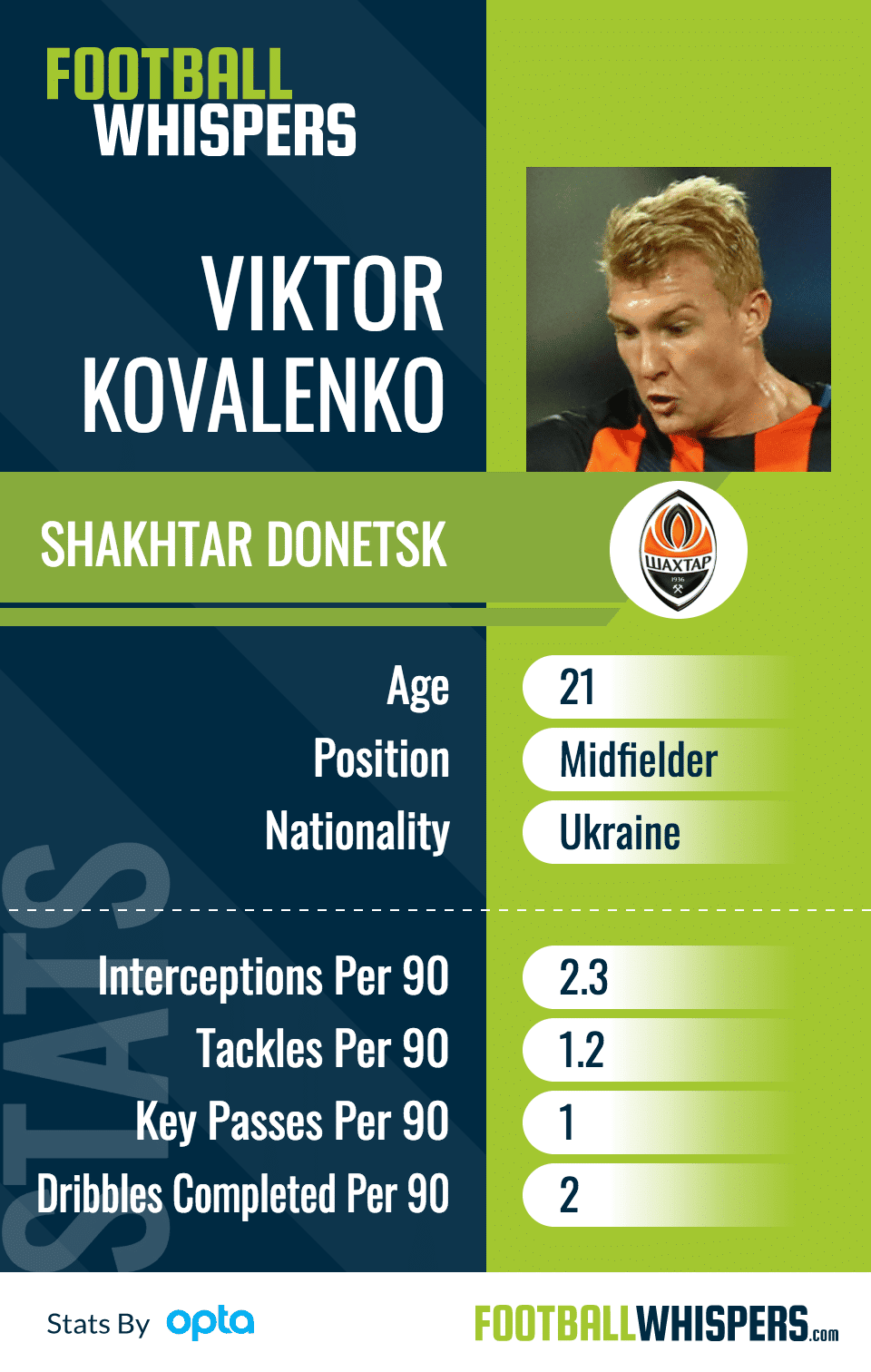 Playing position isn't the only thing he shares with the Manchester City's Belgian playmaker: they're eerily similar in style. Kovalenko is gifted when it comes to unlocking defences and he's not one to shirk his defensive duties, but his real USP is his ability on the ball. Many can spot a pass but few can execute it like Kovalenko.

“It was not until van Gaal that Schweinsteiger moved to his preferred number eight position. I feel the same is true with Kovalenko. His vision and intelligence are there, but he hangs on to the ball too long playing too far forward and with a lack of pace is often found stripped of the ball. ”

Veth has a point. Kovalenko's best position is seemingly in a more withdrawn role. It's a position that would allow him to full express himself on the ball. That's exactly what you want from him and you'll see why in the images below. 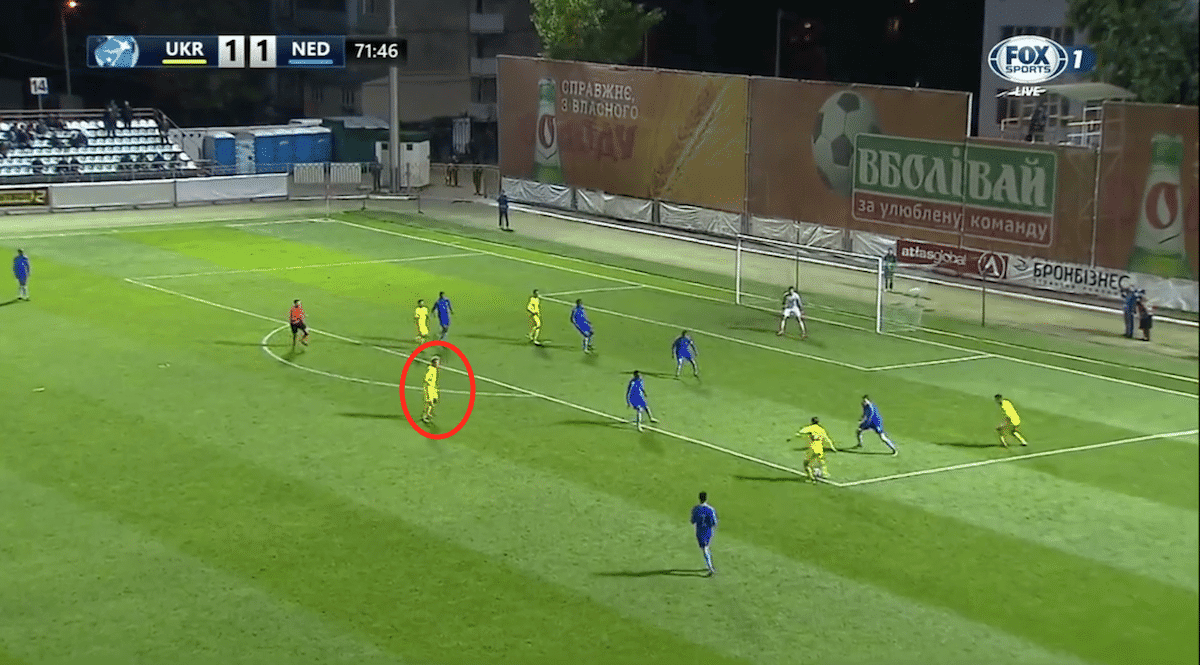 The 21-year-old picks up the ball in midfield and passes to the right before following the play into the attacking third. He originally looks to make a move into the penalty area but checks his run, positioning himself free on the edge of the area. 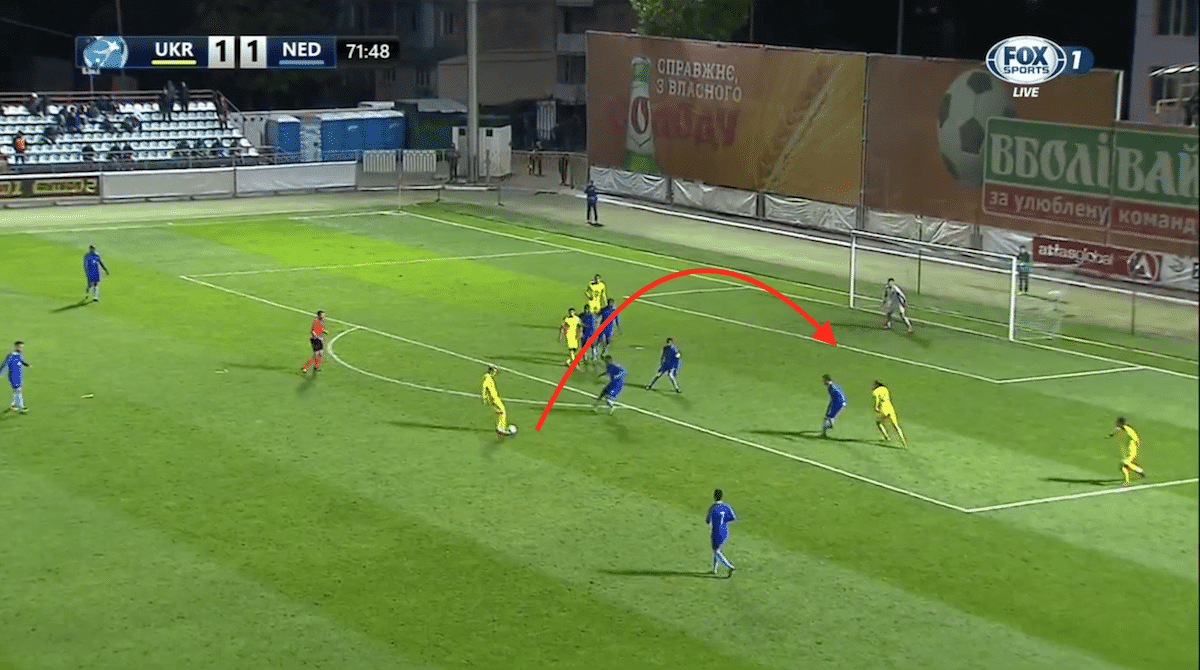 Kovalenko plays a one-two with the player in possession in the original picture. But it's not just any one-two. He stops the ball dead before scooping it over the Dutch defender and into the path of his international team-mate. It's weighted to perfection and it's the sort of ingenuity you need from your midfielder in the Premier League against teams sitting deep. 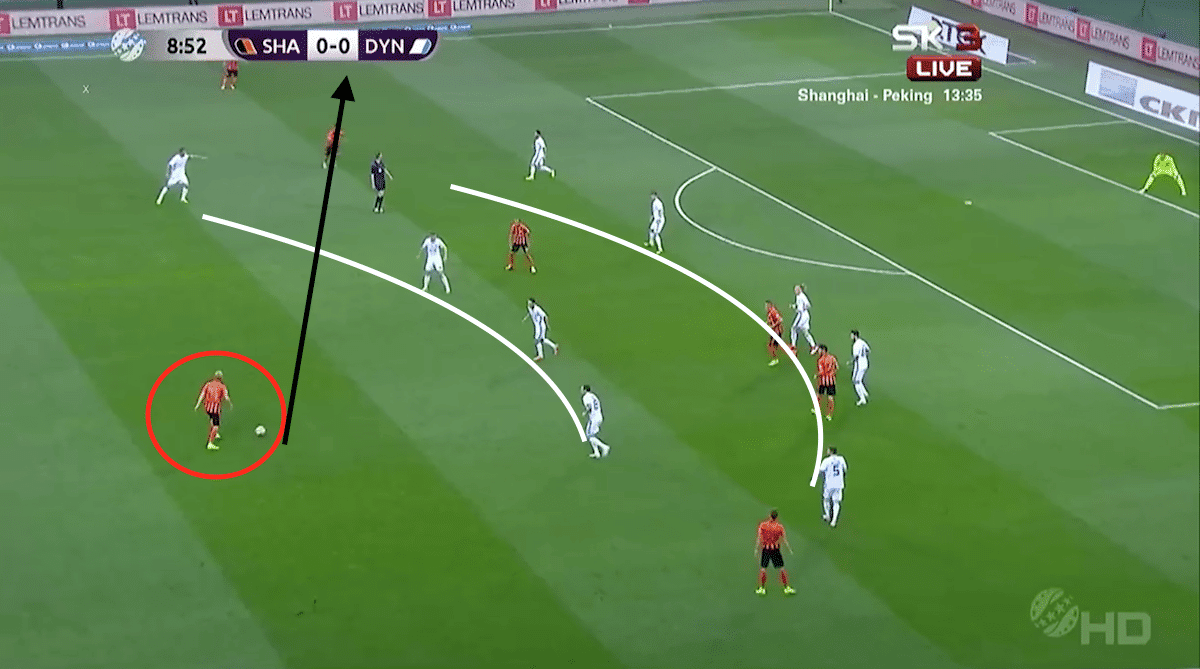 Here you see Kovalenko in possession. The opposition have a line of four and a line of five ahead of him. There aren't really any obvious incisive passes on. Most players in this scenario would look to switch the play, highlighted by the black arrow, to make use of the space on the flank.

It would allow Shakhtar to work the ball into the penalty area but, with so many players in the defensive third, there's a chance it's cleared. 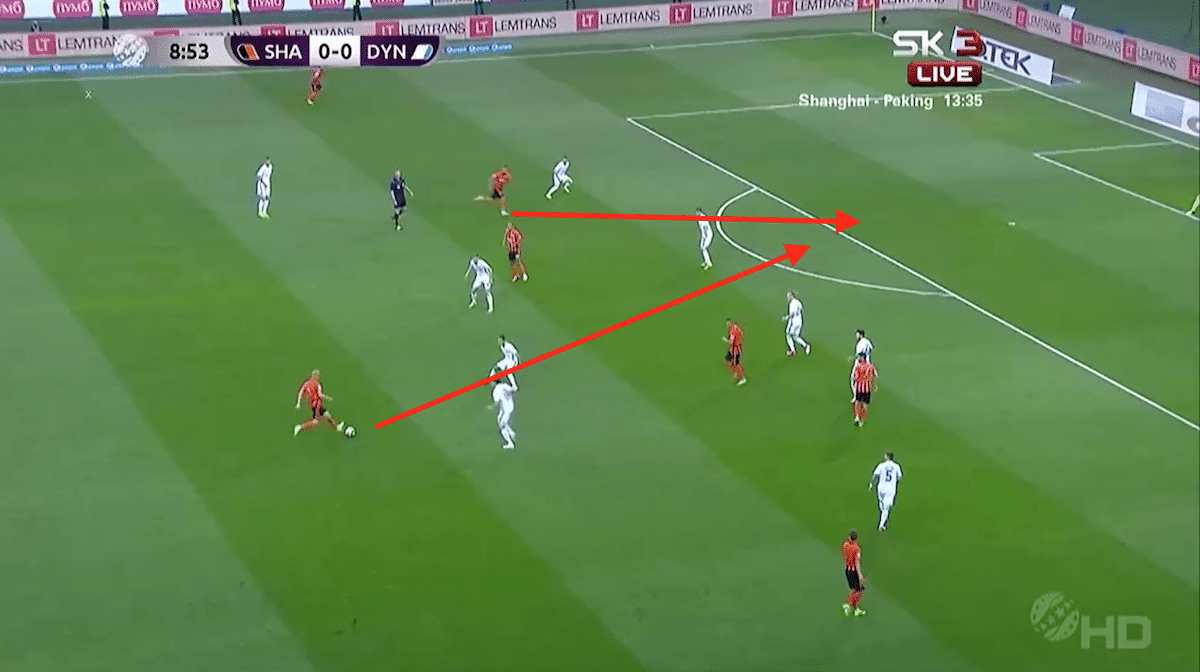 Instead, though, Kovalenko plays what can only be described as a delicate dink, with backspin, right through the heart of the opposition's defence and into the path of his team-mate making the run inwards from the left.

It's the sort of thing you see a golfer do; it's so easy to shank or mistime but Kovalenko manages to just float the ball perfectly into the area he wants. His team-mate has a bad first touch and the chance is wasted. But plenty of Premier League forwards would relish playing ahead of a player with such vision and ability. It's almost an art watching the 21-year-old pass the ball.

Is a move likely?

He's a Shakhtar boy at heart but with the manager not exactly trusting him just yet, and the riches of the Premier League calling, he may decide a move is best for his career right now.

He would undoubtedly improve playing under the likes of José Mourinho, Antonio Conte, Maurcio Pochettino, Klopp, and Guardiola, and he'd benefit greatly from playing alongside the stars of the Premier League.

Manchester United, Chelsea, Spurs and Liverpool could all do with an extra creative midfielder in their squads, while City aren't the sort to turn down the chance to add their attacking arsenal, even if there isn't a need for him.

Kovalenko could well be the next big project and the scramble for his signature will be an interesting one.