Before Christmas, we exclusively revealed that Crystal Palace were heavily interested in signing Tottenham Hotspur's Ben Davies on a permanent deal this month.

On Thursday, ESPN reported that sources close to the Eagles had advised them that they had made enquires about the availability of the defender as Sam Allardyce looks for a new left-back.

Montpellier's Jerome Roussillon was heavily linked and Football Whispers reported that a deal for the Frenchmen was close, but with no signature in sight it seems ‘Big Sam' has moved on from the 24-year-old.

It was suggested that Palace had already made a £10million move for the former Swansea man, but Spurs, with no real back-up for Danny Rose and Davies able to play at centre-back in Jan Vertonghen's injury absence, were hoping for a fee closer to £20million this month.

The 23-year-old Welsh international enjoys playing under Mauricio Pochettino at White Hart Lane, but with the form of Rose – one of the best in his position this season – and an ankle injury has limited Davies to just three starts in the Premier League.

Spurs aren’t going to let him go without a fight, the club know they have a very good defender on their books, but in an attempt to find more minutes, the player could force a move in January. Palace would need to make it worth their while and after the London club paid just over £10 million for him in 2014, they would expect to make a profit.

With Pochettino's side linked with making a January move for Wilfried Zaha, there is a deal that could be done to include Davies and reduce what Spurs have to pay. That's a move that could interest both parties.

Signed up on a five-year-deal when he joined from Swansea, he is thought to be on around £30,000 a week. Hugo Lloris was Spurs' top earner on £80,000 but that is thought to have changed when Harry Kane signed a new deal in December, moving the striker close to six figures. 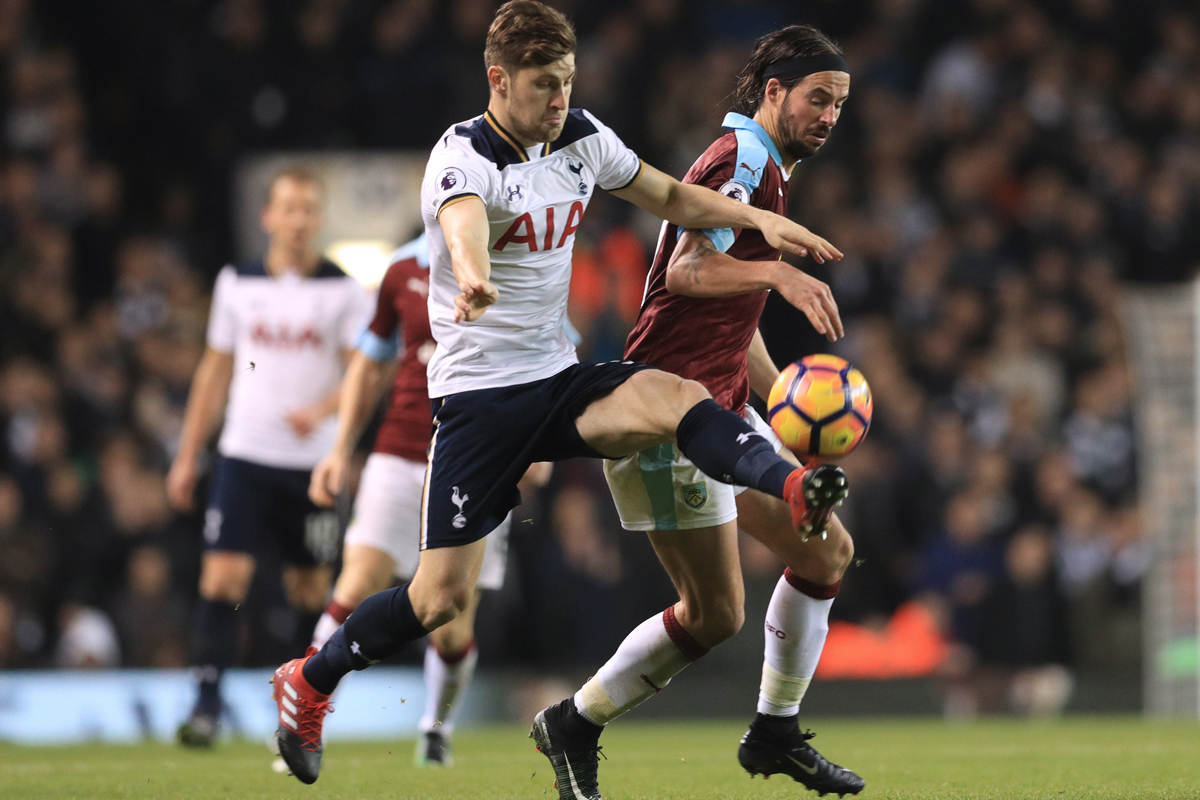 Joel Ward has been Palace’s starting left-back recently, starting against Chelsea and Manchester United. Jeffrey Schlup was signed from Leicester City in this window, but he is expected to play further forward on the left-wing.

The situation at Selhurst Park after Senegalese defender Pape Souare was injured in a car crash back in September.

Initially, it was believed that the former Lille OSC defender would miss around six months, but speaking to BBC World Service, he wasn’t too sure.

“I don't know about my injury. I don't know if I can get back or not. I just put everything in the hands of God and we will see.”

The 26-year-old is fighting for his fitness, but at this stage there is no guarantee he will ever be in a position to ever play professional football again.

“I got my leg broke, and my jaw, and I couldn't eat for the first month, but now I can eat, I can try to eat a little bit,” he continued. “The thing about my leg, it's getting there. I'm trying to do the work to make it stronger with the physio at the club.”

With Ward and Martin Kelly at the club, plus the possible return of Souare, Palace could have survived with the options they already have. However, now they find themselves in 17th place and conceding 11 goals in their last six league games, Allardyce must feel like he has to make a long-term move. 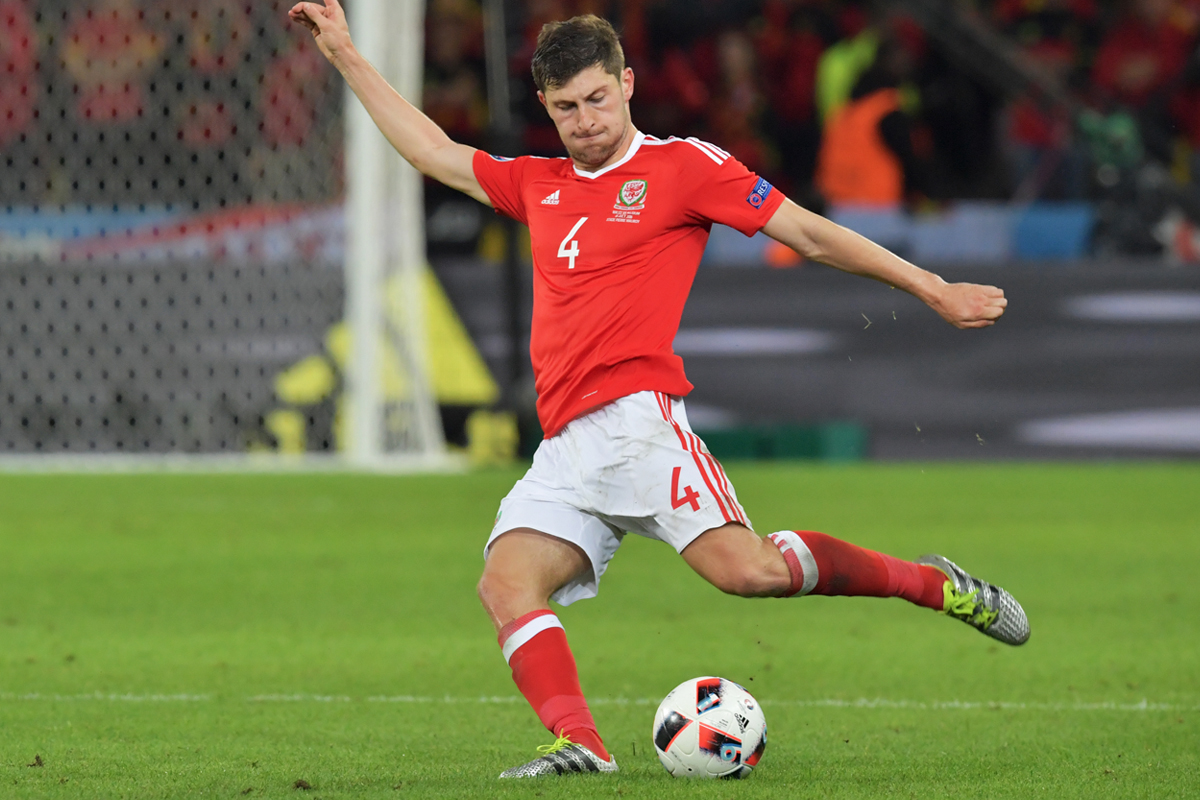 Without a pay rise, Davies would be on less than Ward, but more than Souare and Kelly, so the Welshman would be keen to include a pay rise into any possible move.

It’s difficult to compare him directly to both Ward and Kelly since he has barely featured this term, however, his numbers on average do measure up.

All three are quite similar, with Ward averaging 2.8 attempted tackles per 90 minutes and Davies at 2.6. The Spurs man is level in terms of interceptions (1.6), but makes more clearances, averaging five per 90 minutes.

What would Davies bring

Where Davies measures up well against both is in terms of how much of the ball he sees when he plays. Averaging 36 passes per 90 minutes, compared to Ward's 37.9 and Kelly at 23.1. They play at very different teams though, so it makes more sense to look at his numbers when he was playing for the Swans.

Standing 181cm tall, he is taller than your average full-back, but perhaps not quite big enough to play regularly at left centre-back. Davies reads the game well and possesses a very good left foot.

Technically impressive, where he differs from someone like Rose is that he is not a flashy, flamboyant full-back. Composed on the ball, he uses the ball with intelligence and is always looking to play on the front foot.

Davies is good enough to start for Spurs, but with Rose in the way, it seems unlikely he will be getting the nod on a regular basis anytime soon. Pochettino, with Vertonghen out for 10 weeks, will understandably not want to weaken his squad this season, but if the player wants to move, then the Argentine might think there’s no point in trying to hold on to someone that’s unhappy.