Lyon and Monaco have both expressed an interest in signing Divock Origi and the Liverpool striker is open to a move back to France, Football Whispers can reveal.

Origi scored 11 goals in 43 appearances in all competitions this season but only 21 of those outings were from the start.

And Lyon and Monaco are both keen to offer the 22-year-old what would technically be a third spell in France, after his £10million move to Liverpool in 2014 involved him being loaned immediately back to selling club Lille.

Origi is still in the early stages of his career and has a contract until 2019 but with Liverpool constantly searching for improvements in the attacking areas, it could suit all parties if they were able to move him on without making a loss.

As a teenager, Origi made his debut for Lille, coming off the bench at the Stade Pierre Mauroy to score an equalising goal against Troyes. That propelled him into the first-team and once Dimitri Payet left for Marseille and Salomon Kalou departed for Hertha Berlin, the Belgian became the club’s main attacking threat.

It was a lot to ask for someone so young but the 19-year-old impressed enough for Liverpool to agree a £10million deal just after the 2014 World Cup in Brazil, where he scored one goal in five outings. 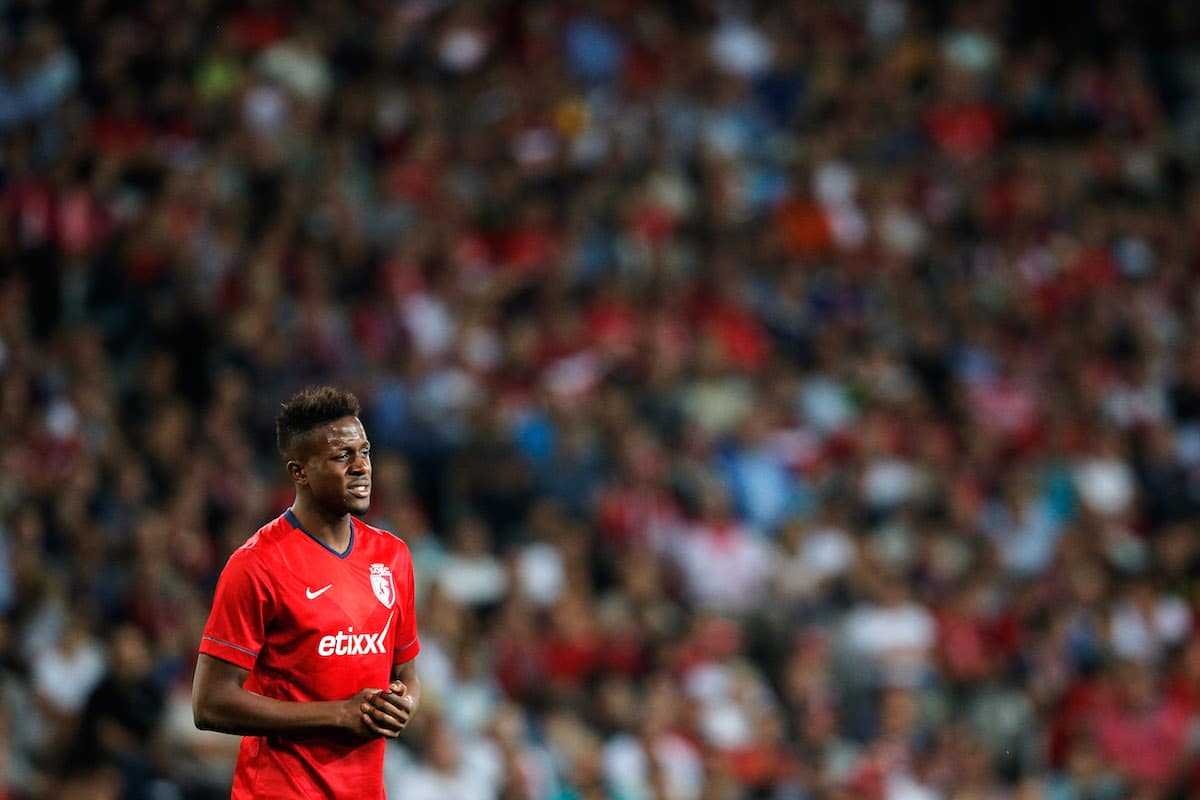 After a turbulent time, that move turned out to be a mistake. The club were struggling, Origi was Lille’s leading centre-forward and the pressure became too much. The home fans booed and he went 17 league games without a goal.

Scoring a hat-trick over Rennes saved his numbers and ahead of his return to Liverpool, Origi scored eight times during the 2014/15 campaign.

The belief surrounding the player was that he was desperate to return to Anfield and then the fans would get to see the best of the Belgian international.

Origi has enjoyed some great moments under Klopp, but in his 50 Premier League appearances, he has started just 21 times, scoring on 12 occasions.

With the extended absences of Daniel Sturridge, and Liverpool’s struggles to put ahead some of the lesser teams in the league, there have been enough opportunities for Origi to shine, but his consistency has been an issue. His numbers have dropped, rather than show glimpses of improvement.

When he arrived in England, there was a suggestion that another loan move – gaining minutes for another Premier League or Championship club – would have benefited the striker’s progression.

The player wants first-team football, while the club is aiming higher than someone with 12 Premier League goals in 50 games, so Liverpool must find a suitor.

Football Whispers believes the Ligue 1 champions Monaco are one of the clubs who are interested and Origi fits a lot of criteria which they look for in a signing.

Lyon are also keen and president Jean-Michel Aulas was one of the first to incorporate a moneyball style philosophy in his club, which led to OL successfully reaching the semi-finals of the Champions League in 2010.

They now prefer to develop youth through their own system, but the opening of their new Parc OL stadium has seen the owner take a few more calculated risks, mainly signing Memphis Depay from Manchester United. 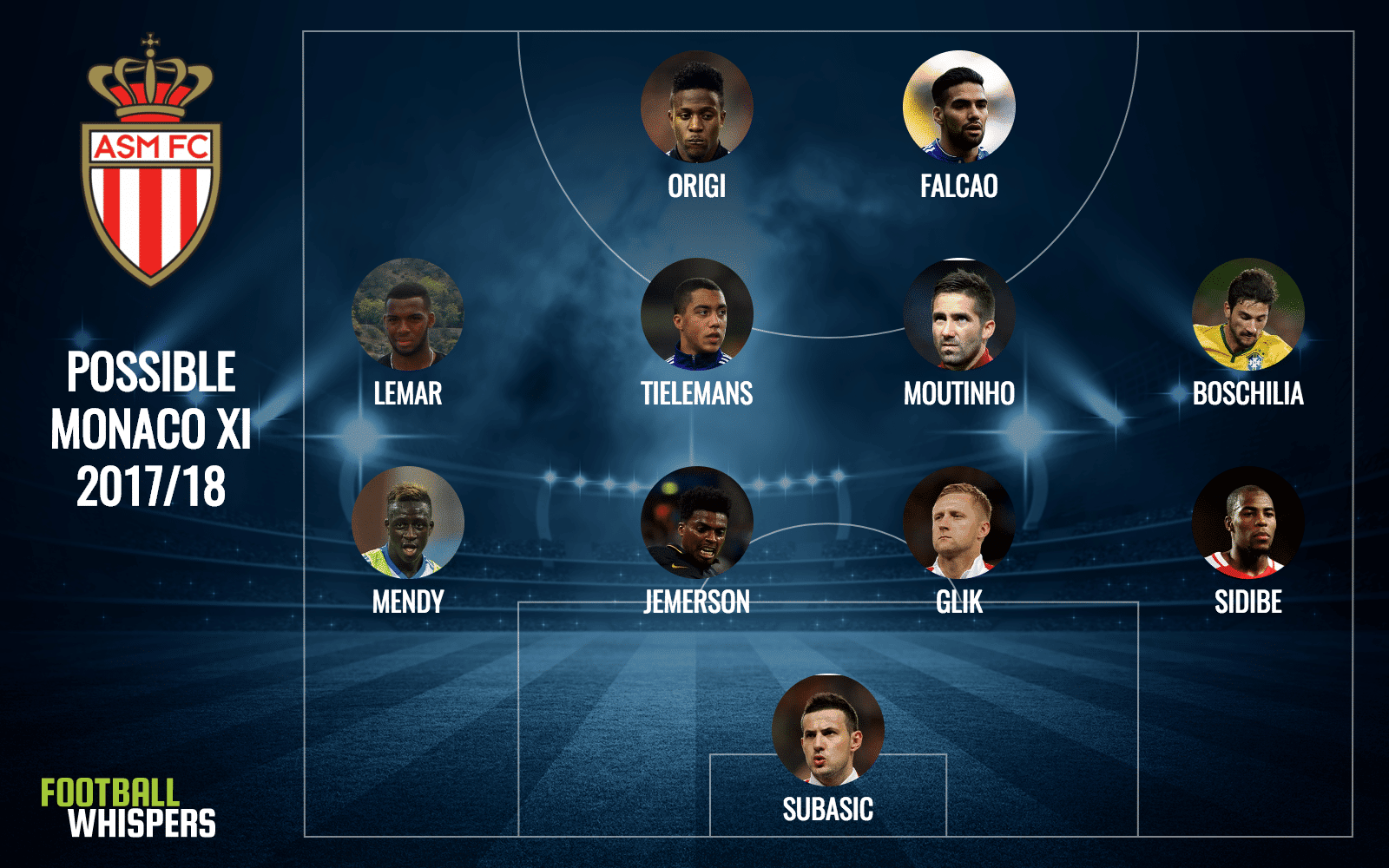 Playing in Leonardo Jardim’s 4-4-2 formation would suit Origi perfectly. Ever since his days at Lille, regardless of where you play him in attack, he loves nothing more than to drift wide left and look to cut inside onto his right foot.

When you are supposed to be playing as a centre-forward, that can leave your team void of options through the middle, plus you can get in the way of whoever is playing on that wing.

Taking a position up front as part of a two, Origi would have freedom to drift into his favourite areas in the final third, combine with the attacking full-backs and look to create from the flank.

Monaco, with their standing as the French champions, would also offer the Belgian a chance to play in the Champions League. He could have that at Liverpool, but the Monegasque side go straight into the group stage, rather than having to qualify.

There’s only one problem, the small matter of Kylian Mbappé.

Regardless of bids toppling €100million from Real Madrid and Manchester City, if the French teenager wants to stay at Monaco, the club will do everything in their power to keep him.

In this, his first full season in France, Mbappé has made that centre-forward position his own and with Jardim favouring one forward acting as the pillar, be it Radamel Falcao or Valère Germain, and one as the mobile attacker, Origi would be going up against the France international for minutes.

At this stage, there is only one winner from that battle.

If Mbappé was to move on, Origi could be the perfect replacement. He’s still very young, and similar to the moves for Thomas Lemar and Tiemoué Bakayoko, he is someone they could develop and eventually sell on after a couple of good seasons.

Lyon would see Origi as another wildcard 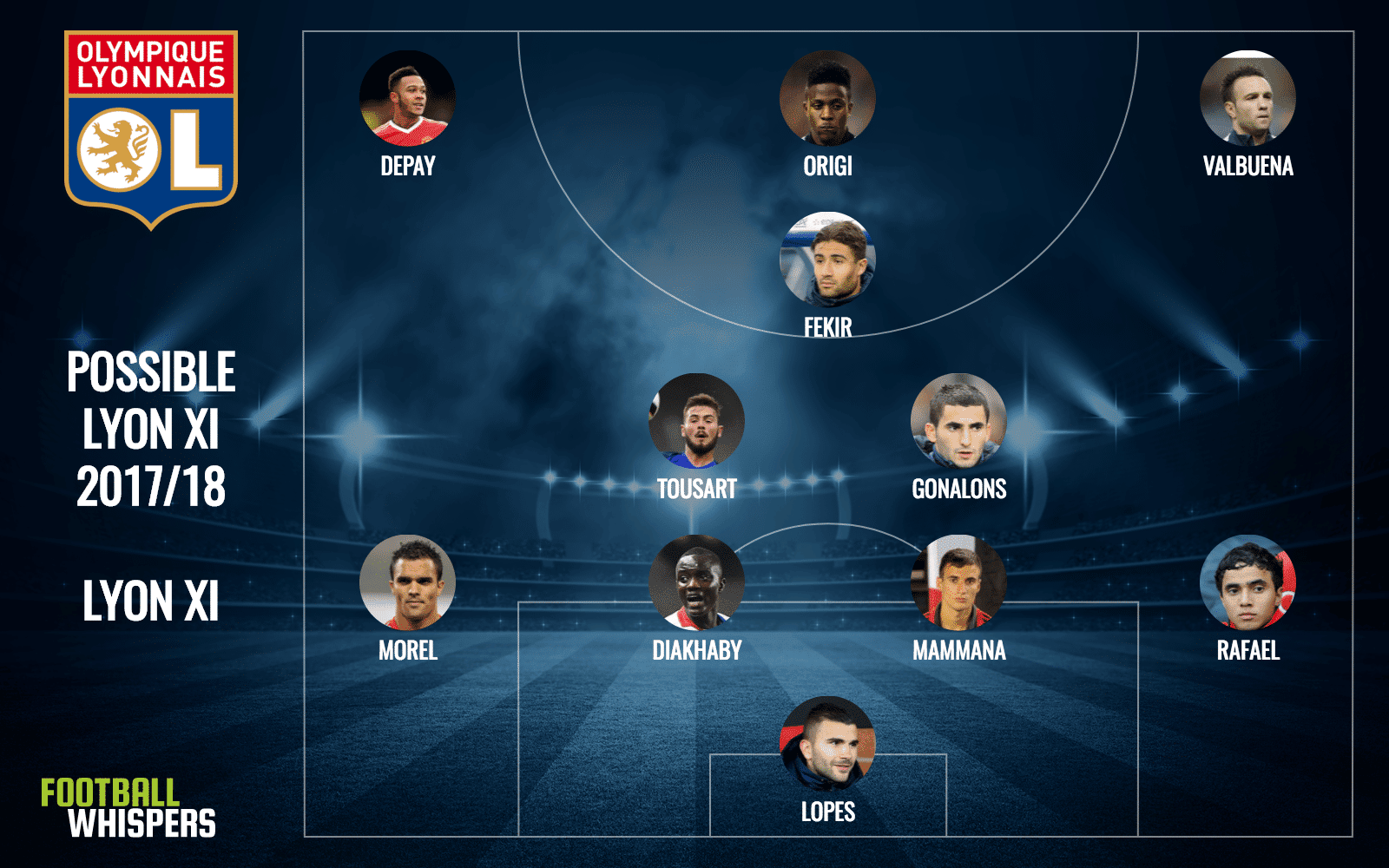 Les Gones signed Depay under similar circumstances. After a big money move to Manchester United, he failed to make an impact, looking like the shell of the player he was at PSV Eindhoven.

Lyon moved to give him an out, picking up the Dutch international for just under £14million – less than half what United paid – and after the January window, it looks so far to be turning into a success story.

In 17 Ligue 1 appearances, the 23-year-old has five goals –one of which crowned the French goal of the season – and eight assists.

Bigger tests lie next season for Depay as Lyon look to build a future without Alexandre Lacazette.

The 25-year-old is leaving OL this summer, and although we don’t know exactly where – he has been linked with Liverpool – the club must find a replacement.

Leverkusen’s Javier Hernández has been mentioned, with a reported £10.5million bid made for the Mexican. Kasper Dolberg of Ajax and Manchester United’s Anthony Martial have also been linked. Origi would be another name to add to that list.

The fee Liverpool would expect to receive is unclear but while he hasn’t impressed in England, the sheer fact Origi has played in the Premier League ups the normal fee, it seems unlikely Lyon or any other suitor being able to pay less than what Liverpool handed Lille in 2014.

However, he would cost less than Martial and Dolberg and provide more longevity than what Chicharito would offer going forward.

Origi has the potential to follow in Lacazette’s footsteps, spend a few years at Parc OL, develop a relationship with Nabil Fékir and Depay and then look to make a big money move elsewhere.

It’s a model French clubs prioritise when they are signing talent and for Lyon it has worked very well over the past few seasons.

Able to play in a two-man attack, or in their 4-3-3, the only issue again for Origi would be game-time. 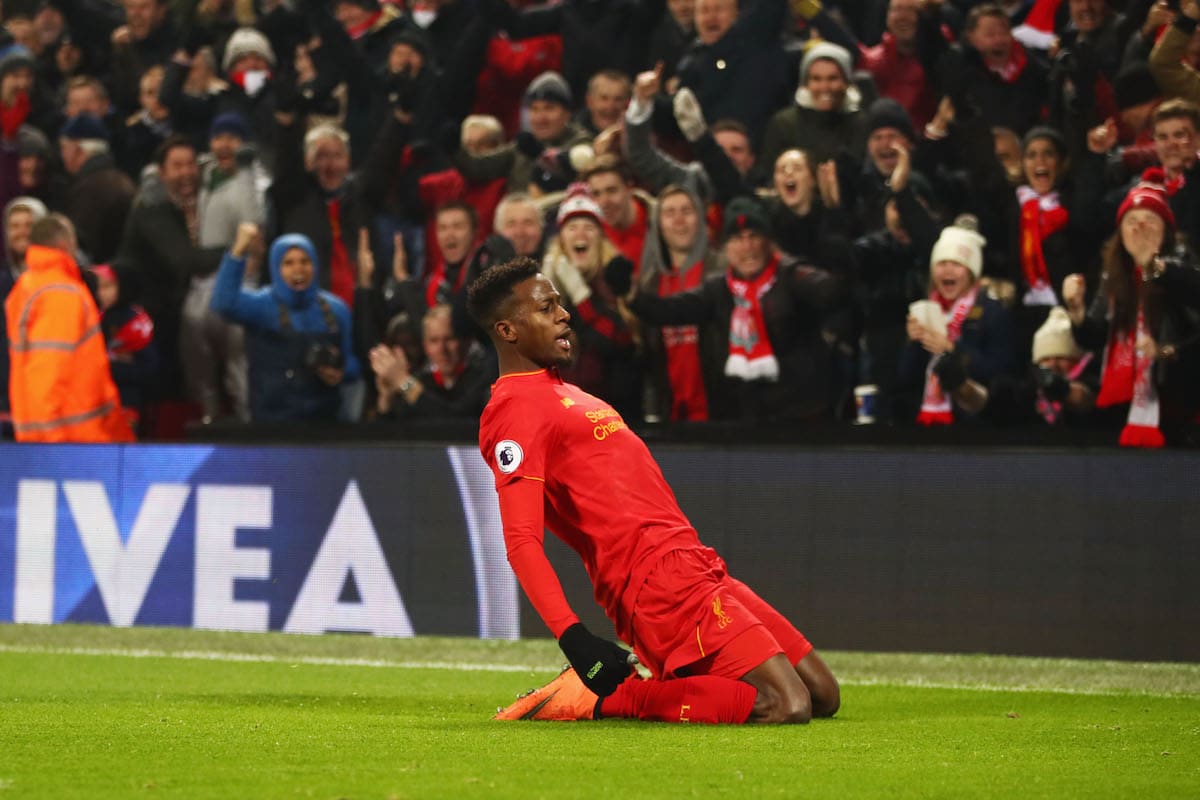 There’s no guaranteed first-team minutes for a player in Origi’s position. He has very little experience as a true centre-forward and he doesn’t offer the same hold up and target-man appeal as Lacazette. Stylistically, he’s more suited to the left-wing, but Lyon have Depay there and he is being challenged by former Liverpool target, Maxwel Cornet.

Two years younger than Origi, Cornet is another young talent who could end Lyon’s interest. He is a centre-forward who has been able to play on the wing. You can see that he will be better suited through the middle, but is versatile enough to aid the attack from the flank.

Like Origi, he too likes to drift wide left and cut on to his right foot and fire off shots.

There’s no reason for Lyon to value the Liverpool attacker any higher than Cornet, so if there are minutes to be won as a centre-forward, it’s in their nature as a club to try the Ivorian in Lacazette’s role.

One issue Origi will have with the move is a lack of Champions League football. Lyon finished fourth, qualifying for the Europa League. Yet, if you are desperately looking for somewhere to play, impressing in Europe should be a priority, regardless of the competition. It has done Ajax and Lyon players no harm this season.

Which club is the best fit?

In terms of formation and giving Origi a platform, Monaco offers the best fit, but the Belgian would be smart to wait and see how the Mbappé situation plays out. If the youngster moves on, he would be the perfect replacement in Jardim’s system.

Lyon is an ideal destination due to their history of developing players and as Depay has shown, offering a second chance. OL need a new forward and it would be up to the former Lille man to demonstrate he has what it takes to be an elite centre-forward.

However, it seems his future may lie away from Liverpool, as the player looks for more playing time, the Reds agree a deal for Chelsea's rising star Dominic Solanke and Jürgen Klopp aims higher than what the 22-year-old can provide.