The debate over the proposed introduction of video technology has now been one of the most hotly discussed topics in football for many years, and everyone connected to the beautiful game has their own opinion on the subject. But perhaps nobody’s opinion counts more than the person it impacts most: the referee.

Many football fans have been guilty of hurling a few ‘W bombs' towards a match official following a poor decision against their team. The truth of the matter, however, is that we all appreciate how difficult the life of an official has become.

Whether it be a Sunday morning on a mudbath of a pitch or in the all-consuming realm of elite level football, the officials are tasked with controlling 22 young men and making split-second decisions. Those fractional calls can potentially dictate the course of a match or, in extreme cases, an entire season. Get just one wrong and there could be a million and one slow-motion TV replays to shine the spotlight on the men in black.

The conversation regarding video technology has gained huge momentum since the arrival of goal-line technology, and surfaced again over the weekend after comments from the autobiography of former Premier League referee Mark Halsey – Added Time; released in 2013 – were brought to light on social media.

That recent attention has centred around comments in the book that claimed that the Professional Game Match Officials Limited (PGMOL) – whose officials cover all the Premier League, English Football League (EFL) and Football Association (FA) competitions – had asked him to avoid reporting incidents during his career.

Prior those recent headlines, I spoke to Mark about the need for video technology at the elite level. Unsurprisingly, like most ex-officials, he is fully behind the proposed introduction, citing the evolution of the sport as both a spectacle and an industry major factors.

“People want to see the key match decisions called correctly but, with the pace of the game today, sometimes it’s just impossible. We’ve seen numerous incidents where big calls have been wrong; in just a matter of seconds, they would’ve been corrected by video technology.

“The speed of the game is so fast now that it makes it even harder for the referees to keep up with the play. You’ve got to be young and you’ve gotta be fit. It’s all about the movement to gain that optimal viewing angle – getting into that position to make the correct decision.”

Generally speaking, the level of officiating at the top level has improved drastically since referees turned professional back in 2001. However, the increased speed and added pressures mean that every mistake is cast into the spotlight. 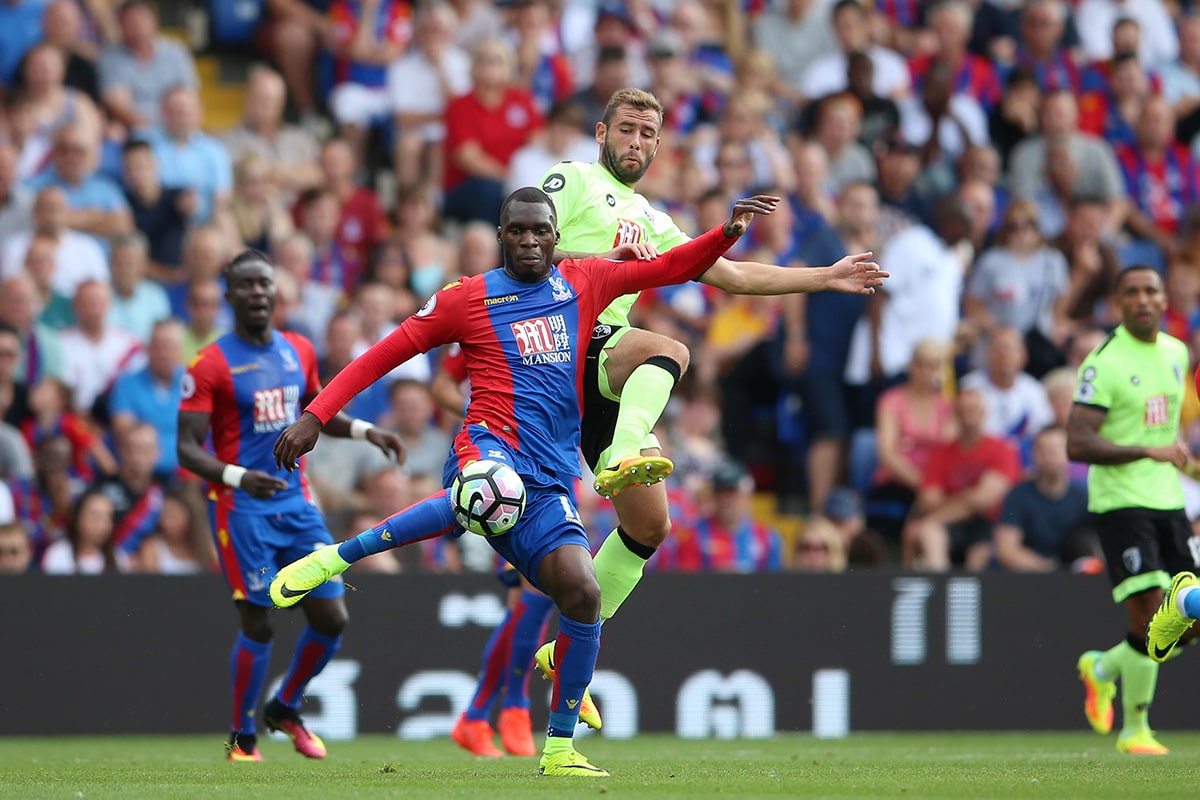 In the cut-throat business of football, every error is massive. While officials will have the support of their team during the 90 minutes, the criticisms will largely fall at the feet of the referee or the assistant that has made a bad call. Unfortunately, when a big error is made, referees tend not to gain any public support from the governing bodies. Instead, they are usually condemned to a few weeks officiating at a lower level.

Mark, who is a well-respected expert for You Are The Ref – whose official website says it is ‘a unique media channel supporting everyone affected by the sport of football' – added that the individual demands and consequences of a bad call are another huge indication that video technology is the only answer:

“The pressure on referees is immense. The referee is a lot like a goalkeeper because he can have a great game for 89 minutes and then one big decision changes it all. With the goalkeeper, he’s been brilliant for 89 minutes but then he lets one through his legs and everyone remembers that one slip. It’s the same with referees, we could make 200 to 300 correct decisions in a game, yet they’ll all remember that one big error.

“The main one was a couple of seasons ago when Andre Marriner called a penalty correctly but sent off the wrong player [Kieran Gibbs]. Also, it wasn’t a sending off because it wasn’t denying a goalscoring opportunity and the ball was going wide.

“Video replays are in most other big sports, and yet we haven’t got the technology to aid our referees.”

Mark spent 14 years as a Premier League official after working his way through the Football League structure, and told me that mistakes do play heavily on a referee’s mind. He insists that referees care more about the decisions they’ve made than anyone and suggested that the use of technology could go a long way to smoothing the relationships between officials and players.

He added: “You do self-analyse, and referees are the most self-critical people. Most football fans probably don’t think they are but I can assure you this referee was.

“When a referee does get a key match decision wrong, he beats himself up about it. You look at the DVD and you’ve cost that team three points, or you’ve cost them a point, and that could make a big difference come the end of the season – whether they get Champions League, Europa League or stay in the division. People say decisions even themselves out over a season, but does that make it right?

“I can only speak for myself, but of course you care. You’ve built up a trust and respect from the players. When you make a wrong decision, they don’t forget. Then managers show their frustration on TV after the game, and they can end up with a disciplinary charge from the FA for what they’ve said. You do beat yourself up; you do look at it and wonder how you got it wrong.

“The pitch is a place of work; it’s your shop floor. So it’s important that the referee builds up a relationship with the players, and in the Premier League you can build that relationship up through the seasons. The players knew exactly what they were getting from Mark Halsey when I went out to referee a football match. They had the trust in me and that’s what you want as a referee. You’re not always gonna be liked but as soon as I crossed that white line they knew what they were gonna get from me. They trusted me and respected me.

“As I said, anything that enhances the decision making of the referee has got to be good for the game.” 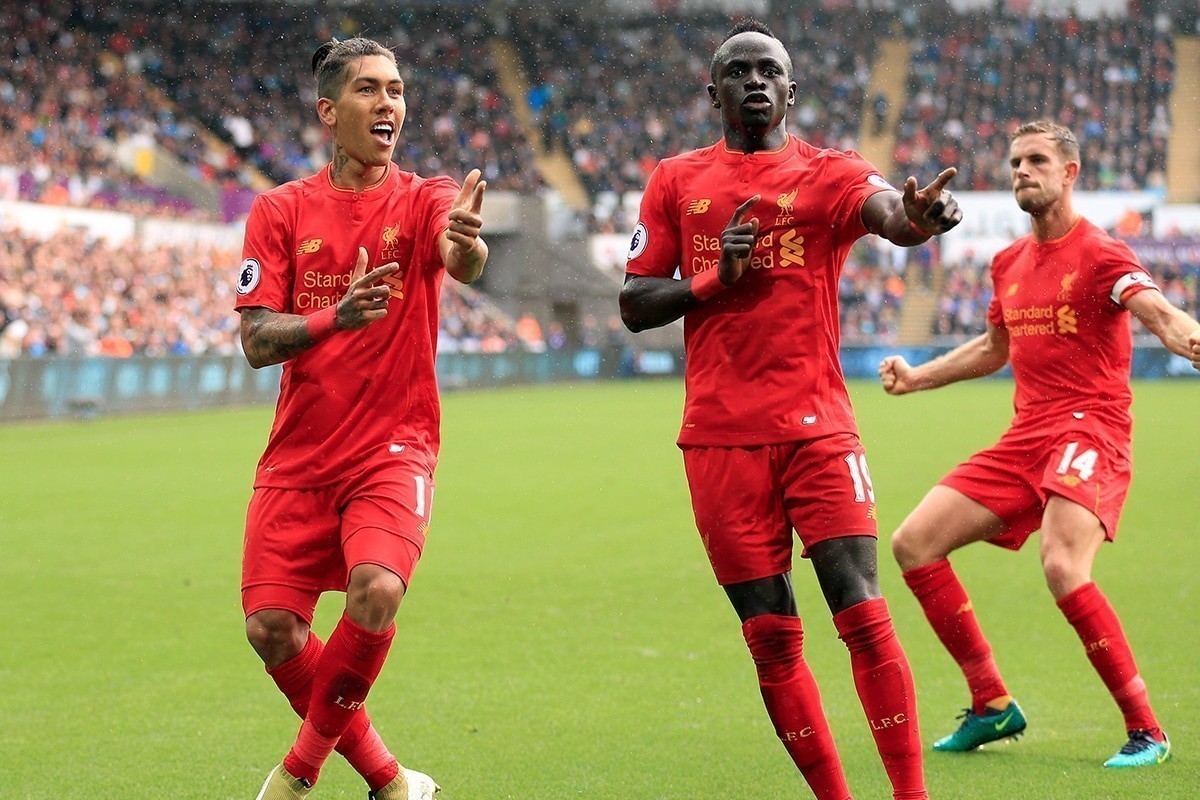 For the majority of doubters, the big issue is whether video technology would ruin the spectacle. The beauty of football is in its ferocious speed, and nobody would want to see that sacrificed. Moreover, some decisions are open to interpretation, meaning that even an infinite number of replays won’t clear up the decision with 100% accuracy.

On the other hand, the fact that a Premier League weekend rarely passes without major controversy underlines the demand for improvement. Halsey argues that video technology won’t only enhance the quality of officiating, but it will also inject fresh excitement for the fans.

“I think it’ll be more exciting for the fan: they think their team’s scored a goal, so they’re looking at the replays to make sure it was a good goal and not offside. They’re waiting and have the anticipation, so it leads to the excitement, just like you see in cricket and rugby.

“What we’re looking at is the big match changing decisions: penalties, red cards, was a goal offside or not? Sometimes, it can take three or four minutes to get a game restarted after the players have vented their anger and settled down. It would take 10 seconds to look at it and decide.”

The debate over video technology is one that continues to dominate column inches, with strong arguments coming from both sides. However, it’s all a little reminiscent of the speculation prior to goal-line technology, where years of discussion were followed by a remarkably smooth transition just over two seasons ago.

Meanwhile, the use of assistants behind the goals only further highlights the need for additional help even if, as Mark admits, the execution is not right. “I’ve got to say, I’m not a great lover of officials behind the goals. I think, if they brought in technology then that would do away with that.”

Ultimately, if video technology can be introduced with such ease, nobody can argue against its merits. Association football has undergone several fundamental changes over the generations; in comparison to some of those previous adjustments, the introduction of replays is fairly trivial in terms of altering the way the game is played.

As Halsey concludes, the conspicuous benefits of greater accuracy and quality mean that future movement by FIFA is inevitable, just as it was with the goal-line addition.

“Everyone was saying they didn’t want it [goal-line technology], but then lots of things were going on where goals were being missed. It has come in now and is a natural part of the game, it has been a godsend. The referee just looks at his watch, and the players don’t argue either. It has been a plus for the game, so I can’t see why we’re not coming in for more.

“I think we will see more technology come into the game. What we should be doing is having ex-referees, like myself, sitting in the studio like they do in the cricket with the TV umpire. I think the ex-referees that have refereed at the top level should be the ones that sit in these boxes. The referee could say: ‘Can you just check that with me? I’ve given a penalty but I’m not sure, so can you please let me know?', and the decision could be made in seconds.”

Special thanks to Mark for his insight. You can read more of his expert opinions, as well as those of several other former Premier League referees, at You-Are-The-Ref.com.