It is a breakfast that took place nine years ago yet remains one Scott Loach will never forget.

“It was my first breakfast with the England squad,” Loach reflects on his call-up to the senior Three Lions side in 2010. “I was sat at a table with Joe Hart, Gary Cahill and Steven Gerrard and was just thinking, ‘Don’t go back to your room, this may never happen again’.

“Joe got up, left and went back to his room. ‘Don’t leave, just don’t leave', I thought. Eventually, Cahill stood up and left and I was left sitting opposite Steven Gerrard. I didn’t know what to say to him but then he started talking to me as if he’d known me all his life. Instantly I felt settled.”

Loach had made quite a jump. A 22-year-old goalkeeper who played for Watford in the Championship, thrust into an England squad which contained not only Gerrard but John Terry, Frank Lampard and Wayne Rooney.

There were no nerves, no concerns about his place within the squad. Loach simply continued to do what had earned him the No.1 shirt at Vicarage Road and a prominent role within the Under-21 set-up.

Loach admits he could have done more with the opportunity, he could have pushed himself to new heights. Hindsight and experience have enabled such reflection.

“At the time I didn’t really take it all in, perhaps it was a bit of naïvety due to my age,” he says. “Instead of realising I was there on merit and doing all I could to make that spot my own I rode the crest of the wave and enjoyed the adrenaline rush. Now when I talk to people about the experience it’s a little surreal to think I was on that stage.”

Loach, a late replacement for Ben Foster, was on the substitutes’ bench as England defeated Hungary in August 2010. The following month he would be called up again, this time stepping in for Scott Carson for European Championship qualifiers against Bulgaria and Switzerland.

He was never handed his senior debut and wouldn’t be included in another senior England squad. And when the Three Lions take on Bulgaria on Saturday, Loach will be preparing for a gruelling run of fixtures with National League side Barnet, who he signed with this summer.

But there is no hint of regret or disappointment. Loach cherishes the experiences he had with England.

“I’m incredibly proud,” he says. “I may not have played but I was part of the England team and training with top players. A lot is said about high-profile players but I haven’t got a single bad word.

“Take John Terry. He came over to me in the changing room at Wembley, sat down next to me and said, ‘Whatever happens tonight, just enjoy the experience’. And as a young player those things really mean the world to you, they’re things you don’t forget.” 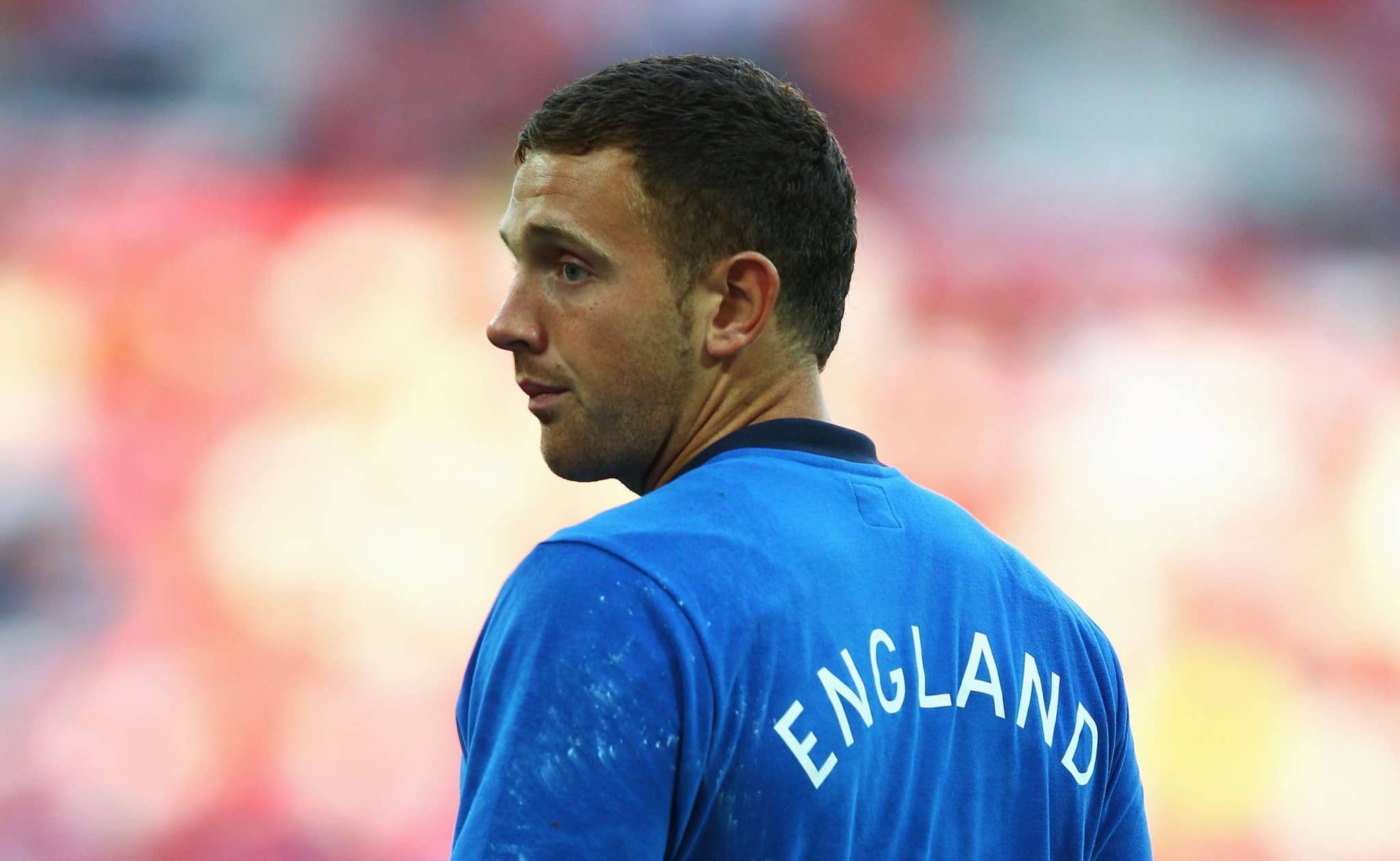 Those two England call-ups came in the middle of a four-season spell in which Loach established himself as Watford’s first-choice goalkeeper. He had signed at Vicarage Road shortly before his 17th birthday and, after three loan spells, broke into the starting XI during the 2008/09 campaign.

His league debut came against Reading, a game which contained one of the most infamous moments in recent Football League history.

Royals winger Stephen Hunt whipped a corner in the Watford area. It struck Hornets skipper John Eustace and bounced towards the byline. The ball was hooked back towards goal but referee Stuart Attwell blew his whistle and pointed to the centre circle. A goal had been scored.

“I laugh about it now because it has become this big thing,” Loach explains. “I had come on for Mart Poom after just four minutes and on the first goal kick I’ve kicked the ground. My two-year-old boy could kick the ball as far as it went.

“The next thing that happened was that ‘goal’. I remember thinking, ‘Well, it really can’t get any worse, can it?. I’ve kicked the floor and conceded a goal when the ball didn’t go anywhere near the net’.”

It’s a testament to Loach that the incident didn’t affect his performance and he went on to make 38 appearances for Watford that season. At the end of the campaign, he was selected in the England Under-21 squad for the 2009 European Championships.

Loach travelled as Hart’s understudy but made two appearances, both against Germany. The first was a 45-minute outing after England had already qualified from their group.

He says: “I’m a good size for a goalkeeper, 6ft 3ins, but I remember standing in the tunnel before that group match and it felt like somebody had placed a fridge next to me. It was Manuel Neuer. I have never had that feeling since. He was so big, so athletic.”

Loach’s second appearance was in the final. Hart was suspended and the then 21-year-old was drafted into the starting XI. A Germany side which contained future World Cup winners Neuer, Mats Hummels, Jérôme Boateng, Sami Khedira and Mesut Özil defeated England 4-0. It was a chastening result.

“I didn’t have a good game,” Loach admits. “I was definitely at fault for the second goal. But I played in a European final and nobody can take that away from me. I’ve got Neuer’s shirt from that game too, and he’ll go down as a goalkeeping legend.

“In a strange way it was also the best thing that happened to me; it was a real test of character. I used that to fuel my fire, to show people what I could really do.” 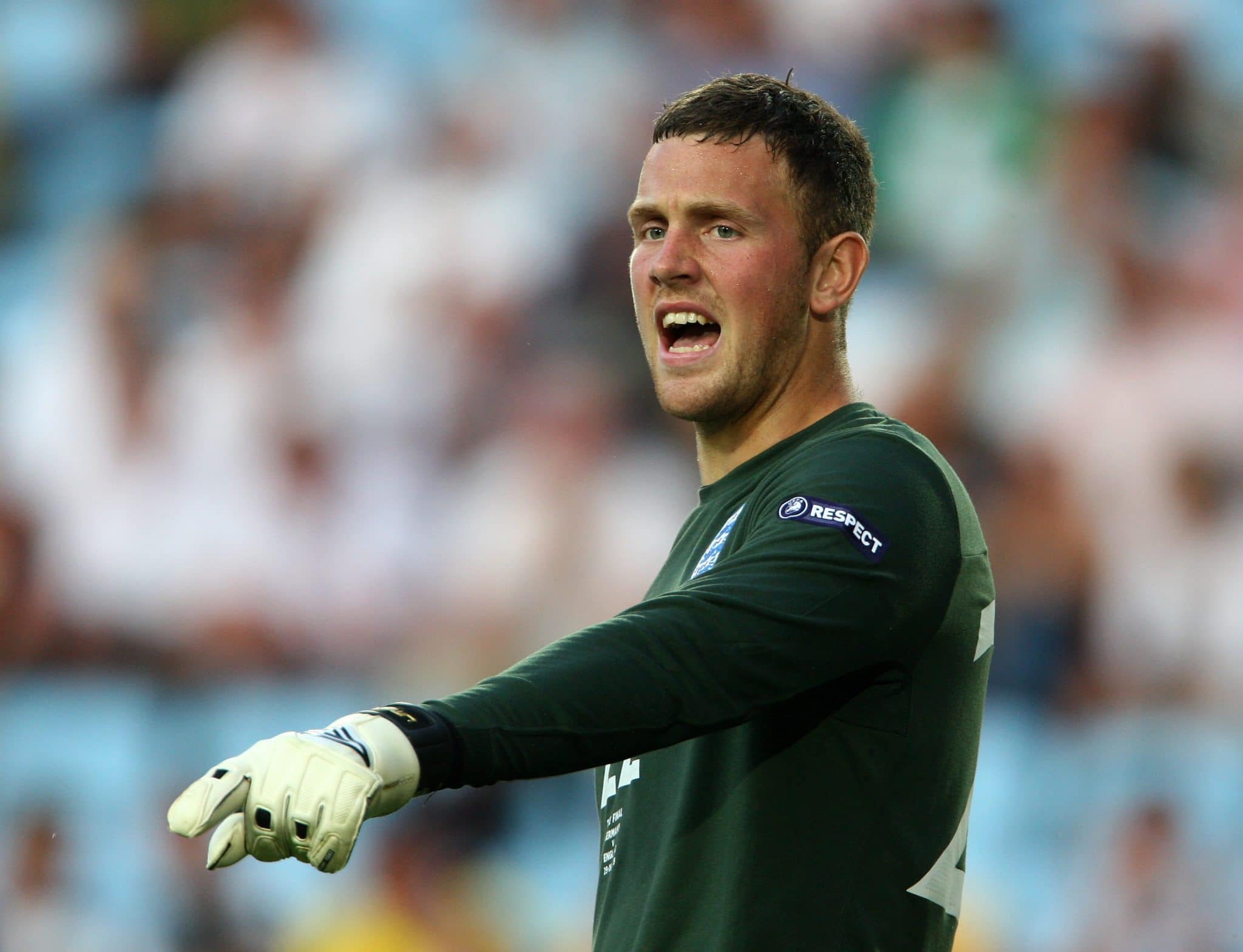 Midway through his second season at Watford interest emerged from Tottenham Hotspur. The Premier League side wanted to sign the young goalkeeper on loan with the option to sign him permanently for £2million in the summer of 2010.

Countless players would have jumped at the chance to move into the English top flight. Not Loach. He was settled at Vicarage Road and playing every week. He had no reason to bolt for the exit door.

“I was pulled into the office one deadline day and the gaffer (Malky Mackay) and [goalkeeping coach] Alec Chamberlain told me they wanted to keep me,” Loach explains. “At the time I thought, ‘Well I’m playing well at a Championship club, if I keep doing that then they’ll be back’.

“It’s not my personality to force an issue. I was happy with the position I was in. Perhaps that was a little bit of immaturity on my part. If I had my time again I’d want to go to Spurs, it’s not really an opportunity you should turn down.”

A Sliding Doors moment? Perhaps. Loach remained Watford’s No.1 over the next 18 months but did lose his place in the starting XI to Rene Gilmartin for a short period. A section of the Hornets support also criticised his performances. At the end of the 2011/12 season, Loach left Watford for Ipswich Town.

“I loved my time at Watford and played 163 games for the club,” he says. “If I’m honest, I probably take as much pride in that as the England call-ups because that is great consistently at a high level.

“The move to Ipswich… perhaps I was a rabbit in the headlights in terms of my decision to go there. I love Ipswich, it’s my boyhood club – my dad used to take me as a kid. But looking back perhaps I should have made a different decision.” 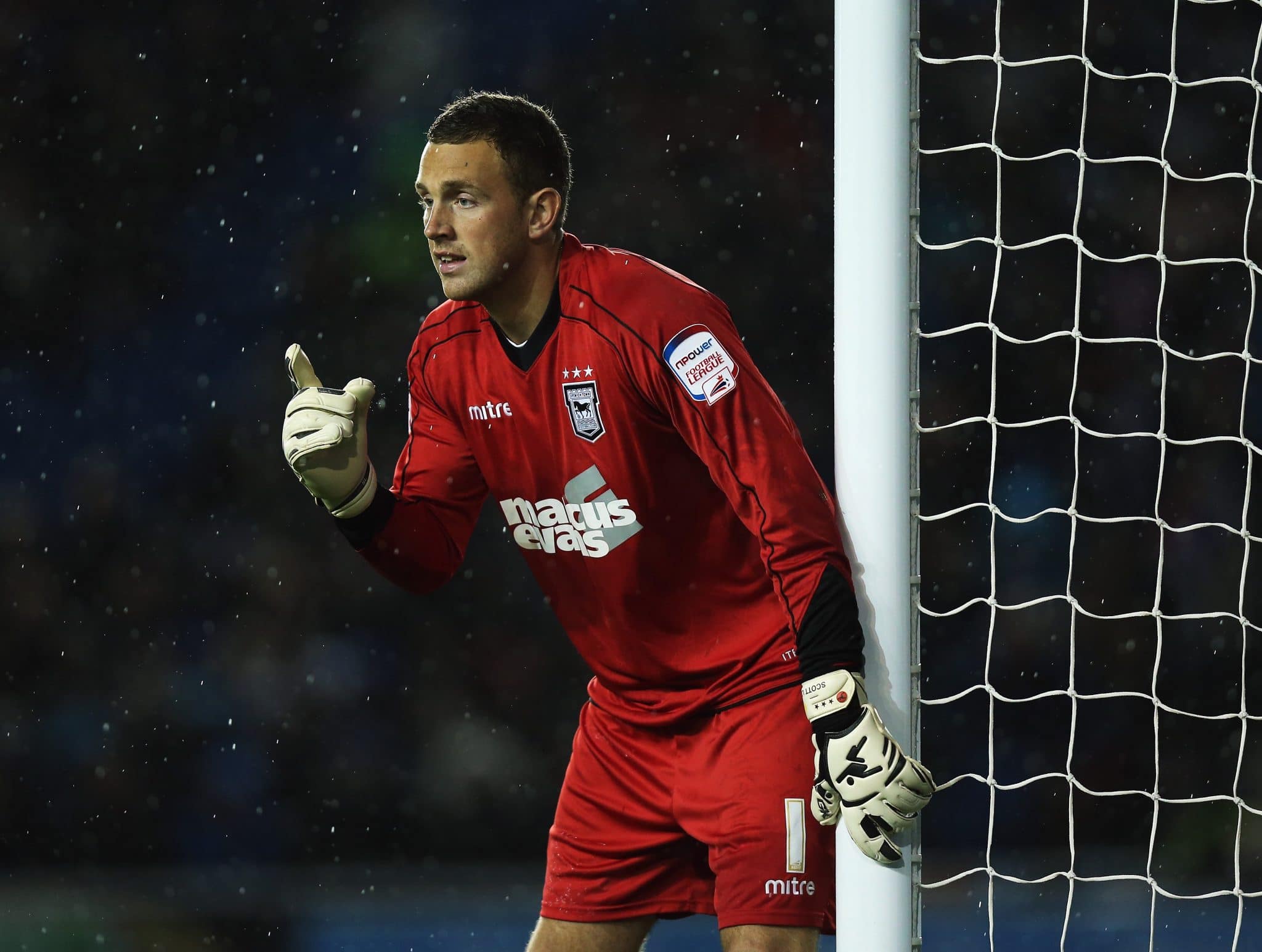 Loach made 25 appearances in his debut season. “Saving a penalty at Portman Road in one of my first games was like winning the World Cup for me,” he reflects. But after just two years he departed for Rotherham United.

It was the wrong move. He was loaned to Bury, Peterborough United and Yeovil Town during the 2014/15 campaign. Loach then joined Notts County but again couldn’t establish himself as first choice.

“I had a dip in form and games were hard to come by,” he explains. “So my wife and I decided we should have a base in Nottingham where my family could stay and I would go and do my thing. That has been brilliant for me. My wife had my back and it’s no coincidence since that I’m playing regularly again and really enjoying my football.”

The decision enabled Loach to sign with Hartlepool United in 2017. He was named Player of the Year at the end of his first campaign and then made over 50 appearances last season. He and the club were unable to agree on terms over a new contract this summer and so he moved on to Barnet.

Loach says he turned down offers from Football League clubs and teams in Scotland to sign with the Bees. His decision was based on the same principles which saw him turn down Tottenham all those years ago. He simply wanted to play.

“My aim, given the Championship and international experience I’ve got, is to try to reach 600 games. I believe I can still play at a high level, definitely back in the Football League, so I need to be in the spotlight, need to be playing matches. 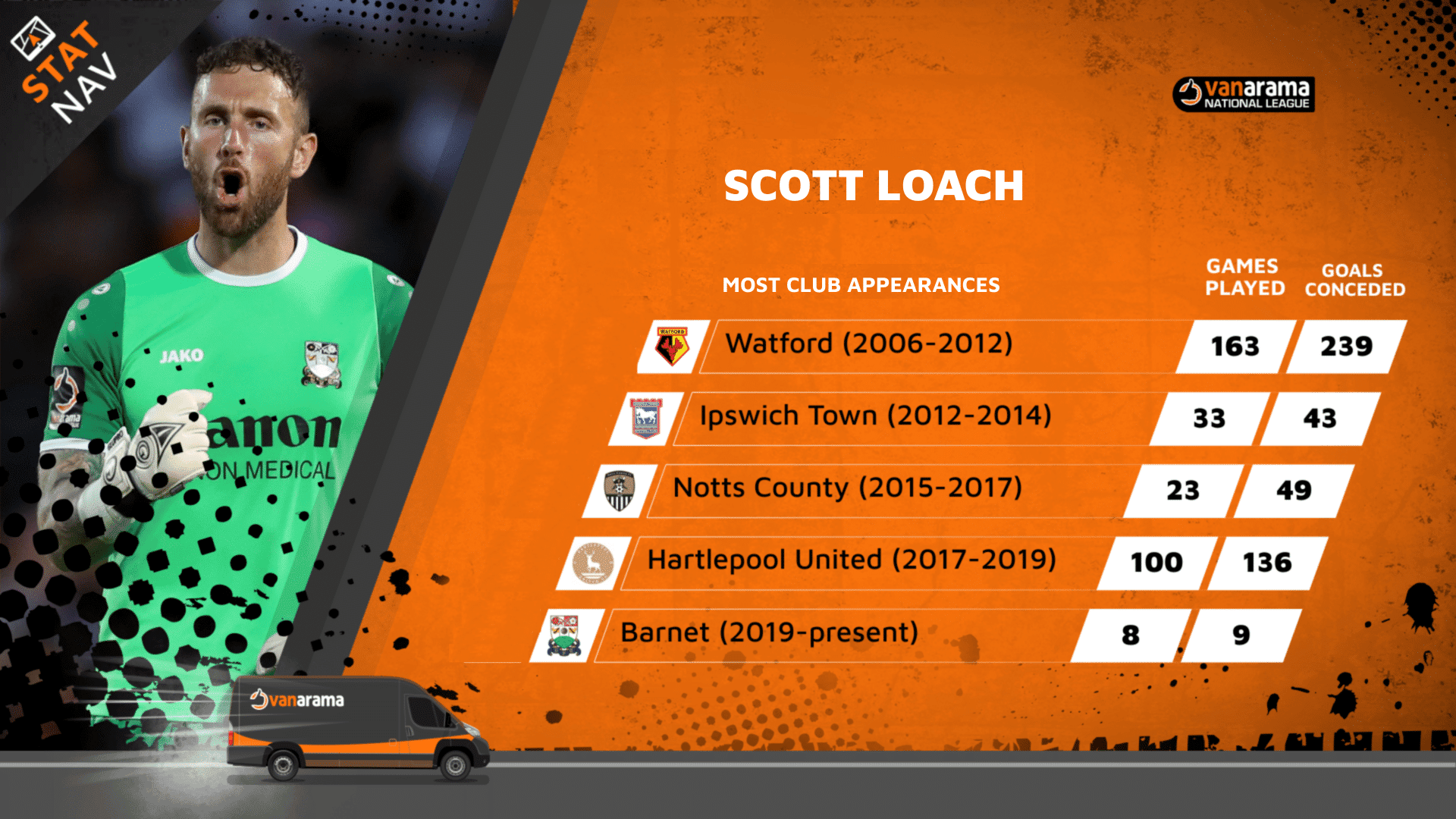 The Wembley arch looms in the distance at Barnet’s North London training ground, The Hive. It’s potentially a reminder not only of the position the 31-year-old goalkeeper was once in but also what might have been. Loach doesn’t adopt such a mindset. He made his decisions and has accepted the consequences of them.

“I guess people on the outside look at it and see that I am at Barnet,” he says. “But so what? I’ve done a lot of things in my career I might not have done if I’d made different decisions. There’s no point looking at what might have been, I’ll do that when I’m finished. For now, there’s still plenty that can happen in my career. It’s not close to being over.”