Celtic are keen to sign Lens defender Jean-Kévin Duverne, Football Whispers can exclusively reveal, as Brendan Rodgers looks to bolster his side for the defence of their domestic treble.

The Bhoys conceded the fewest goals in the Scottish Premiership last season, just 25, but that has not stopped former Liverpool boss Rodgers from looking to strengthen his backline.

Duverne, 19, has enjoyed a hugely impressive breakthrough season with Lens making 37 Ligue 2 starts as Sang et Or finished fourth on a dramatic final day of the season, dropping out of the promotion places due to a 96th minute winner from SC Amiens against Reims.

A centre-back is high on Rodgers' summer wish-list with Kolo Touré, at 35, playing just 17 times last season. Danish centre-back Kristoffer Ajaer, 19, is thought of as one for the future while Efe Ambrose will join Hibernian when his contract expires this summer after making just two starts last term.

The 2016/17 campaign has been a big one for the Parisian who has gone from turning out for Lens' second side to playing in Ligue 2 and coming close to helping the Sang et Or win promotion back to the top flight.

His performances have seen him earn admiring glances from a number of Premier League clubs including Liverpool, Tottenham Hotspur, Everton and Southampton.

Duverne's displays have seen him likened to Real Madrid defender and countryman Raphaël Varane. He is quick, agile, athletic and comfortable on the ball – a quality which is imperative for a potential Celtic signing.

Despite not playing first-team football until this season – he had previously only played in the Championnat de France Amateur (CFA), the fourth tier of French football – he has made the step up with apparent ease.

His former Under-17 and Under-19 coach at Lens, Christophe Raymond, has been impressed. “He's like a fish in the water,” he said. “He gives off something, he imposing. I find it good, even very good. And he displays a sacred serenity.”

Anthony Scaramozzino, 13 years Duverne's senior, has worked more closely with Duverne than most, partnering him in the centre of Lens' defence. The 32-year-old is sold on his potential.

“He is gaining experience over the course of the matches,” Scaramozzino said. “He is a listener. He must continue in this way to progress as quickly as possible. Because he has the capabilities, if he stays in that state of mind.”

What would he bring to Celtic?

Despite his novice status Duverne has shown he has the tools to be an impressive central defender. He already boasts most of the physical attributes required to play at the top level but if there is one concern it is that he needs to bulk up a bit.

Technically he is good on the ball which is a pre-requisite for any defender joining Celtic as Rodgers demands that his side build from the back.

For example, in the Lens' win over Ajaccio, he receives the ball and is immediately closed down. But Duverne has the confidence and close control to round the player pressing him and drive into the hosts' half, winning a free-kick. 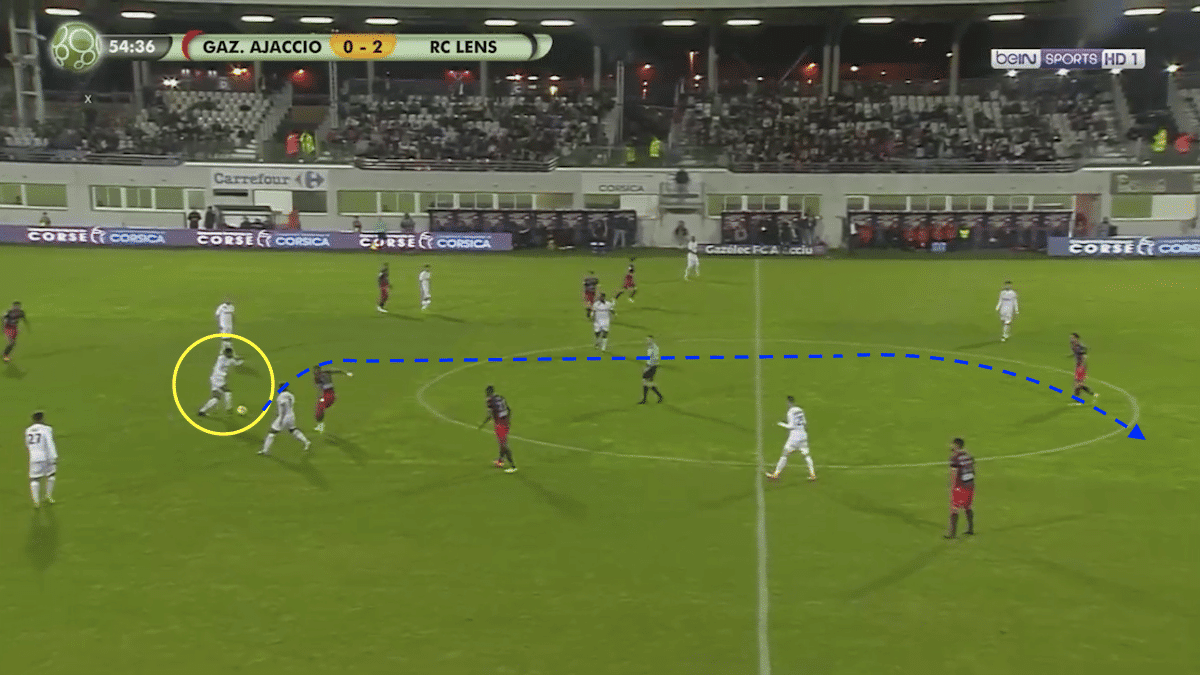 He can pass too. Against Valenciennes in February, Duverne's vision is underlined as he demonstrates his confidence to stroke the ball forward instead of playing the simple pass wide. 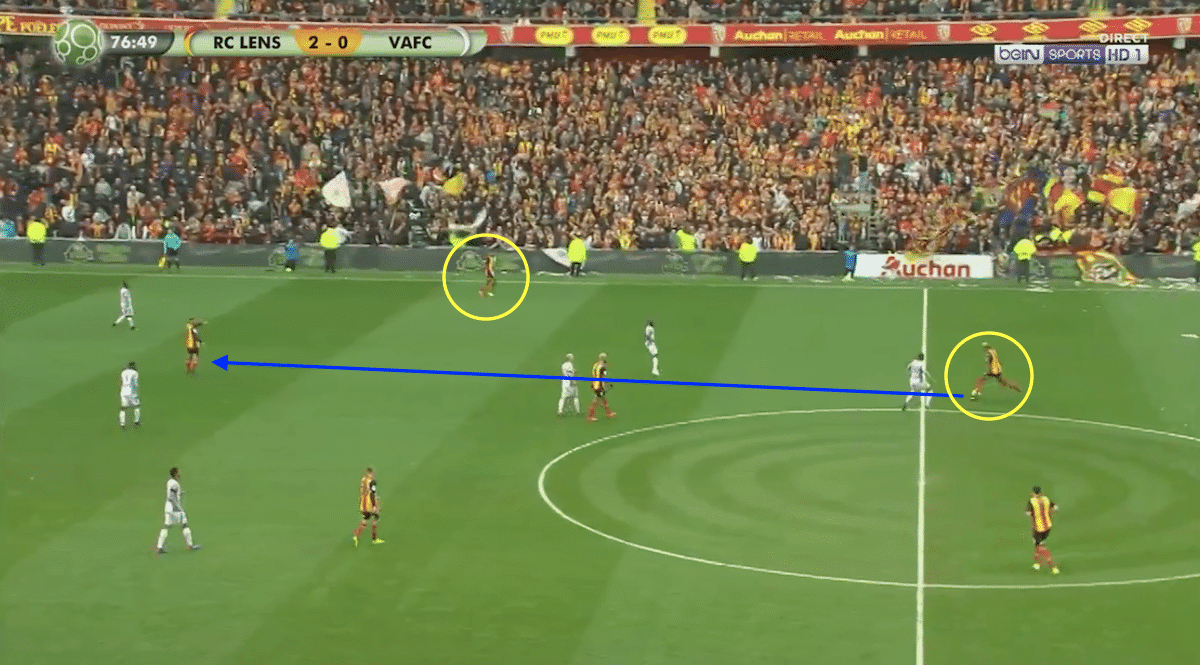 However, there is work still to be done. Without the ball Duverne can improve one-on-one and his tackling is not his strongest attribute either.

In the stills below, taken from their draw with Strasbourg last month, he is beaten all too easily and allows the Strasbourg attacker to advance into the penalty area and get a shot off on his favoured side. 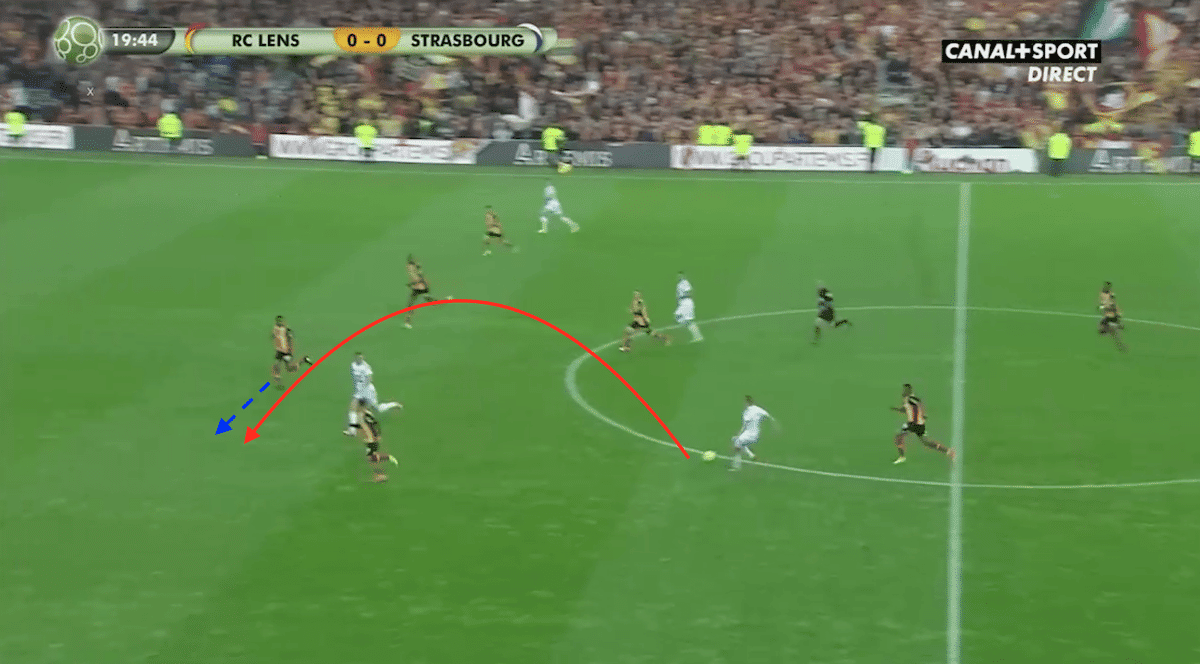 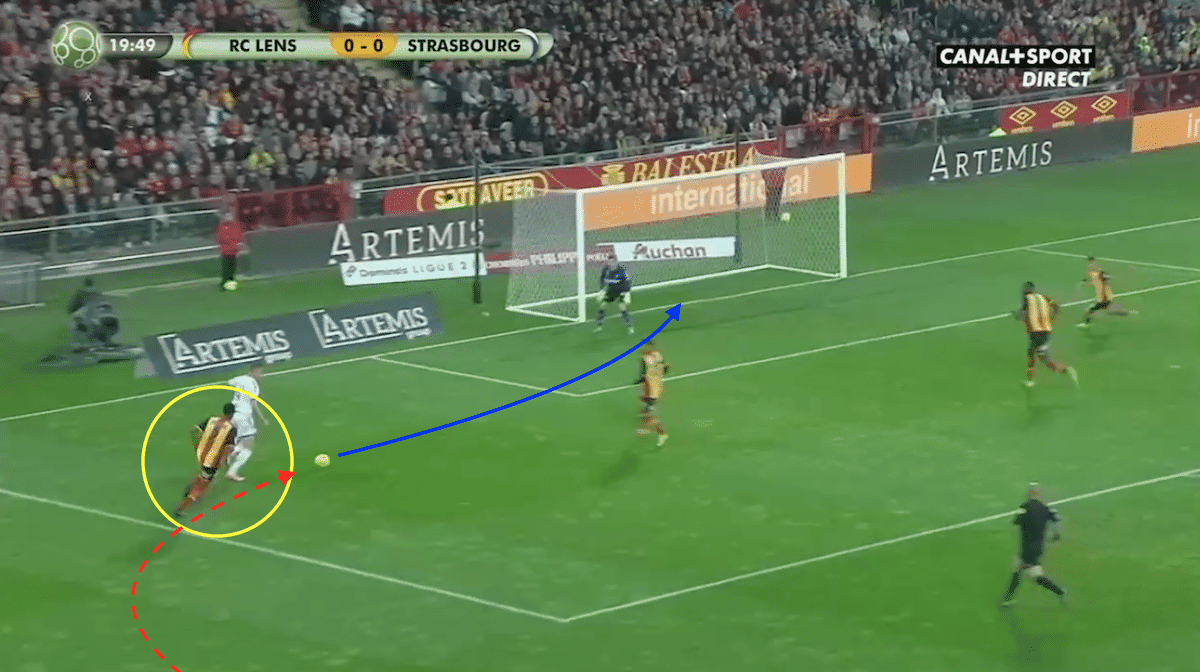 A couple of minutes later in the same fixture Duverne is shown up again. When it is apparent the ball is going to drop into the path of Strasbourg forward Khalid Boutaïb he comes across to help out. 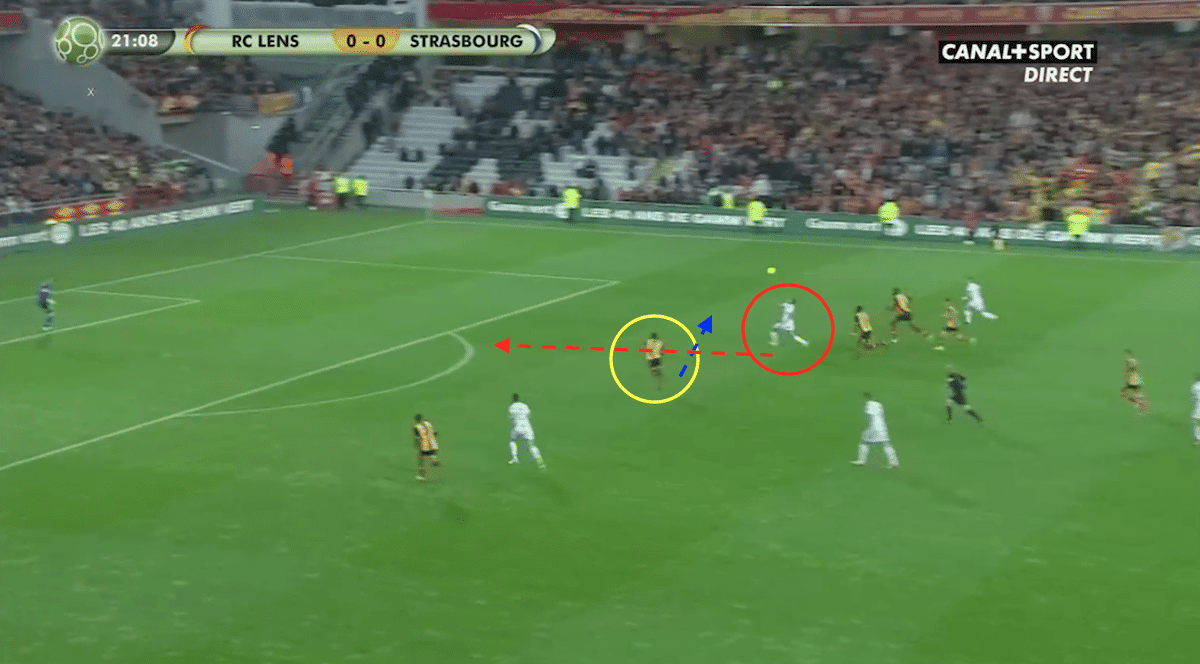 But he fails to win the ball initially and is outmuscled in his attempt to prevent Boutaïb advancing into the penalty area with his lack of presence highlighted. Fortunately, goalkeeper Nicholas Douchez is out quickly to block. 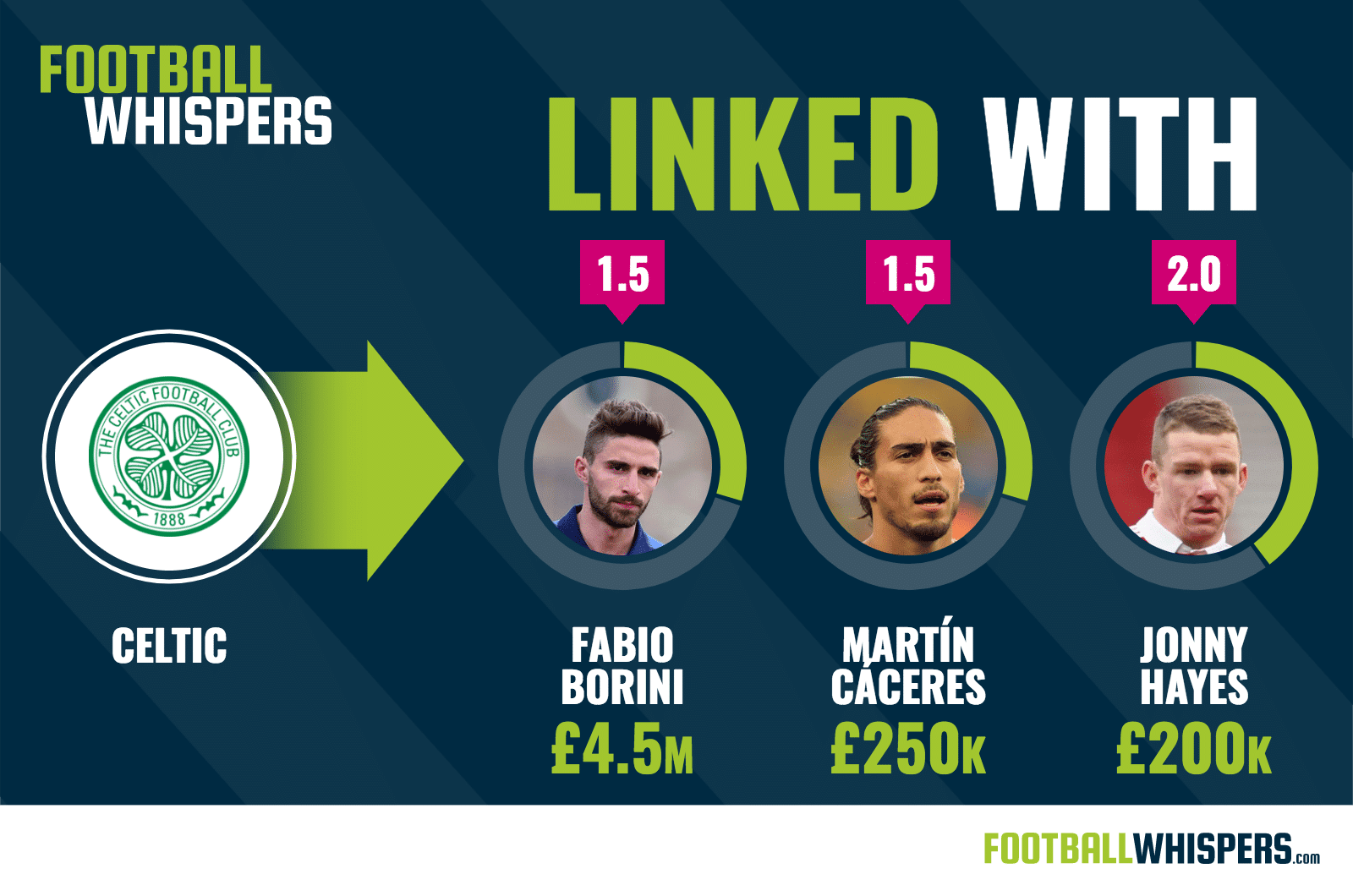 How would he fit in?

It seems unlikely that Duverne would arrive at Celtic Park and immediately break up Rodgers' first-choice pairing of Jozo Šimunović and Erik Sviatchenko.

However, in the Scottish Premiership where Celtic will expect to dominate again and make it seven-in-a-row, Duverne would get a good amount of minutes in the league.

Coming into the cauldron that is Celtic Park should not be a problem for Duverne. Lens average roughly 38,000 at Stade Bollaert-Delelis despite playing in the second tier.

Duverne is not the finished article by any means. But Rodgers has shown in the past, and now with Milan transfer target Moussa Dembélé, he is good at taking raw talent and moulding it. That could be a clinching factor for the player.