China is the place where careers go to die — or so says most of the press coverage when a player of any note is linked with a move east.

Such negativity is somewhat understandable with the Super League clearly far below its European rivals in terms of quality, yet it does not always have to be that a switch to the CSL is the end of a player’s career. Indeed, for Guangzhou Evergrande midfielder Paulinho, arriving in China was the catalyst for a revival.

When the Brazilian arrived in the south of China in 2015, his career was at a crossroads. Having moved to Tottenham Hotspur two years earlier as one of leading players in Brazilian football, he had started just three games in his second campaign in England. The previous year’s World Cup disaster had also seen his national team involvement come to an end. At 27 years old, a move to China felt like a resignation that his best days were in the past.

Yet, if ever there has been a player rejuvenated by a change of scenery it is Paulinho. While at Corinthians prior to his Tottenham move, the powerful midfielder was prized for the energy and drive he brought to the side. Not only did he contribute in defence, but he was also a regular goalscorer thanks to his late drives into the opposition area. As Corinthians claimed both Copa Libertadores and Club World Cup titles in 2012, Paulinho’s contributions were key.

However, the player remembered by Spurs supporters bares little resemblance to that figure — despite a creditable six Premier League goals in his debut season. Accusations of laziness surfaced and few supporters were sad to see him depart when the opportunity arose to secure £12million for his services in the summer of 2015. They may not feel his loss, but Guangzhou Evergrande have certainly gained.

Upon arrival, Evergrande were a team still struggling to cope with the departure of midfield fulcrum Dario Conca 18 months previous. 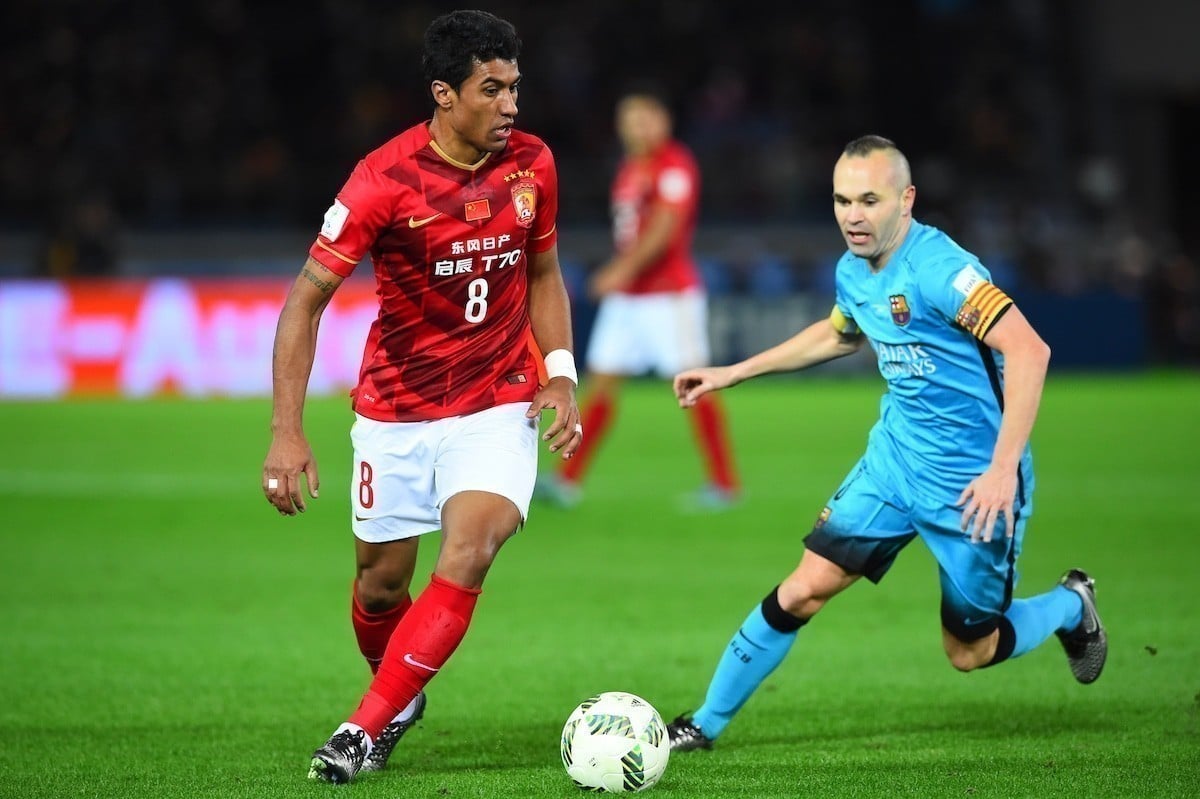 Experiments with Alessandro Diamanti failed miserably the previous year, while Brazilian Rene Junior had proved reasonable in shoring up the midfield but lacking in elite quality. Paulinho’s arrival ended all midfield questions. Four months later the club were celebrating AFC Champions League success based upon the competition’s most solid midfield unit.

In the opening two fixtures of this season, Paulinho’s continuing midfield influence has been clear for all to see. Evergrande were expected to beat Hong Kong rivals Eastern in the AFC Champions League and did so comfortably in a 7-0 victory with the Brazilian dictating play from the centre of the park. Much more of a test, though, was Saturday’s Super Cup clash between Evergrande and Jiangsu Suning. 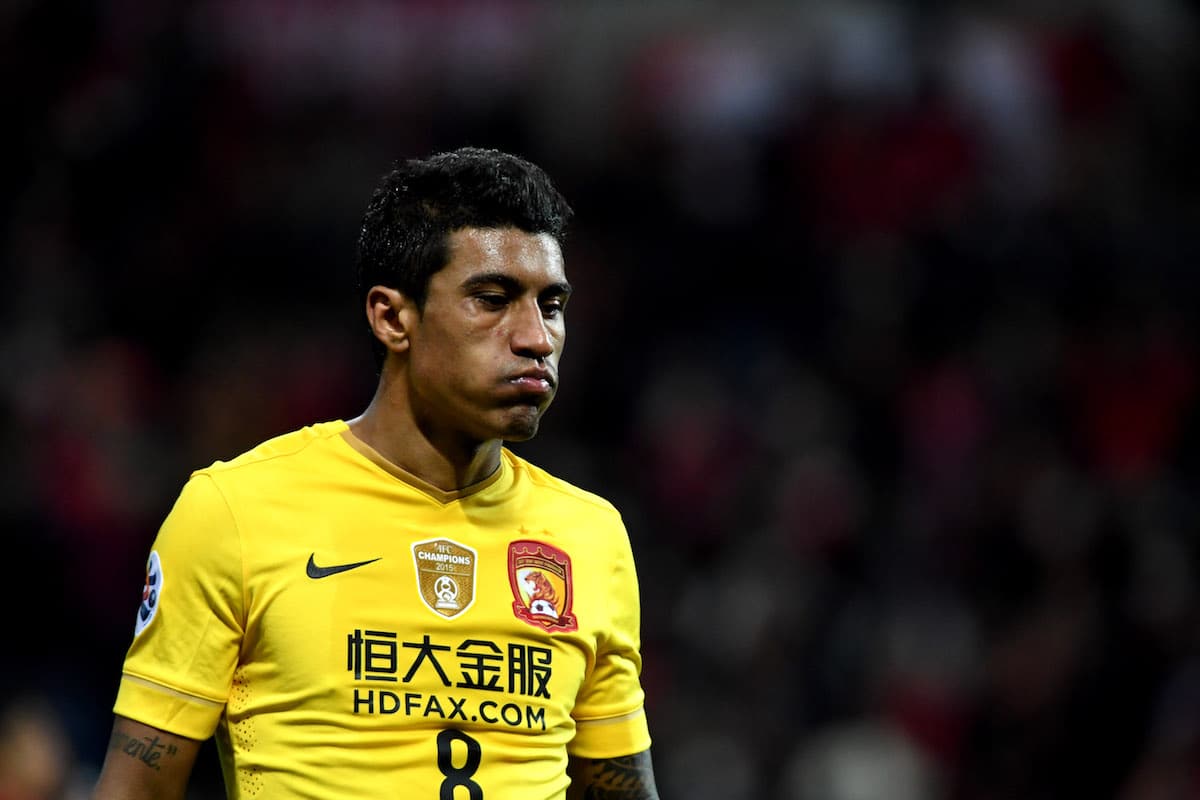 It is that variety of contributions which makes Paulinho so important to coach Luiz Felipe Scolari’s tactical plans. He can be destructive, but also creative and important to the side’s attacking structure. Indeed, against Eastern no player came close to his 94 completed passes. What’s more, he remains a regular goalscorer with seven league goals in 30 appearances last campaign — the only Evergrande player to start every game.

Unsurprisingly given the number of Brazilians now plying their trade in China, the midfielder’s giant performances have not gone unnoticed. His former coach at Corinthians, Tite, is now in command of the national side and Paulinho has been restored to a central role. Under new management, the selecao are cruising through South American qualifying with Paulinho joining Manchester City’s Fernandinho and fellow China-based midfielder Renato Augusto in the centre of the park.

While both Paulinho and Renato Augusto are both benefiting from their long-standing relationship with coach Tite, what they are showing is that a move to China is no longer prohibitive to national team selection. Shandong defender Gil is another former Tite stalwart who has enjoyed continued involvement and results have not suffered for their inclusion. 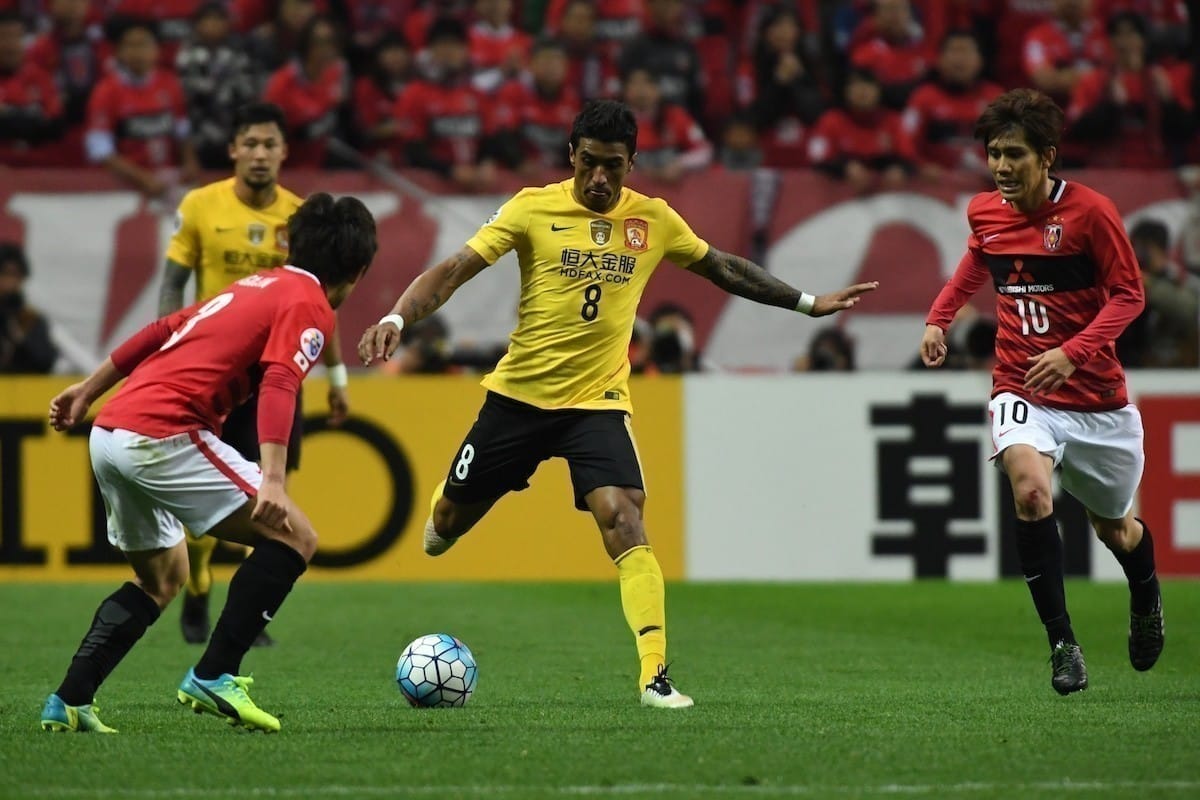 With Oscar, Alex Teixeira, Ramires, Hulk and Ricardo Goulart all hopeful of further involvement, they will be hoping Tite’s openness to China extends beyond his previous Corinthians charges.

Just a few years ago, a move to China would have automatically ruled a player out of national team selection but for national team coaches across the world, dealing with potential options heading to China is becoming a regular concern. Increasingly, they are open to selecting players based in the CSL.

While the Super League had previously largely hosted stars on their way out or younger talents with a point to prove, Paulinho has led the charge for a group of players to join the CSL in their prime. He has defied those who insisted his career was coming to an end by joining Evergrande, offering hope to those who have followed while still in their peak years.

The footballing landscape is changing and Paulinho’s impact in terms of rebuilding his career in China shows what can be achieved in Asia. Far from disappearing, the one-time Premier League player has seized his chance to return to international prominence.