Sometimes football fans can be an insular bunch; it means that top tier sides like Ivory Coast can still fly somewhat under the radar. With the Elephants set to face England next week though there will be a bit more interest in them. We also believe that when you start to understand them as a footballing nation, that interest will span much deeper than just a one off games. As such, we’ll look at everything you need to know about Ivory Coast.

The Elephants, as they are affectionately known, are fast approaching their 62nd year as a national football team after first taking to the grass in Madagascar on 13th April 1960. On that day, they beat Dahomey (now known as Benin). 20 months later, they recorded their best-ever win as they hit the Central African Republic for 11. Despite those impressive beginnings, which included making their first-ever African Cup of Nations in 1965, it took a long time for Ivory Coast to make real waves.

In 1992, the Elephants won their first piece of silverware in the shape of the AFCON. Beyond just winning the tournament though, they did so in an almost unbelievable fashion; they only scored goals inside 90 minutes in one match but didn’t concede a single goal in the tournament before winning the final 11-10 on penalties. A second AFCON triumph arrived in 2015. Again, the final needed penalties and, again, the side they beat was Ghana.

In between those two pieces of silverware though, Ivory Coast had started to put their name on a global stage. The Elephants have made three appearances at the World Cup with consecutive appearances between 2006 and 2014. Each time though, they’ve exited at the Group Stage. At some point, you fancy them to do more. 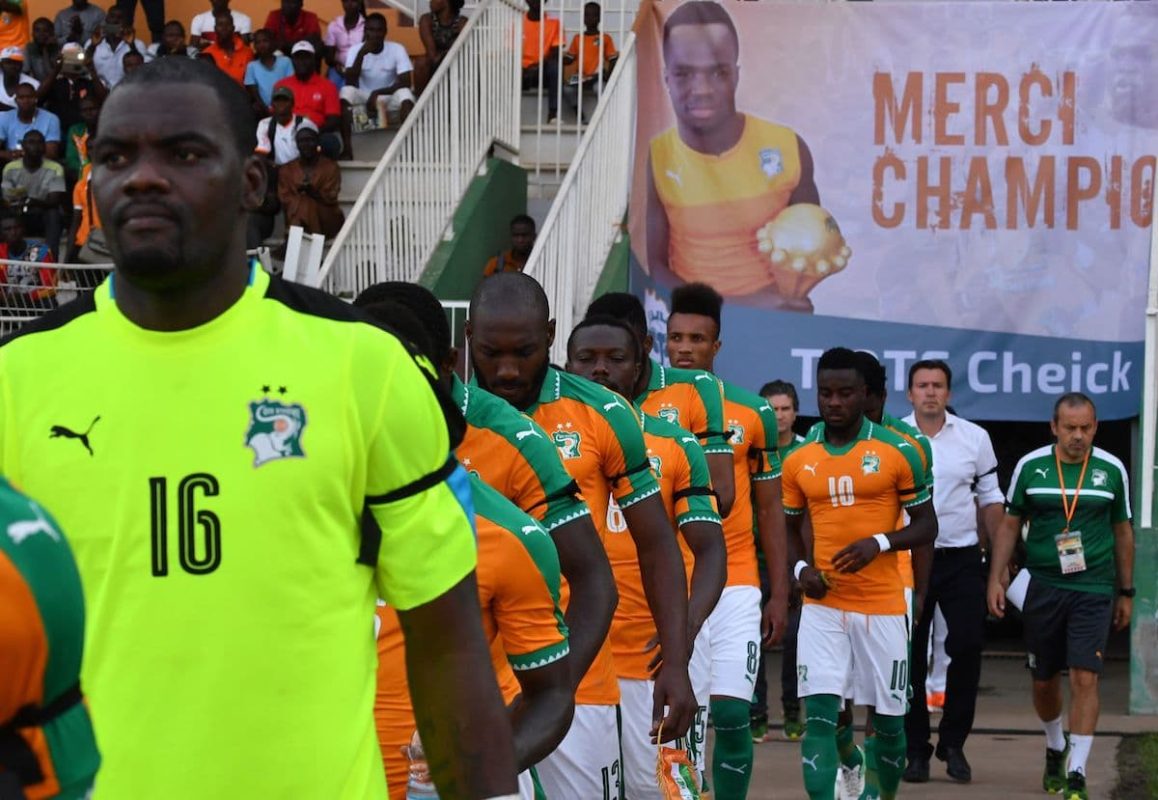 Over the years, Ivory Coast have had some massive names don the famed orange strip with the likes of Yaya Toure, Didier Drogba and Alain Gouamene just a few worth noting. That doesn’t mean they have a weak squad now though. Far from it in fact. Here we look at a few to keep a watchful eye on.

Kessie plies his trade for AC Milan at the moment but he has recently signed an agreement to join Spanish giants Barcelona in the summer. The 25-year-old is a real force in the middle of the park. His physical attributes are often lauded but his technical ability shouldn’t be underestimated either.

Crystal Palace fans will know all about Wilf Zaha; the winger has been a star player in the Eagles side for a long time now. He is capable of turning defenders inside out, will be a livewire in the final third and his end product seems to be continuously improving too.

Arsenal raised a few eyebrows when they shelled out £72m on wide attacker Pepe and, whilst the move hasn’t exactly worked out, he has shown glimpses of his quality. One goal and one assist in 15 league appearances isn’t exactly stunning but minutes have been limited. In the League Cup he has six goal involvements in three games.

West Ham fans look away now. The Hammers paid a pretty penny for Haller but the striker flopped in England – big time. He joined Ajax last January though and has been tearing things apart both in Holland and in Europe. After 14 goals and three assists in 54 games in London, he now has 46 goals and 16 assists in just 58 Ajax appearances.

Our final man to watch is Odilon Kossounou. The 21-year-old centre back was first picked up in Sweden before moving to Belgium and, most recently, to the Bundesliga where he plays for Bayer Leverkusen. He instantly made a name for himself in Germany, impressing so much that he was a nominee for the Golden Boy award.

The obvious place to start with Ivory Coast’s recent form is the two major tournaments; that’s the African Cup of Nations and the 2022 World Cup. Qualification for the World Cup from CAF is widely accepted to be a much harder path to tread compared to confederations like UEFA; this time round, it proved too difficult for Ivory Coast. The Elephants performed pretty well in their qualification group and went into their final game unbeaten and needing just a point to progress. Unfortunately, they came up short. Cameroon beat them 1-0 to leave Ivory Coast second in the group; there are no second chances either so Ivory Coast will not be at Qatar.

The World Cup blow came in November. Around six weeks later the AFCON tournament kicked off. Ivory Coast took seven points from nine in their group stage to progress into the knockout phase but came unstuck in the first ‘playoff’ round. On that occasion, they held eventual finalists Egypt to a goalless draw but Man United centre back Eric Bailly missed a spot-kick before Liverpool hero Mo Salah netted the final penalty to send Egypt through.

Since those back to back disappointments, the Elephants have only played one other game. That was on Friday against France. They lost 2-1.

What does the future hold for Ivory Coast

With recent form and the Ivory Coast’s key players already discussed, what does the future have in store? In theory, there is a lot to be positive about with a strong midfield – particularly if you also mention Ibrahim Sangare of PSV – and highly capable attacking talents; you can add Serie A pair Hamed Junior Traore and Jeremie Boga to the names mentioned earlier too.

The question marks come at the back. Kossounou is decent but only young; of other defenders in and around the squad, the best of the bunch are a trio known to Premier League fans namely Willy Boly, Eric Bailly and Serge Aurier. They are capable but unlikely to uproot any trees. A top keeper is missing as well. With all that considered, they may well have the occasional stunning result and they might get to major tournaments. Unfortunately, though, they're unlikely to be winning anything of note until that backline improves; there is a reason the phrase “attacks wins games and defences win titles” has become a cliché after all.