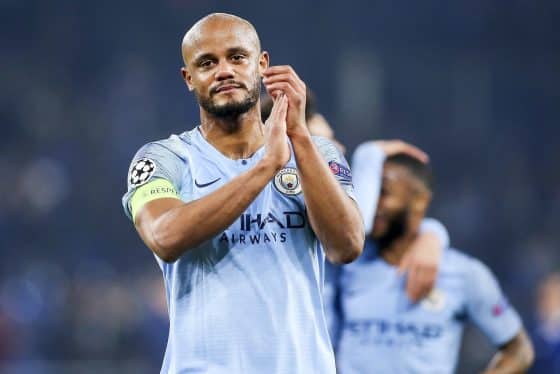 It’s fair to say that Manchester City’s fortunes have changed dramatically since the takeover by Abu Dhabi United Group Investment and Development Limited in September 2008.

Man City owner Sheikh Mansour has spent billions trying to provide his managers with the right players, and it has certainly paid off, with the club winning several trophies over the last 10 years.

While Man City have signed countless attacking stars, a huge chunk of the finances spent has focused on defensive players.

We take a look at exactly where these funds have gone over the years.

Chelsea left-back Wayne Bridge was among the first arrivals under the new Man City era, joining from the west London side for around £10m. Fellow Blue Tal Ben Haim was also brought in for £5m.

While the pair didn’t have a spectacular time at City, the signings of Vincent Kompany and Pablo Zabaleta for £6m and £6.5m respectively more than made up for this, with the duo going on to have astonishing careers in light blue.

The first year of the Sheikh Mansour era can, therefore, be considered a success when it comes to defenders, with both Kompany and Zabaleta going on to captain the club and play a key role in their current dominance of English football.

Everton’s Joleon Lescott was the marquee defensive signing of 2009/10, joining from the Toffees for £22m. Arsenal hero Kolo Toure also joined the ranks, moving from the Gunners on a four-year deal for £14m.

Much of the excitement during this time was, however, reserved for attacking signings Carlos Tevez and Emmanuel Adebayor.

After spending much of their time on fellow Premier League clubs, Man City now turned their attention to European defensive players. Aleksandar Kolarov signed from Lazio for £18.9m, with Jerome Boateng moving from Hamburg for £10.5m.

The former certainly enjoyed life in Manchester, but the latter was quickly moved on to Bayern Munich after a disappointing spell in England.

Again, it was the incomings at the other end of the pitch that stole the headlines, with Edin Dzeko, Mario Balotelli, Yaya Toure and David Silva all arriving at Man City that year.

Another defender who failed to make his mark at Man City was Stefan Savic, who joined from Partizan Belgrade for £6m in the 2011/12 campaign. The saving grace that year was, however, the arrival of Arsenal full-back Gael Clichy, who made a £7m switch from north London.

Fiorentina’s Matija Nastastic was the main defensive buy of 2012/13, with the centre-back coming in for £12m, with the recently joined Savic going the other way as part of the deal. Brazilian veteran Maicon also made a move to the blue half of Manchester for around £3m.

Seemingly settled with the defensive options now available, the only defender to join the club in 2013/14 was Atletico Madrid’s Martin Demichelis. Signed for £4.2m, the Argentine won a league title and two League Cups during his three-year stint in England. 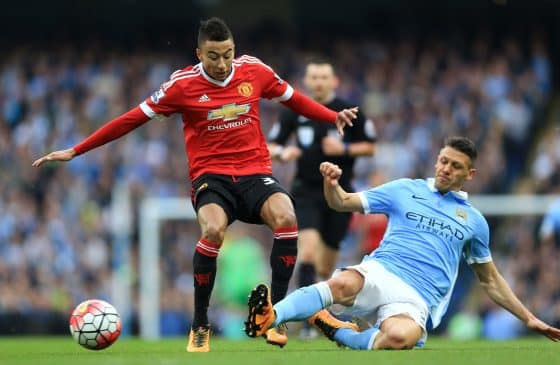 But the lack of money spent on strengthening the defence only lasted one year, with Porto centre-back Eliaquim Mangala coming in for £32m in 2014/15. It was City’s most expensive signing in a year where Wilfried Bony, Fernando and Willy Caballero all joined the club.

Another centre-back was drafted in to try and improve the club’s fortunes in 2015/16, with Nicolas Otamendi joining from Valencia for around £32m.

But the Argentine was by no means the costliest deal for Man City, with duo Kevin De Bruyne and Raheem Sterling arriving for £54m and £49m respectively. Fabian Delph also arrived from Aston Villa.

A certain Pep Guardiola was now in the Man City dugout, and the new boss was quick to implement a huge number of changes to his squad. Ilkay Gundogan, Nolito, Claudio Bravo and Leroy Sane were among his first incomings.

At the back, centre-back John Stones was signed for £47.5m after impressing at Everton, while Ukraine youngster Oleksandr Zinchenko arrived from Ufa for around £1.7m.

The following year saw a huge cleanout of unwanted players, with Pep eager to build a world-class side that was capable of challenging on all fronts.

Laporte arrived in January that year, meaning the £50m paid for Tottenham Hotspur right-back Kyle Walker the previous summer was a world-record fee for a defender.

Leicester star Riyad Mahrez was very much the big money move of 2018/19, but Guardiola did try and make some defensive investments in the form of youngsters Philippe Sandler and Ko Itakura. They arrived from PEC Zwolle for £2.6m and Kawasaki Frontale for £1m respectively.

Once again, the lack of business at the back didn’t last long, with Guardiola spending £60m on Juventus full-back Joao Cancelo, with Danilo going the other way.

Left-back Angelino meanwhile re-signed for Man City for £5.3m from PSV Eindhoven, having previously been at the club at the beginning of his career. 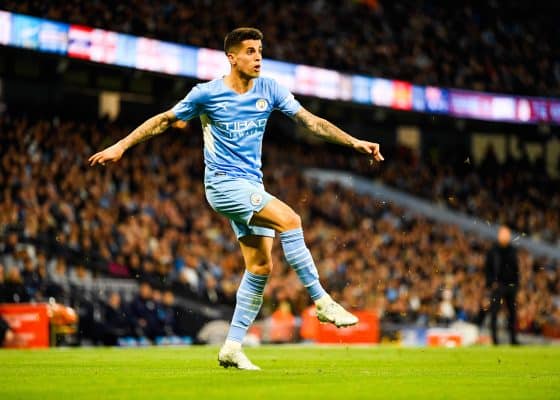 The high-profile deals kept coming a year later, with Man City welcoming centre-back Ruben Dias to the club in a £65m move from Benfica. Bournemouth defender Nathan Ake also made a £40m switch to the Etihad.

Teenage right-back Issa Kabore was also brought in for around £3.8m from Belgian side KV Mechelen, as reported by Transfermarkt.

Much of the funds for 2021/22 were reserved for Aston Villa’s Jack Grealish, with no defenders brought in by Guardiola. It is a similar situation so far in 2022/23, with Erling Haaland the only player signed by Man City so far, with Julian Alvarez also expected to join after his loan spell at River Plate.