Everton begin life under their controversial new manager Rafa Benitez at home to Southampton and the former Liverpool boss could really do with a win in his first game to appease some of the doubters. After losing Danny Ings to Aston Villa, the Saints will be hoping that his replacement Adam Armstrong can make the step up to the Premier League and score plenty of goals as he did for Blackburn Rovers last season.

The last three meetings between these two clubs have produced under 2.5 goals and we're expecting another tight and tense 90-minutes at Goodison Park this weekend. Four of the Toffees' last six outings have witnessed fewer than three goals scored and under Rafa Benitez, the hosts should be hard to break down and very economical in front of goal.

Only one team scored in each of the two league meetings between Everton and Southampton last season, with Everton winning 1-0 at Goodison Park and Southampton running out 2-0 victors at St Mary's. Only one of Everton's last six matches have ended with both teams getting on the scoreboard and the same can be said for just two of Southampton's last six outings.

Dominic Calvert-Lewin top-scored for Everton last season with 16 Premier League goals and while the England international missed the final pre-season friendly, he is expected to be back in the squad for the opening game on Saturday. With Richarlison being rested following his Olympic goal medal, Calvert-Lewin will be the main source of goals for the Toffees and the additions of Grey and Townsend mean that service to the big striker will be plentiful.

Benitez needs a positive start to his Everton career

Pre-season didn't go to plan for Everton due to Inter Milan and Arsenal dropping out of the Florida Cup and the heavy defeat at Old Trafford last weekend. However, they were just friendlies and Benitez will be demanding a good performance from his players in front of a packed Goodison Park for his first game in charge. The Toffees usually perform well at home against the Saints, so there is plenty of optimism in the host's camp ahead of Saturday's season opener.

Southampton have lost their main source of goals and have taken a risk on Championship striker Adam Armstrong. Whether or not the Saints' risk will pay off is yet to be seen but his teammate Che Adams took time to adjust to the Premier League and now looks a genuine threat in each game he plays. Walcott returns to Goodison Park and will be aiming to show his former employers just what they are missing out on, and the hosts will have to watch out for his pace and movement. 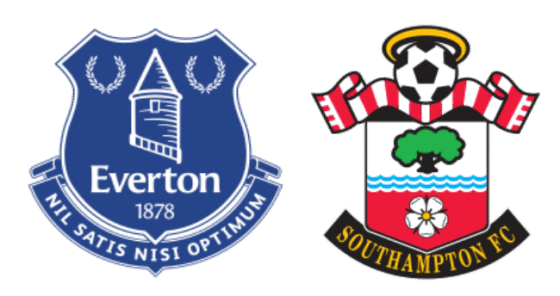