Defeat in midweek to Burnley has left Everton at their very lowest point in the Premier League this season and now they face a tough home game against Man Utd. The visitors arrive knowing they need all 3pts as they continue to battle for the final Champions League spot and with the Toffees looking limp, the Red Devils can smell blood in the water.

Mna Utd haven't lost against Everton since 2019 and we're backing the visitors to secure all 3pts on Saturday. United have won their last two trips to Goodison Park but don't head into this game in the best of form. However, Everton have lost five of their last six matches in all competitions and defensively the hosts look the worst they ever have done in the Premier League era.

Both teams have scored in five of the last six competitive meetings between Everton and Manchester United, and we're expecting more of the same in Saturday's early kick-off. Everton's last two games saw both teams score while four of Man Utd's last six outings have ended with both teams getting on the scoreboard, so you can see why we're not expecting either side to keep a clean sheet this weekend.

Desperate times for Everton ahead of a tough run of games

Everton faced a must-not-lose match away at Burnley on Wednesday night but Frank Lampard's men crumbled as per usual on the road and ended up losing a game they should have won. Collins put the hosts in front after just 12-minutes with Everton conceding from yet another corner. However, the Toffees responded well and earned two penalties which Richarlison converted to put the visitors 2-1 up at the interval. Burnley came out in the second half with more purpose and Everton's dire defence let it two poor goals to lose the game 3-2. A massive win for Dyche's men and a huge defeat for the Toffees.

Man Utd played host to Leicester last time out for what was a close and competitive 90-minutes. The first half ended goalless and it was the Foxes that took the lead through Iheanacho in the 63rd-minute but that lead only lasted 3-minutes before Fred equalised for the hosts. Man Utd were lucky not to lose the game as Leicester had a goal disallowed by VAR when there was no clear and obvious error. Their form is poor but they take on an Everton side that are there for the taking this weekend.

Man Utd: Ronaldo, Shaw, Lingard and Cavani are all doubts for the trip to Goodison Park.

Your Questions ahead of Everton vs Man Utd 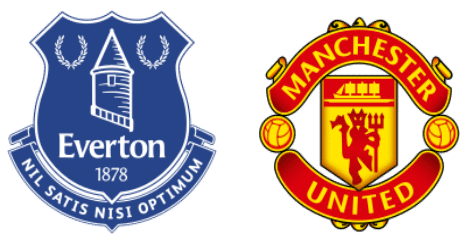