Everton's form in the Premier League has dipped off so much that many are already speculating over the future of manager Rafa Benitez. One of the Spanish manager's former clubs make the short trip across Stanley Park on Wednesday as in-form Liverpool look to end their run of three games without a win against the Toffees.

We're backing the visitors to secure all 3pts and a clean sheet on Wednesday night due to the two club's contrasting form. Everton are without a win in their last seven matches and have failed to score in their last three league games, while Liverpool have won four of their last six matches, keeping clean sheets in each of those victories.

The Merseyside derby can often end up being a tight and tense affair but we're expecting at least three goals to be scored, all going the way of Liverpool. Two of the last four league meetings between the pair have produced over 2.5 goals, while three of Everton's and four of Liverpool's last six outings in all competitions have witnessed at least three goals scored.

Salah has scored 11 league goals for Liverpool so far this season and we're backing the Egyptian international to score against Everton as well. Salah has scored 7-goals in his last 10 matches for club and country and now he goes up against an Everton defence that has only kept one clean sheet in their last seven attempts.

Out of form Everton expected to lose

Everton were their own worst enemies against Brentford at the weekend. Townsend, who had a very poor game, gave away a first-half penalty which Toney converted and the hosts lead 1-0 at the interval. The Toffees dominated the second forty-five and yet rarely threatened the Brentford goal, largely due to the poor pace and movement of Rondon who looks a shadow of the player that impressed under Benitez at Newcastle. The pressure is on Benitez now, especially as many of the Toffees faithful never wanted him in the first place and a heavy defeat against their arch-rivals could bring his short reign to an end.

Liverpool cruised to a 4-0 win at home to Southampton on Saturday. Jota scored twice in the first half and Thiago popped up with a rare goal to make it 3-0 at the break. Commanding centre-back van Dijk made it 4-0 early in the second half and the hosts took their foot off the accelerator from then on. The Reds have a lot of goals in them and will almost certainly challenge Man City and Chelsea for the top spot in the Premier League this season.

Liverpool: Roberto Firmino, Joe Gomez, Naby Keita, Curtis Jones and Harvey Elliott have been ruled out of the Merseyside derby through injury. 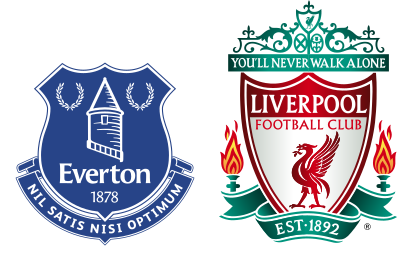