Everton must play more positively at home and start getting results if they want to be playing European football next season. The Toffees go up against a Crystal Palace side that they have great recent record against, especially at Goodison Park, and their guests arrive with a number of injury concerns. Read on for our full preview and prediction for Everton vs Crystal Palace in the Premier League.

While Everton have lost their last two home games against Burnley in the Premier League and Man City in the FA Cup, the Toffees have won four of their last six matches against Crystal Palace, including their last three meetings at Goodison Park. The Eagles were thrashed 4-1 in their last away game by Tottenham and can expect an equally tough 90-minutes on Monday evening.

Both teams have scored in just two of the last five encounters between Everton and Crystal Palace in the Premier League. Just one of Everton's last six matches have seen both teams score as have just two of Palace's last six outings, so you can see why we're only expecting goals at one end of the pitch in this game.

James Rodriguez to have an Assist

Everton have at times this season lacked creativity, but when James Rodriguez has been fit and able to start games he has provided that extra level of class that inevitably leads to goals. The Colombian international is credited with 4 assists in the Premier League this season but he so often engineers everything positive about Everton going forward and if the Toffees can welcome him back from injury on Monday, then he could make the ultimate difference.

Every stat and all the odds for Everton vs Crystal Palace

Everton were knocked out of the FA Cup before the international break by Man City but gave a very good account of themselves. However, the Toffees appear more comfortable on the road this season and their home performances had been dire at times, so Carlo Ancelotti will be looking for his side to take Monday's game by the scruff of the neck. Everton are in decent form right now, picking up three wins from their last five Premier League games and look set to be boosted by the return from injury of James Rodriguez. Davies, Godfrey, Olsen and Delph will likely face late fitness tests but it is expected that Pickford and Rodriguez will make a welcome return to the squad. However, Doucoure, who has been one of the club's best players this season, won't feature and neither will long-term absentee Gbamin.

Crystal Palace secured a 1-0 at home to West Brom last time out in the Premier League, but have only won two of their last six matches and failed to score in three games during that period. The Eagles sit 12th in the Premier League table but could move above Leeds with a win. However, Crystal Palace haven't won any of their last 12 games against Everton, losing four of the duo's last six encounters, so a win on Monday could be much easier said than done. McArthur, Ferguson, Sakho and Tomkins have been ruled out of the trip to Liverpool, while doubts remain over the fitnesses of former Everton man McCarthy, Mitchell, Clyne and Kouyate with late fitness tests for all, expected.

FAQ about Everton vs Crystal Palace 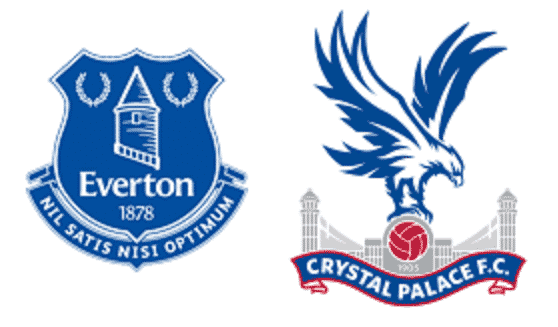