As is now customary in the Premier League, Everton’s fans hired a plane to vent their frustrations. “Bill Kenwright & co, time to go,” read the banner flown over St Mary's Stadium for a game in 2015, illustrating the common ill-feeling over the lack of investment from the board in the Merseyside club.

Not only were Everton supporters frustrated over who was coming into the club, but who was going out as well. “That's the plan,” said then manager Roberto Martinez when asked around the same time whether the Toffees could really hope to keep hold of defender and prize asset John Stones.

“We have enjoyed his development and the way he has grown in the last two seasons. He just puts a smile on your face when you see John Stones defending.” Earlier in the same day, director Jon Woods had been captured on a camera phone making an even more bullish statement. “I won't sell him, Bill won't sell him, because there aren't many days to go,” he said.

Of course, while Everton managed to fend off interest in Stones that summer, he eventually left for Manchester City the summer after.

This summer, however, might have signified a shift in Everton’s identity. Farhad Moshiri’s takeover of the club in February 2016 turned them from a member of the have nots to a member of the haves. The Toffees now have the backing, to the tune of billions, to compete on an equal footing with their rivals. They have money to spend.

That is reflected in the club record signing of goalkeeper Jordan Pickford from Sunderland, as well as the £23million capture of Davy Klaassen from Ajax. Their transfer business is unlikely to end there, with Everton reported to be close to the signing of Sandro Ramírez from Malaga, Michael Keane from Burnley and Nigerian striker Henry Onyekuru. That would likely take their spending for the summer close to the £100million mark.

Those last two signings would be most significant. Reports claim Everton aren’t the only clubs interested in both players, with Manchester United at one point interested in taking Keane back to Old Trafford and Arsenal monitoring Onyekuru.

While Everton in the past would have been usurped by rivals with more money and more to offer, now they can compete at a similar level. As a club, they have plenty to offer those sitting on the top shelf of the transfer supermarket.

It’s not just down to money, either, with Everton’s plans for a new stadium also highlighting the upward trajectory of the club as a whole.

However, that was offset somewhat by the £47million sale of Stones to Man City. They splashed the cash, but stuck to the guide of Everton as transfer market pragmatists.

This summer has, so far, been difficult. That could change with the expected exit of Everton’s transfer market exerts up until this point. 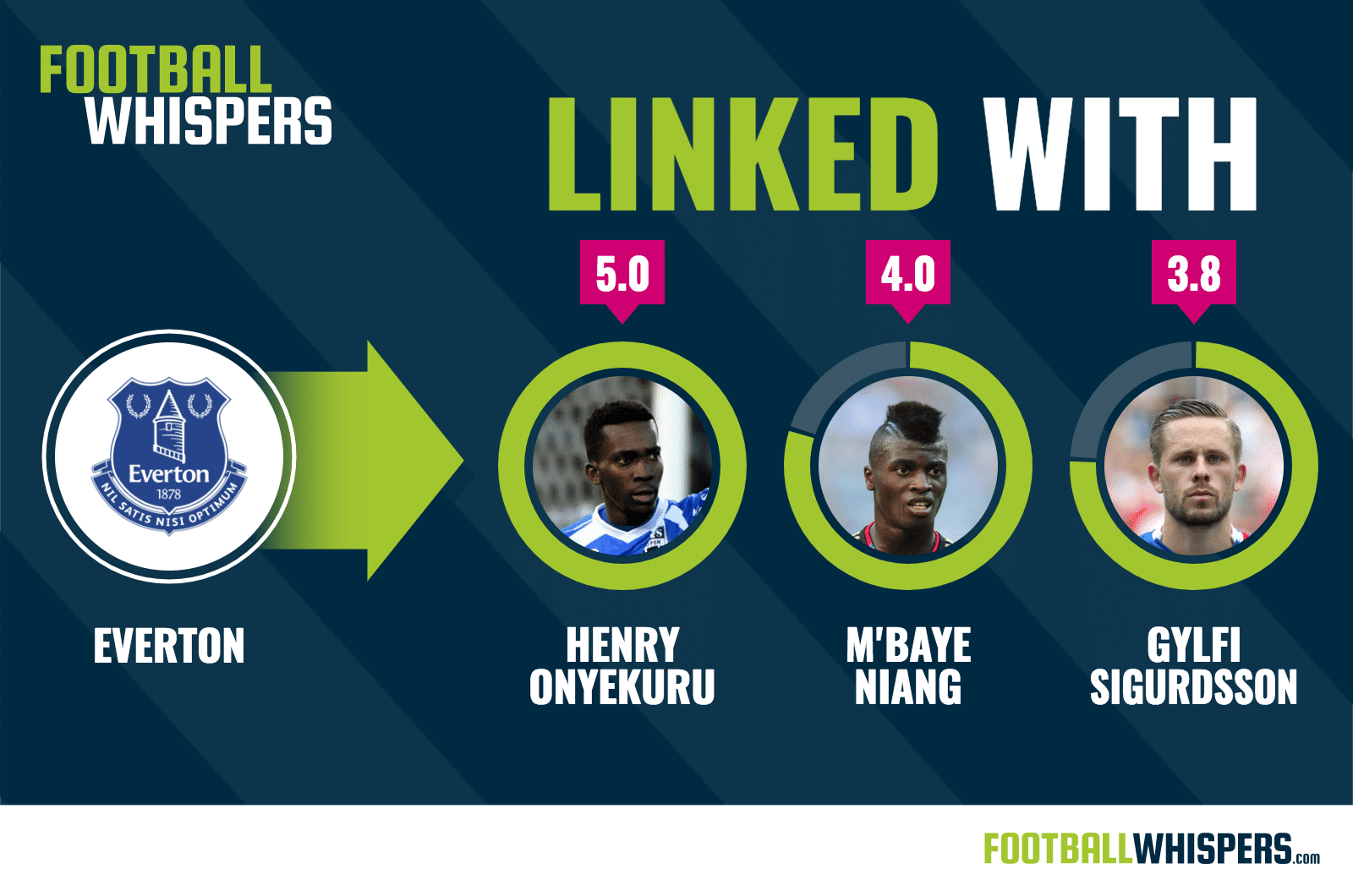 Spending money doesn’t necessarily guarantee success, but it does raise the stature of a club. For so long, that has been a big part of the problem for Everton. In the shadow of city rivals Liverpool, any of their accomplishments have been diminished. It has been the unfortunate way of the world for the Toffees that whenever they enjoy a good season, Liverpool tend to enjoy an even better one.

Moshiri changes that dynamic. Everton are still some way short of challenging Liverpool on a completely equal footing but this summer shows that the gap between the two clubs, at least in the transfer market, is starting to close. It might not be long before the gap in the Premier League table starts to close as well.

Everton’s identity crisis spanned a generation, better than the rest but not good enough to challenge the very best. Now, they are a club much more comfortable in their own skin. Rather than worrying about themselves, others are now considering what threat they might pose. No planes are scheduled to fly over Goodison Park any time soon.