Everton have been one of the more active Premier League teams in the summer transfer window so far, and there’s a possibility that their starting lineup at the start of next season could look considerably different to that which finished the last, especially in a few key areas.

Manchester United, which will see former Everton star and club youth product Wayne Rooney return to Goodison Park as part of the deal.

Lukaku has extended his holiday in Los Angeles rather than linking up with his current club for the start of pre-season training, and United happen to by flying out to California next week for the start of a three week tour.

Another of Everton’s key players last season, Ross Barkley, could also be on his way out with Tottenham showing interest in the player. Barkley took a while to settle into his game last season, but when he did he was regularly one of the better players in Blue.

Despite the importance of the pair, it could well be the case that their departure allows the squad to become stronger across the board as money will be spent throughout the team at the expense of only two players.

This could be vital as Everton plan their challenge to turn what is currently a Premier League big six into a big seven, and also embark on a European adventure.

With Lukaku all but gone it looks like there will at least be a new name in the centre forward position come the first game of the season at home to Stoke City, but there could be a host of others too.

Another newcomer could be present at the opposite end of the pitch, and with Jordan Pickford arriving at the club for the considerable sum of £25million, rising to £30million with add-ons, he’s unlikely to be spending too much time on the bench and should be thrown straight into the action as the club’s No 1.

Straight away the spine of the side has changed at its two extremes, and in between these two players there’s likely to be plenty of options for manager Ronald Koeman.

Phil Jagielka turns 35 at the start of this season, so 24-year-old centre back Michael Keane, another £30million signing this summer, could come into the centre of defence to partner Ashley Williams while the club captain sits in reserve with Ramiro Funes Mori.

Leighton Baines is likely to keep his place at left back but on the right of the defence, with Seamus Coleman still sidelined, Mason Holgate could be challenged by another impressive youngster, Jonjoe Kenny, who shone in England’s U-20 World Cup triumph this summer.

Ahead of the back four Morgan Schneiderlin and Idrissa Gueye will be difficult to dislodge, but in some games Koeman could decide that he only needs one of these ball winners, albeit of different types, in his side. 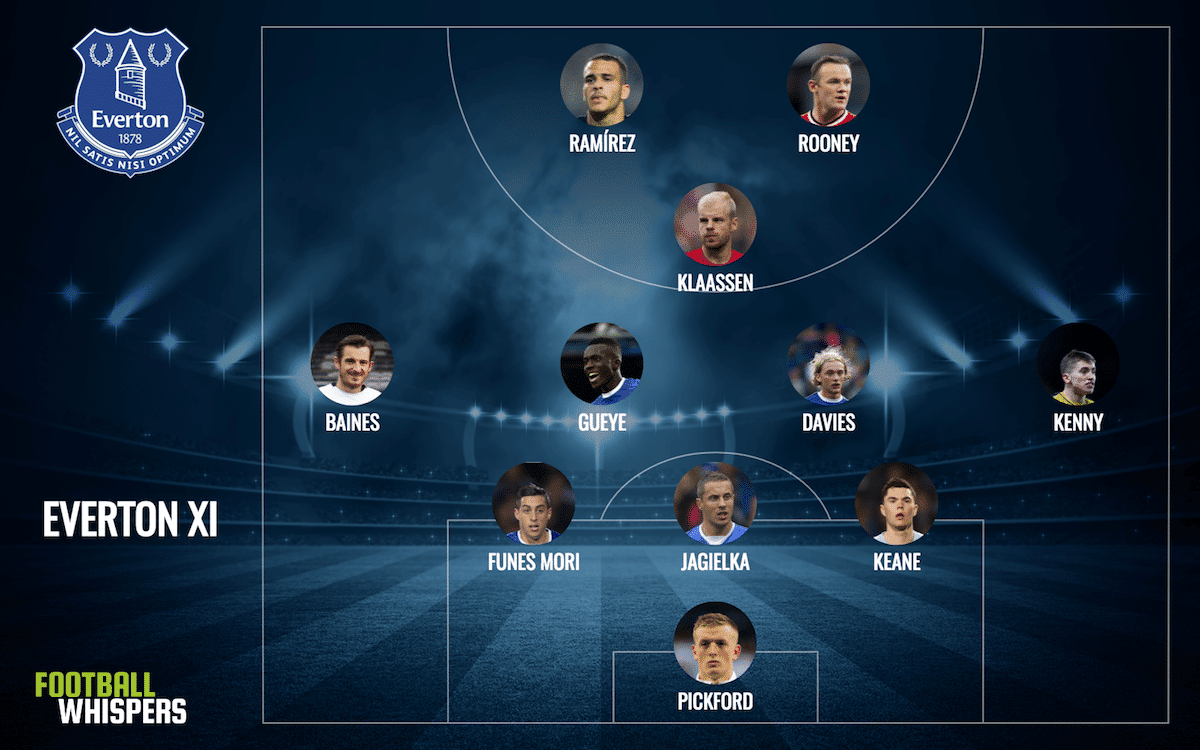 Having different roles in the same positions could be important next season as Everton look to balance their squad both domestically and in the Europa League, but while they may not have a strongest eleven in mind at the moment, the opening day's lineup could be an indication as to who the favourites are.

It also depends on the formation. The Dutch manager dabbled with a back three at times last season, and he definitely has the personnel to implement such a system again this time around.

However, three central midfielders are usually required regardless of the system, and it would be difficult to leave Tom Davies out of the team following his impressive showing in the last campaign.

But as well as being a possible replacement for Barkley, Davy Klaassen’s arrival could mean less game time for Davies. The Liverpool-born 19-year-old could still play some part, however, due to his ability to play in both central and more attacking midfield positions. He could even partner Klaassen in the absence of one of Gueye or Schneiderlin. 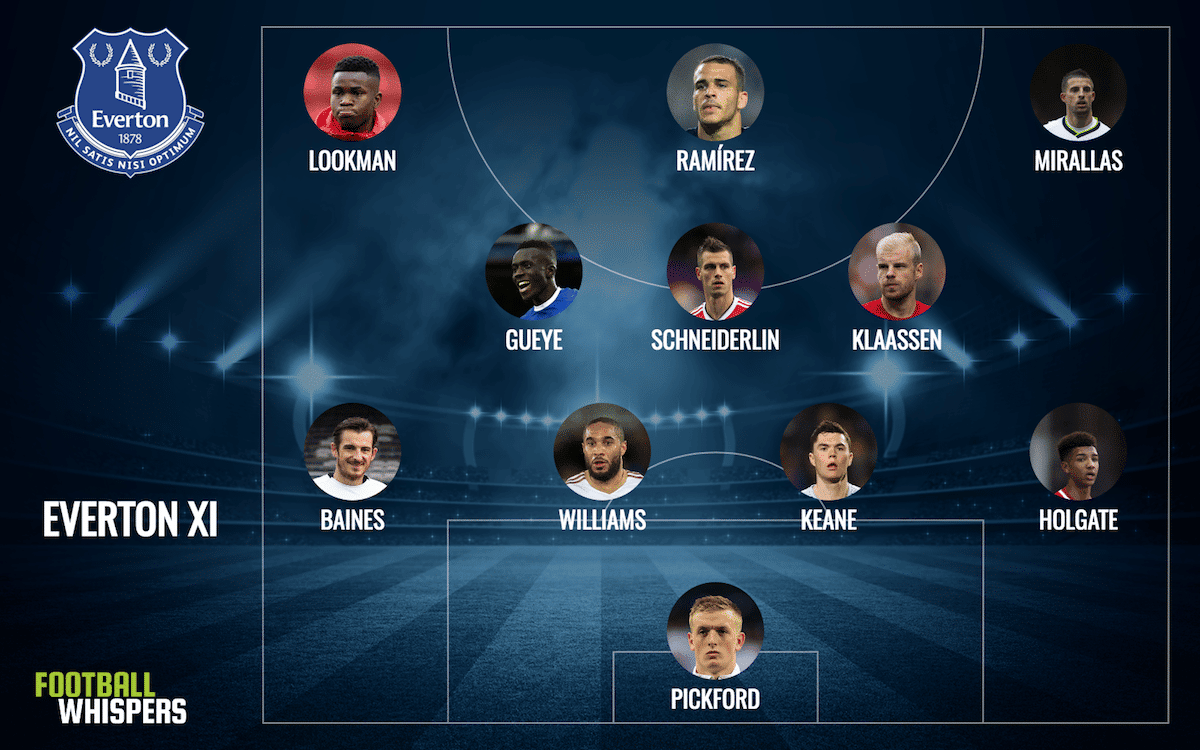 Rather than operate with two out-and-out wingers, Koeman will often sit a player like Barkley or Davies in one of the wide roles, where they can drift around the striker and into midfield when needed.

The new-look Everton squad could see the likes of Rooney or Klaassen playing in these positions, but the manager could be persuaded that Dominic Calvert-Lewin and Ademola Lookman deserve game time on the wing.

A front three of Lookman, Sandro, and Mirallas would give an opposition defence considerable problems due to their combination of pace and movement, with someone like recent target Olivier Giroud being the ideal player to mix things up if needed.

On top of all this they still have last summer’s record signing Yannick Bolasie working hard to recover from the serious knee injury he picked up last season, and he’ll be like a new signing when he returns.

It’s evident that Koeman already has plenty of options, and a more physical centre forward would complete a squad which will be able to operate using a whole host of different playing styles and systems.

The idea of a strongest eleven is becoming an outdated concept. As teams begin to adopt more intense styles of play, and the number of fixtures increases when European competition is added into the mix, a full squad of similar quality players is the way forward for a team such as Everton.

The club are beginning to assemble such as squad with the help of unprecedented backing from their owners, and the shrewd player identification of director of football Steve Walsh. The biggest test for Koeman will be which ones to pick.