Everton want to make a statement in the transfer window this summer. The Toffees have been linked with big-money moves for Memphis Depay, David Neres and Yacine Brahimi in recent weeks as they look to bolster their attacking ranks.

Richarlison impressed after his £40million move from Watford last summer and now Marco Silva and sporting director Marcel Brands reportedly want another who can have a similar impact.

Neres shares the same agent as his countryman and has been tipped to leave Ajax this summer. He’s one of the favourites to move to Goodison Park, but do the Toffees need to spend big when they already have potential game-changers on their books?

Winger Henry Onyekuru was tipped as the next big thing after impressing for Eupen. He modelled his game on Arsenal legend Thierry Henry and that was evident when watching him play.

The casual, almost arrogant way in which he opened his body to bend shots goalwards was reminiscent of the French legend. Onyekuru looked set to follow in the footsteps of his idol by joining the Gunners in 2017 but Everton jumped to the front of the queue and secured his services in a deal worth £7million.

He spent the 2017/18 season on loan with Anderlecht before joining Galatasaray for 2018/19, his goal against İstanbul Başakşehir on the penultimate weekend of the season secured the title. It was the most important of the 14 goals he netted during his time in Turkey.

Granted, the Turkish Super Lig isn’t the Premier League. But it is highly competitive and his performances for Galatasaray showed he can cut it at the top. Neres is a bigger name at the minute but that doesn’t mean Onyekuru couldn’t be the better player for Everton. 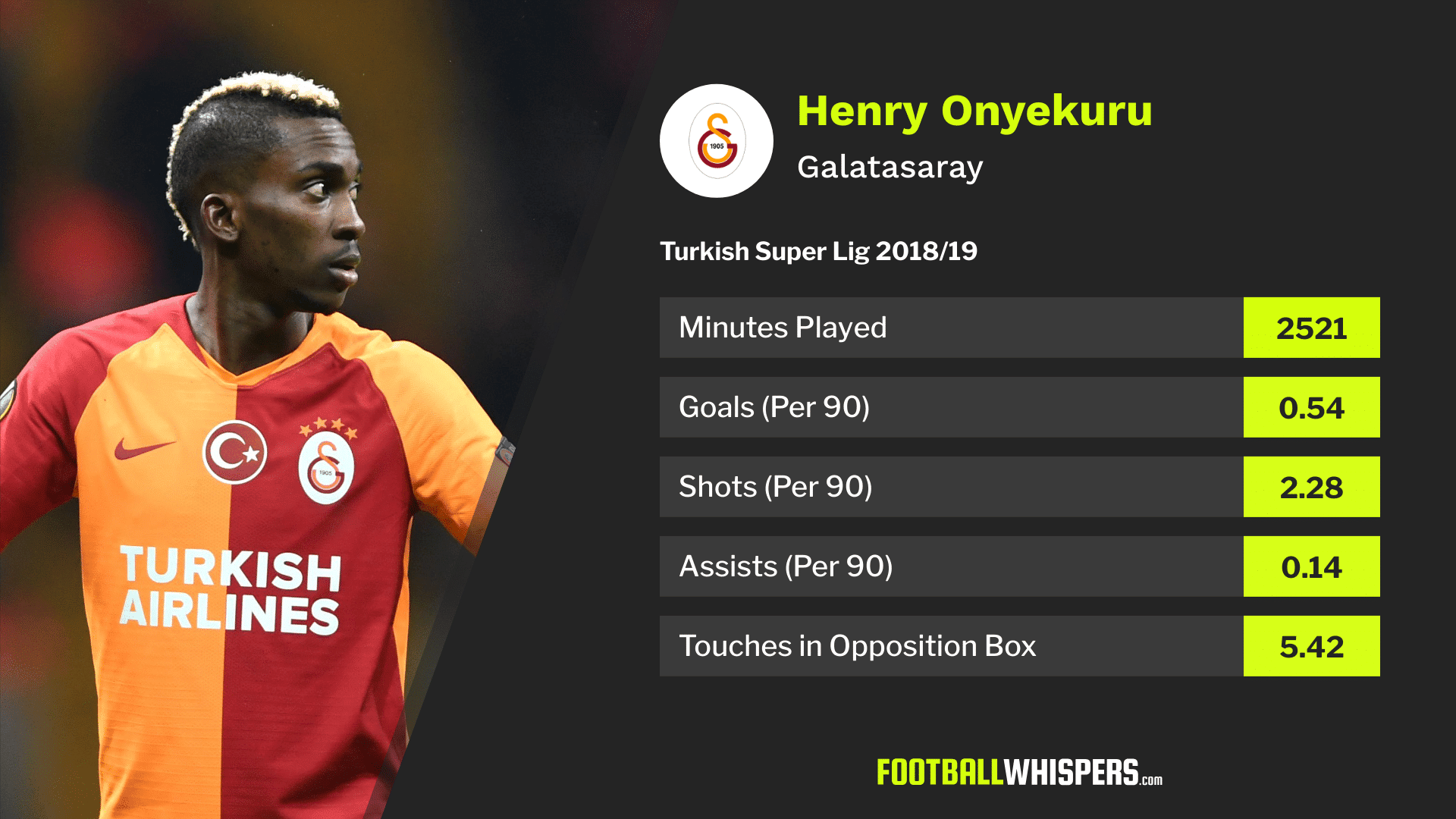 Neres looks like a future star and he ticks a number of boxes for Silva. But the same boxes are ticked by Onkeyuru and at a fraction of the price.

He can play anywhere across the forward line. He's a goal threat as well as a creator for others. He has a high number of touches in the penalty area and his directness causes all kinds of problems for the opposition, leading to him completing 50 per cent of the 3.2 dribbles he attempts per 90 minutes.

On paper, Onyekuru could fill the space Everton are looking at Neres to occupy. Doing so would free up finances to concentrate on improving the squad elsewhere.

But the former Eupen man isn't the only player the Toffees should keep. Nikola Vlašić is reportedly close to agreeing on a deal to make his loan move to CSKA Moscow permanent.

The 21-year-old impressed in the Russian capital last season, scoring the winner during the historic victory over Real Madrid in the Champions League. He thrived as the creative hub for Viktor Goncharenko's side.

Vlašić struck three times in Europe's premier club competition and added a further two assists in just 540 minutes of action. He was involved in ten goals in the Russian top flight, split equally between assists and strikes of his own.

Gylfi Sigurðsson is the creator in chief for Everton but he turns 30 this year. He's got a couple of years in the tank still but a successor needs to be in place for when his performances start to tail off.

Vlašić could be heir to the No.10 jersey at Goodison Park. It's difficult to compare their stats directly as they play for different teams in different leagues, but the Croatian international's numbers suggest there's a player there.

He's more involved than Sigurðsson and his statistics highlight how comfortable he is with the ball. He's a creative force, averaging 2.26 key passes per 90 – substantially more than the Everton man – while having over five touches in the penalty area. Vlašić is a goal threat, and a sustainable one at that.

Not only is he handy going forward, he's also got the work-rate to fit Silva's style. Last season he averaged more than five possession regains per 90, with 4.52 of those coming in the middle or the defensive thirds. That more than Sigurðsson's average (3.82).

Vlašić is far from the finished article but he's a handy player to have around and there's room for the 21-year-old to improve under a manager like Silva. Everton have an abundance of talent at their disposal already, and there's little need to go spending big this summer.

As cliché as it sounds, both loanees could be like new signings if integrated properly. The Toffees find themselves in a luxurious position, they should take full advantage of it.