Paris Saint-Germain are reportedly closing in on the signing of Everton midfielder Idrissa Gueye, fending off rival interest from Premier League clubs.

The 29-year-old former Aston Villa destroyer has started 19 of the Toffees' 24 top flight games the season and the Merseyside club are reluctant to part ways with the player, although reports in France suggest PSG are close to getting their man.

On initial inspection, Gueye perhaps seems a surprise target for the Ligue 1 champions, but a deep dive into his impressive stats highlights exactly why he is so in-demand this month.

Stationed at the base of midfield, Gueye's remit is predominantly one of breaking up opposition attacks and protecting the Everton backline.

His work may not always be the most eye-catching but he is tremendously effective, making more tackles (83) than any player in the Premier League this season, with his average of 4.40 per 90 minutes the best among the division's midfielders. 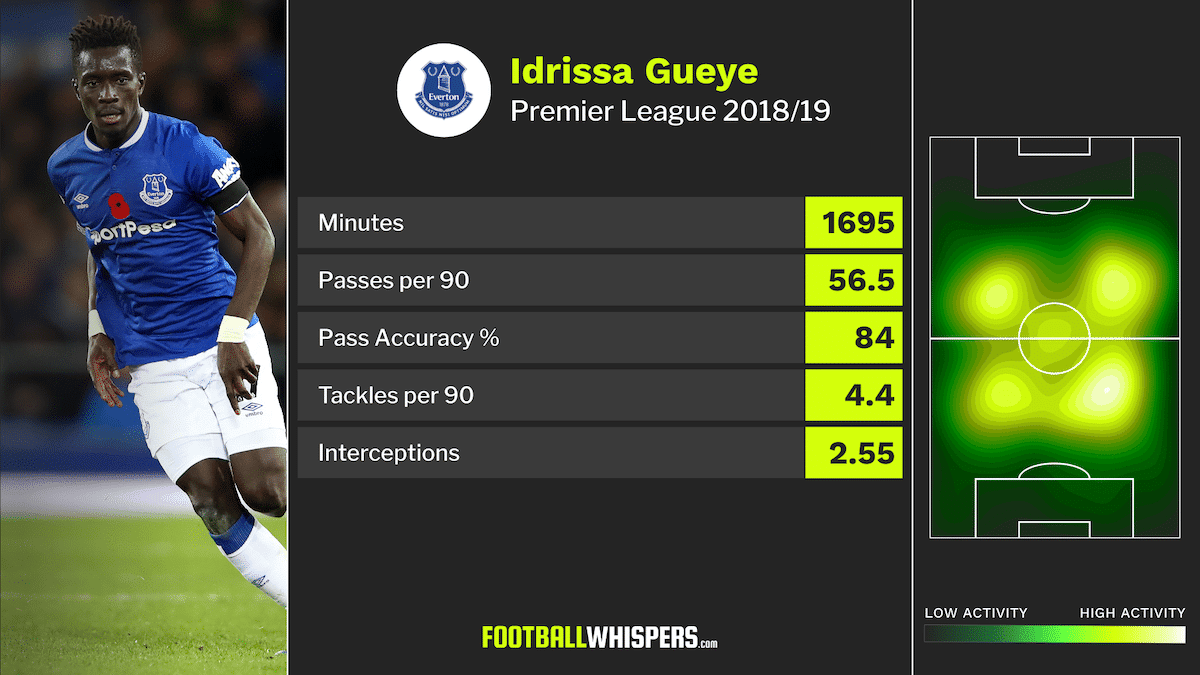 And Gueye employs more than mere combativeness to recover possession for Everton, with his average of 2.55 interceptions per 90 – the fifth best in the league – evidencing an acute ability to read the game.

For all his defensive work, Gueye is comfortable and reliable in possession, too, making 56.5 passes per 90 at an accuracy of 84 per cent.

What's more, he makes 17.85 forward passes per 90, which is a higher average than 80 per cent of Premier League midfielders this season, showcasing an ambitiousness with the ball which will endear him to the Parc des Princes faithful if his desired move to France goes through.

Signed from relegated Aston Villa for just £7.1million in 2016, Everton stand to make a healthy profit on Gueye. But his performances this season have shown why they have been so desperate to keep hold of him, so much so that the latest reports from France claim Marco Silva has threatened to resign if the 29-year-old departs.