Last season was a case of what could have been for Bordeaux.

Finishing the league campaign with four straight draws – two of which were against teams in the bottom half – saw them finish on 59 points, just five off Lyon in fourth.

Jocelyn Gourvennec will rue those eight lost points, but this new campaign is already looking brighter and he has his two dynamic midfielders to thank for that.

Brazilian Malcom has quickly become the star of the side. Rumoured to be a Liverpool transfer target in the summer, the 20-year-old is as bright a talent as anyone in Ligue 1.

His partner in crime this term, Francois Kamano, is worth just as much praise, but due to the spotlight firmly placed on Malcom, the former Bastia youngster has gone quietly under the radar.

The dastardly duo have combined for four goals and seven assists already for Les Girondins. Meaning they have had a hand in every goal their team has scored this season.

The latest came against Toulouse, Kamano squaring the ball for Malcom to blast in the only goal of the game in a 1-0 victory.

Who is Francois Kamano? 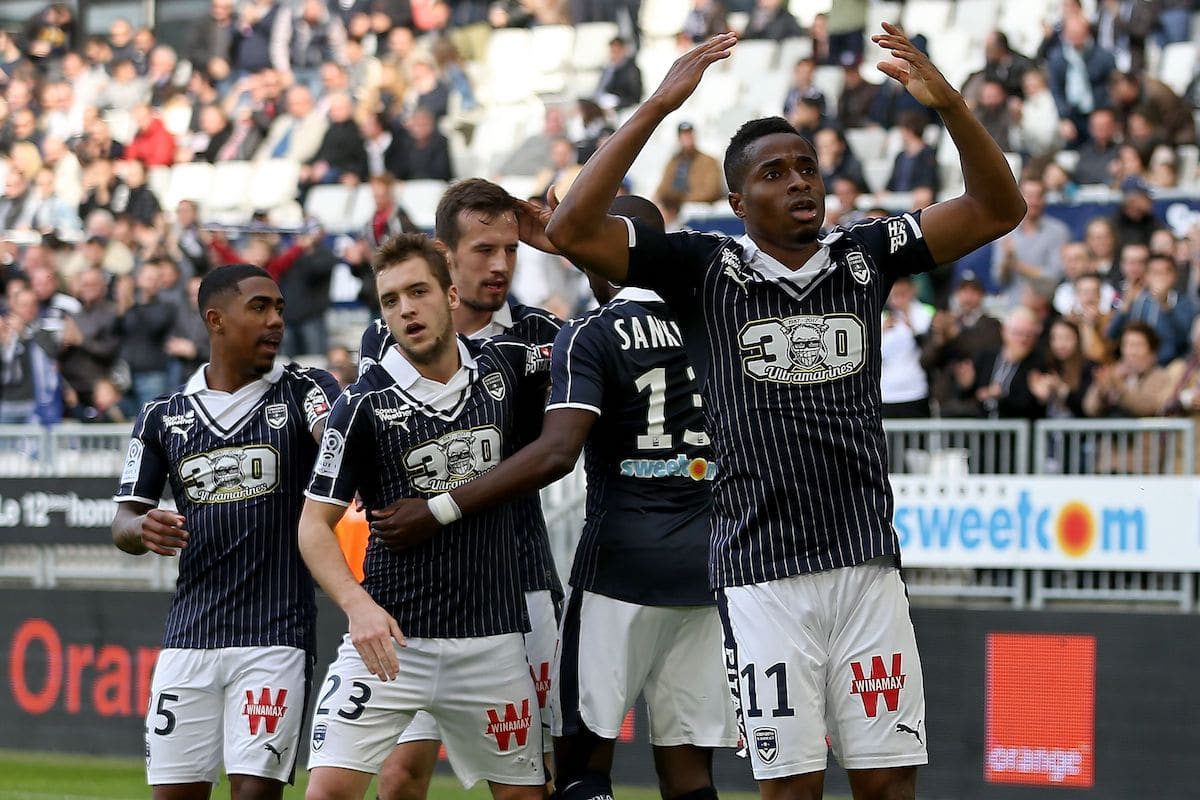 The Guinean midfielder took his time to find a path into professional football, but after trials with AIK Solna in Sweden and Spanish side Villarreal he ended up training with Rennes for the first part of 2014.

No deal materialised, eventually signing for Corsican side Bastia in July 2014. Since that day, he has burst through the ranks and never looked back.

On the opening day of the season, he was handed his Ligue 1 debut off the bench as the Islanders drew 3-3 with Marseille. His second game came the following week at the Parc des Princes. Beaten 2-0 by Paris Saint-Germain, he had truly endured a baptism of fire under then coach Claude Makélélé.

He obviously impressed the former Chelsea star, and would start the next ten fixtures.

Erratic is probably the best way to describe his time with Bastia. In two seasons he had played 47 league games, scored seven times, added three assists and was handed three red cards.

What he had shown was all the attributes you’d look for in a young winger, plus that little drop of the X-factor that forces you to sit up and take notice.

He’s all-action, he’s raw, unpredictable, but lightning quick. Kamano’s pace turns defence quickly into attack, and as Bastia faced a lot of teams ultimately better than them, his physical traits on the counter-attack were put on show.

For Bastia, he mostly played on the right wing, breaking down the flank and looking to get balls into the box. However, it’s been under Gourvennec at Bordeaux where he’s made the next step in his development.

For just over £2million Kamano made the switch to the Stade Matmut Atlantique in the summer of 2016.

It took him some time to settle to his new position on the left of the attack, but in 30 appearances – starting 17 – he continued to improve, scoring six times and adding four assists. More importantly there were no red cards.

He would start 12 of the last 15 league games, showing his new boss that he was made for this level and ready to contribute more.

“He's still young, but this is his third season in Ligue 1,” Gourvennec told the Ligue 1 show on beIN SPORTS. “We saw glimpses of his ability when he was at SC Bastia. He's showing more consistency now, and he's proving he can really hurt defences.”

His quickness and ability to run at defenders drew comparisons with Thierry Henry, but Gourvennec wasn’t convinced.

“Thierry Henry had a different style,” he said. “Francois is more of a powerful player, but he manages to go past players like Henry used to. I think it's still a little premature to compare him to such a great player, but he has a big future and what he is doing at the moment is very good. He needs to keep progressing.”

What makes Kamano stand out

Although he has fantastic speed, what makes him so impressive is his ability to run with the ball at such close quarters and keep it under control.

Kamano not only plays with his head up but, even when sprinting through defences, he has the peripheral vision to spot team-mates in better positions.

Playing against Lyon last season, you can see in the graphic below, Kamano has pushed the ball up to the edge of the box. 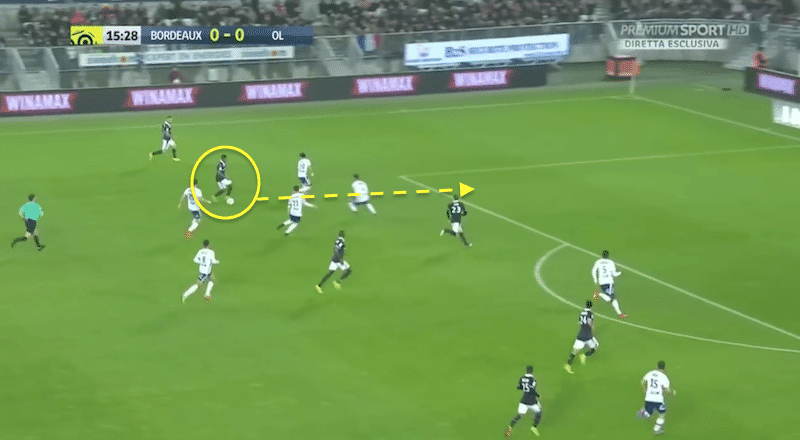 The OL defenders are closing in around the danger, but the midfielder sees the run from Valentin Vada and can slip a perfect pass in between the away side and his team-mate applies the finish.

There is still a lot for him to learn, but he has the intelligence to be a huge threat in and around the box.

He will sometimes frustrate and you will tear your hair out at some of the decisions he makes – especially when it comes to shooting from the edge of the box.

However, he has the ability to pull off the incredible: be it a cheeky back heel shot, or a curling effort that smacks off the crossbar, to purely smashing the ball into a group of defenders – it can be a lottery.

That unpredictability makes him exciting, sometimes frustrating, but ultimately exciting.

His new position on the left of the midfield, in 4-4-2 or 4-3-3, adds a new danger for defences. He loves nothing more than coming inside to play a quick one-two or unleash a powerful shot, but because he is so fast, you need to respect any run down the outside too.

When he does get in front of you, as many of the league's right-backs will find out, you will struggle to get back into position due to his impressive upper-body strength, regardless of how hard you try.

He’s not all running and power, though; there’s a football brain there too. Sometimes he does switch it off and go on his own – he’s young, that’s to be expected. But, as he showed against Hungarian side Videoton in the Europa League, he’s smart too.

In possession out wide, there are too many defenders to take on himself, but Malcom has drifted inside off the right-flank.

Once the Brazilian has the ball, Kamano holds off on making the next run.

He waits until the defence have no choice but to rush out and close the 20-year-old down on the edge of the box.

He times and bends his run to perfection. Malcom slips the ball in and then Kamano squares it back to his team-mate on the penalty spot who is open for the tap-in.

Beautiful, decisive football, all made possible because the 21-year-old watched the play unfold, rather than just steaming straight in.

“I'm trying to raise my level, and I'm working on improving different aspects of my play,” explained Kamano to Ligue1.com. “I know I have to keep my game simple, play to my strengths – use my power and speed – and vary the way I attack.”

Bordeaux have won three out of their opening six league games, and remain unbeaten. Gourvennec’s side look refreshed, dangerous and fun to watch.

Part of that reason is the wizardry of Malcom, but the other half is the powerful, smart, dangerous runs of Kamano, and it’s only a matter of time before scouts at top clubs around Europe take notice too.