Manchester City may be the runaway leaders in England but title races all across Europe are shaping up to be closer than ever, and this weekend’s action saw more twists in the tale for some of the continent’s biggest sides.

Valencia, still unbeaten in La Liga, maintained their four-point lead over Real Madrid and are currently the team closest to Barcelona at the summit of the table under the guidance of former Villarreal manager Marcelino.

The top four in Ligue 1 put on a finishing clinic to showcase why the French league isn’t just a one-horse race as so many claim.

Napoli failed to record all three points, only managing to draw their match on Sunday, as champions Juventus cut their lead at the top to just one point. Bayern Munich won der klassiker to stretch their lead over Borussia Dortmund to six points.

We’ve rounded up all the weekend’s happenings from around Europe, highlighting the interesting stories that have caught our eye.

It was a goal bonanza in France this weekend with league leaders Paris Saint-Germain hitting five goals past Angers. Lyon and Marseille repeated the feat in wins over Saint-Etienne and Caen while second-placed Monaco put Guingamp to the sword in a 6-0 rout.

Lyon have now won four games on the bounce and are just three points behind Monaco. Bruno Génésio’s men have scored 15 goals in those four matches, conceding just the two and are really getting into the swing of things.

They may have lost Maxime Gonalons and Alexandre Lacazette in the summer but they’ve recruited well. Mariano arrived to replace the latter and has nine goals in 12 starts, netting a goal in the Derby Rhônealpin to further get fans on his side. However, the real star of the show in Lyon is Nabil Fekir.

The 24-year-old has 11 goals in 11 games in the league after the two strikes against neighbours Saint-Etienne, and looks to have fully recovered from a knee injury. He’s replaced Lacazette as the talisman and if he maintains his form throughout then Jean-Michel Aulas will have a task on his hands to keep him at Lyon next summer.

PSG ran riot without Neymar, with Kylian Mbappé and Edinson Cavani helping themselves to a double. Unai Emery's men now have 39 goals in just 12 matches and look almost unstoppable.

Mbappé is justifying the summer hype and already has eight goals to his name since his move to Parc des Princes. And Cavani is enjoying himself spearheading such a star-studded XI: the Uruguayan already has 13 strikes in Ligue 1 this term and looks on course to match last season's haul of 35.

Monaco right-back Almamy Touré finished with a hat-trick of assists as Leonardo Jardim's men put Champions League disappointment behind them to keep the pressure on PSG. Guido Carrillo and Adama Traore both netted a brace to go with goals from Fabinho and Keita Balde Diao.

Elsewhere, Lille recorded their first win since the opening game of the season. Marcelo Bielsa's men romped to a 3-0 win over bottom-placed Metz to open up a six-point gap over the hosts at the foot of the table.

Valencia remain unbeaten in La Liga, one of only three sides along with Barcelona and Atletico Madrid. One-time Bolton Wanderers loanee Rodrigo bagged the second in a 3-0 win to make it seven wins on the spin. They're just the four points behind Barcelona who needed two goals from former Valencia striker Paco Alacer to overcome Sevilla in a tight contest.

Real Madrid got back to winning ways after back to back defeats. Marco Asensio scored the pick of the goals in a 3-0 win over Las Palmas to add to his collection of wonder strikes.

Former Liverpool striker Iago Aspas was the match winner for Celta Vigo during their win over Athletic Bilbao. The two teams went into the match level on points but two goals from Aspas helped the home side to a 3-1 win.

Málaga remain rooted to the bottom of the table after a 2-0 defeat to fifth-placed Villarreal, who are now just the three points behind Real Madrid.

Borussia Dortmund are stuck in a rut. They're winless in the league since September and have won just two of their last eight matches in all competitions. They threatened to run away with the Bundesliga crown in early September with Bayern Munich struggling but the tables have now turned.

Jupp Heynckes took his Bayern side to the Signal Iduna Park on Saturday evening and recorded a comfortable 3-1 victory. They're now six points above their rivals thanks to goals from Arjen Robben, Robert Lewandowski and David Alaba.

Marc Barta scored a late consolation for Peter Bosz's men but pressure is now mounting on the the former Ajax manager.

RB Leipzig jumped into second place as they make strides to show last season's runners-up finish wasn't a one off. Naby Keïta came off the bench to help his side come from behind to record a 2-1 victory over Hannover with rumoured Real Madrid transfer target Timo Werner netting the winner.

Koln suffered a heavy defeat to Julian Nagelsmann's Hoffenheim to make it 11 matches without a win. Last season's fifth placed team have picked up just the two points this time around and are in a relegation battle.

It's been a forgeattble week for Napoli. Humbled at home in a 4-2 defeat to Manchester City in the Champions League, the Serie A leaders were held to a 0-0 draw on Sunday against Chievo. It's only the second time Maurizio Sarri's men have failed to score all season and it's a result which saw their lead at the top cut to just a single point. 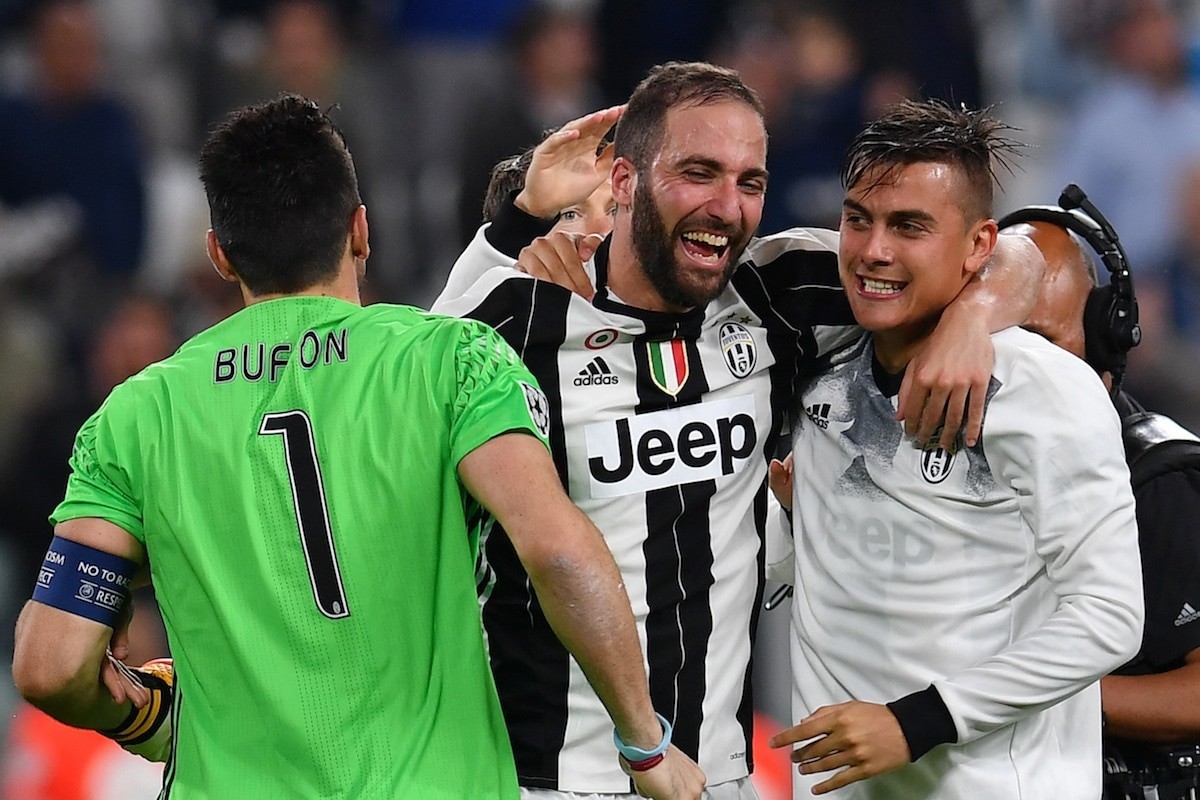 Juventus, far from their best, managed to beat Benevento. Goals from Juan Cuadrado and Gonzalo Higuain helped the champions overcome a half-time deficit to record the win.

Inter Milan continue to keep pressure on the top two, sitting just a point behind Juventus, but a 1-1 draw against Torino at the San Siro will no doubt be viewed as two dropped points.

Roma overcame Fiorentina in the most exciting game of the weekend. Gerson, a potential Mohamed Salah replacement, netted twice in a 4-2 win which now sees them sit in fifth, three points off of Inter with a game in hand.

Not all games were played this weekend with Lazio's match against Udinese being called off due to heavy rain. Simone Inzaghi's men are in fourth, just the four points off the top with a game in hand.