The competition makes no difference, whether it's the World Cup, the Euro's, the African Cup of Nations or the Copa America,  the host nation always has added pressure heaped upon their shoulders prior to the tournament kicking off. It's the manager's job to temper the expectations.

It's no different for France as they head in Euro 2016 as not just one of the favourites, but the favourite, to win the competition.

Make no mistake, home field advantage does play a part in proceedings. Looking back through history you will note that on four occasions the host nation has went on to reach the final, three of which won, the last nation to do so was in fact France in 1984, with Portugal finishing as runners up in 2004. If the players aren't overawed by the occasion and , more importantly, can manage the expectation from fans then everybody will be pulling in the same direction.

The twenty-three man squads gain a twenty-fourth in the form of a united, passionate fan base. 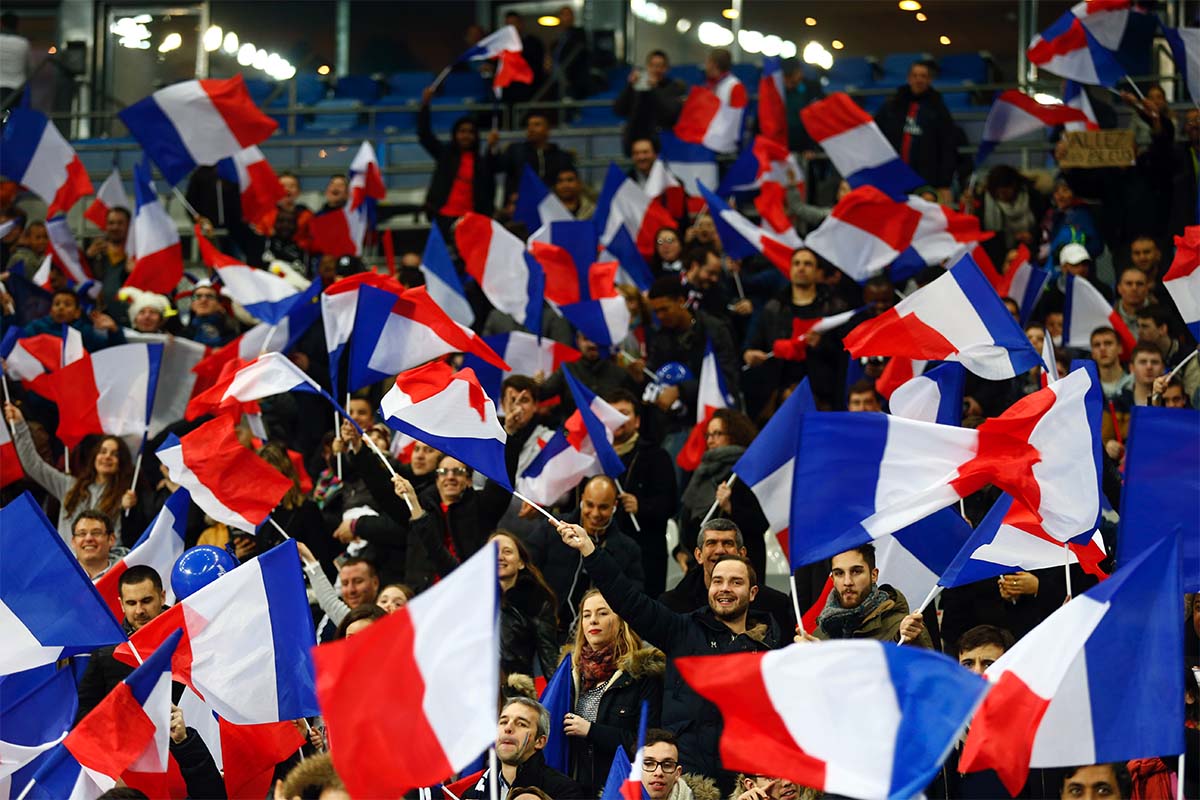 The French aren't the favourites to win the Euros solely based on the fact they're at home. The talent pool they're able to pick from would make many of the International managers turn green with envy. It's a squad on the precipice of being world class, and what's scary is half of the team is nowhere near their peak.

They say football works in cycles and the French are giving that cliche more believability. Their boom towards the end of the 1990's saw them emerge victorious in the 1998 World Cup and then follow up that triumph by winning the Euros in 2000. That squad then had the likes of Thierry Henry, Patrick Viera, Zinedine Zidane and David Trezeguet and many expected them to push on and dominate International football for years to come. Unfortunately for them however that never quite materialised.

Nearly two decades later they now have an abundance of talent capable of matching, and maybe topping, the feats that went before them. The pressure on this current squad is to not only impress now but carry on for the next decade and take advantage of the calibre of player available to you similarly to Spain when they had their explosion of talent. 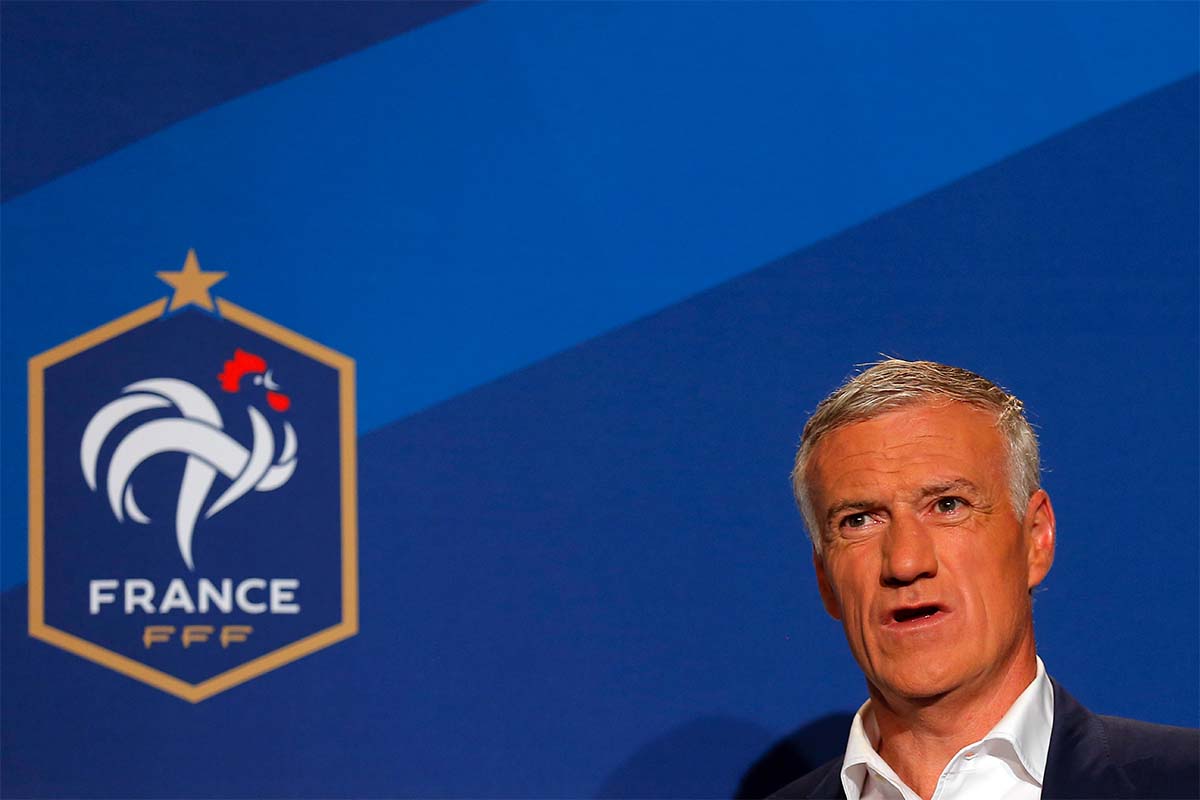 The  French manager, Didier Deschamps, heads into the tournament in an unprecedented position. He may be the first International manager in history to be able to leave out five attackers with over 100 goals this season and not fear a backlash from fans and the media.

Why is Deschamps afforded such a luxury to able to leave this amount of goals out of his squad?

France are spoilt for choice when it comes to attackers. Deschamps has a style of play in mind and unlike many International managers he's picking a squad that suits this as opposed to naming a squad based on reputations. In friendlies leading up to the tournament the French manager used three attackers; one of which was a traditional forward and the other two were wide forwards. The six attackers in Dechamps' 23 man squad are as follows – 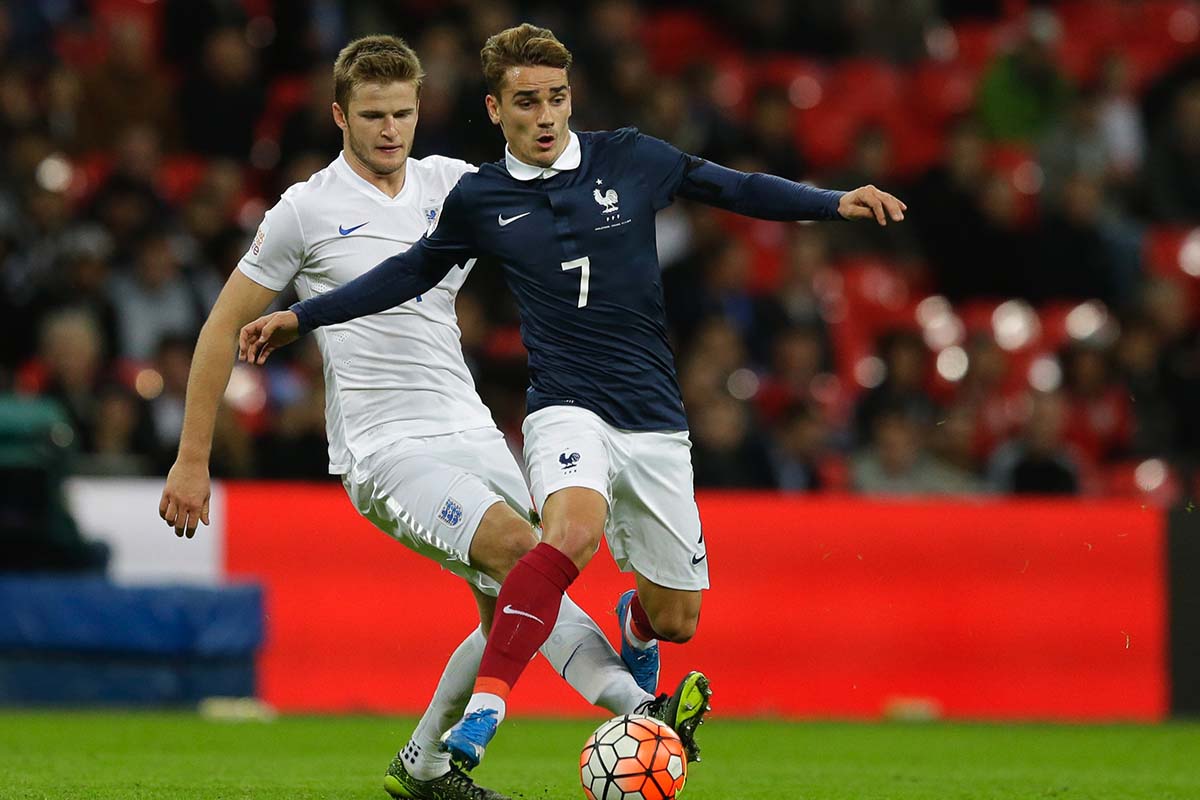 Andre Pierre Gignac. The ex-Marseille striker is currently plying his trade in Mexico with Tigres and is having the productive season of his career with 31 goals.

Olivier Giroud. The Arsenal striker is coming off the back of yet another 20 goal season for the Gunners. If Deschamp plays as expected it will be one of Gignac or Giroud leading the line for the French.

Anthony Martial. The youngster has quietly gone about his business since his big money to Manchester United last summer. The forward has 15 goals this season despite spending a lot of his time in a wide position. His versatility, the fact he can play any attacking role in the Deschamps system, is probably one of the main reasons he's made the squad.

Antoine Griezmann. The Atletico attacker is arguably in the top 20 players in the world at the moment. His electric pace and his clinical finishing has saw him amass over 30 goals this season which takes his tally for the previous two seasons to nearly 60.

Kingsley Coman. The Bayern Munich winger is probably only ahead of Ousmane Dembele due to the fact he's been consistent for the entire season whereas Dembele only started from December onwards for Rennes.

Dimitri Payet. The West Ham star has really lit up the Premier League since his move from Marseille and has 12 goals this season. He's different to the other attackers named in the squad and could be considered a bit of a wild card. His form merited a call-up. 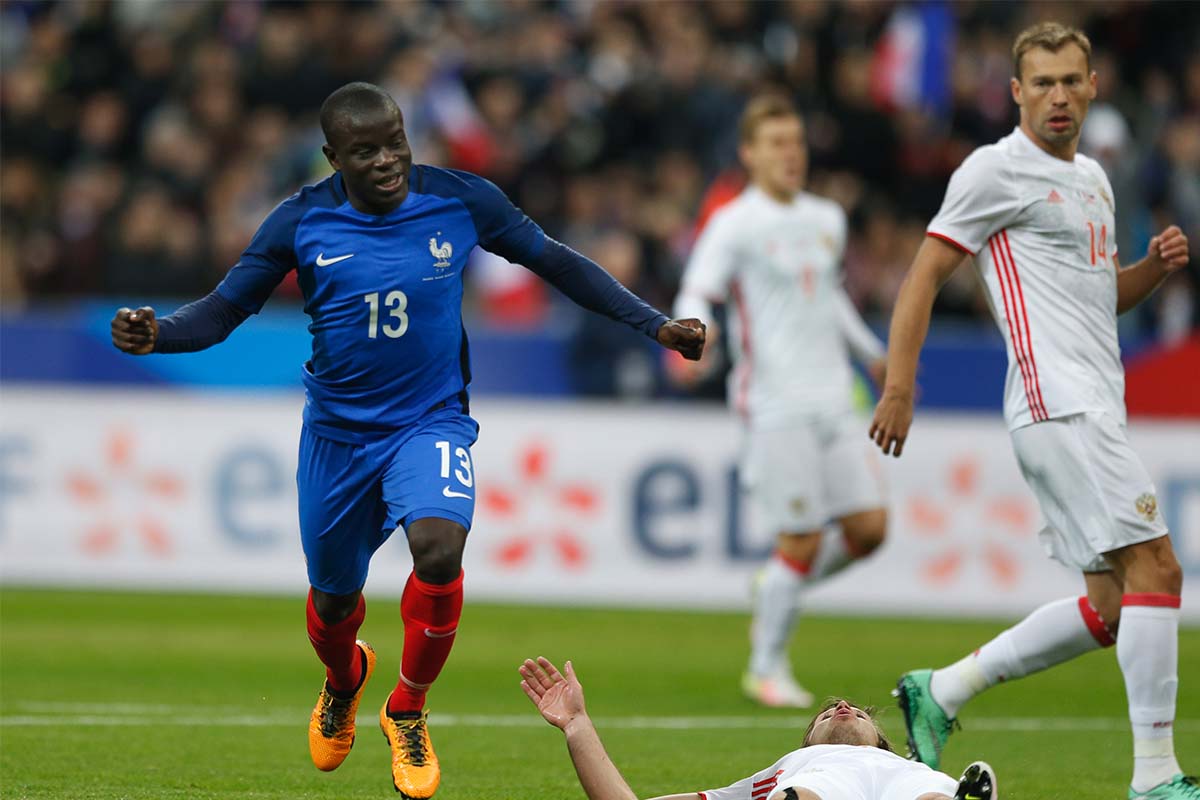 Deschamps likes an industrious midfield. Power, pace and energy is a necessity as the manager looks to balance the team.

Lassana Diarra. A resurgent season for the 31 year old has saw him impress for struggling Marseille. His experience, and his versatility, is a welcomed addition to the French midfield.

Paul Pogba. The ace in the pack. He's the icon of French football at the moment and at the tender age of 23 there's still a lot to come from him. A chameleon of a player capable of bedding into any type of midfield with relative ease.

Blaise Matuidi. As important to the Paris Saint-Germain midfield as Marco Verratti but the French box-to-box midfielder doesn't get half of the praise as his Italian teammate.

Yohann Cabaye. If France needed something a little different in midfield then the Palace man could be the guy. Adequate when tasked with defensive duties, his real strength is his passing as he's able to unlock teams from deep. If the game is stretched and a little more composure on the ball is needed he'd be the go-to substitute.

Moussa Sissoko. A favourite of Dechamps'. The Newcastle midfielder hasn't been in the best of form but having done a job for the national side in the past it seems like the manager feels like he can trust him. His versatility helps too. 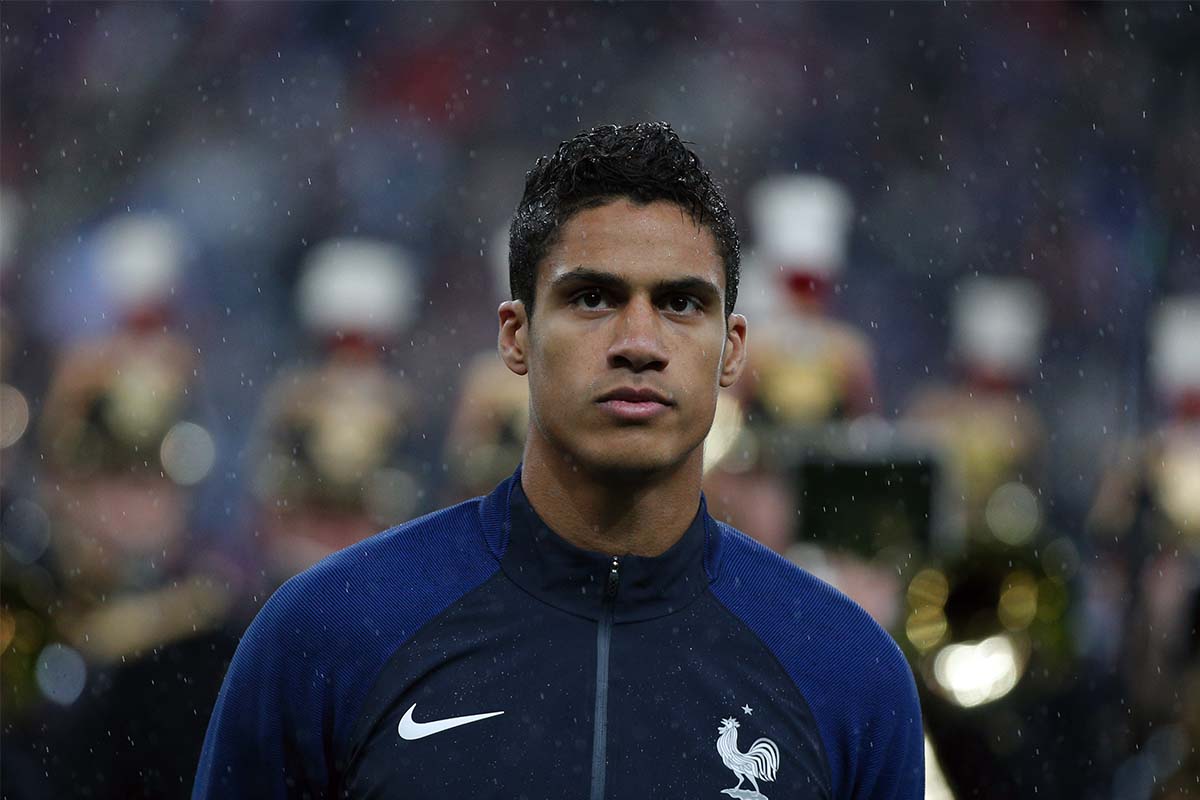 Even without the banned Mamadou Sakho and injured Aymeric Laporte France are still able to name a strong defensive unit.

Jeremy Mathieu. The Barcelona  defender  was a surprise inclusion in the squad for many. Perhaps the absences of the two aforementioned players aided his inclusion. His versatility, being able to play both centre-back and left-back, makes him a handy player to have around.

Laurent Koscielny. The Arsenal centre-back looks likely to deputise at left centre-back with Sakho out suspended.

Raphael Varane. The Real Madrid centre-back is a shoe-in for the right centre-back role. His pace, reading of the game and use of the ball makes him one of the most promising defenders in world football.

Bacary Sagna. The Manchester City full-back has had an extended run of games for the club this season with Pablo Zabaleta being out injured and has received a lot of praise for his performances. The starting right-back for France this summer.

Patrice Evra. The Juventus man is back in the French squad after an upturn of form in Italy. His experience probably gets him the nod as a starter this summer.

Christophe Jallet. The Lyon full-back has been in good form in the latter half of the season keeping ex-United player Rafael out of the squad. He rightly gets the nod ahead of Deschamps favourite Mathieu Debuchy.

Lucas Digne. The Roma full-back looks set to get the nod ahead of Layvin Kurzawa due to his defensive ability.

Elaquaim Mangala. The inconsistent Manchester City centre-back gets into the squad due to the injuries to others as opposed to his actual form this season. If he gets the opportunity he needs to grasp it with both hands. 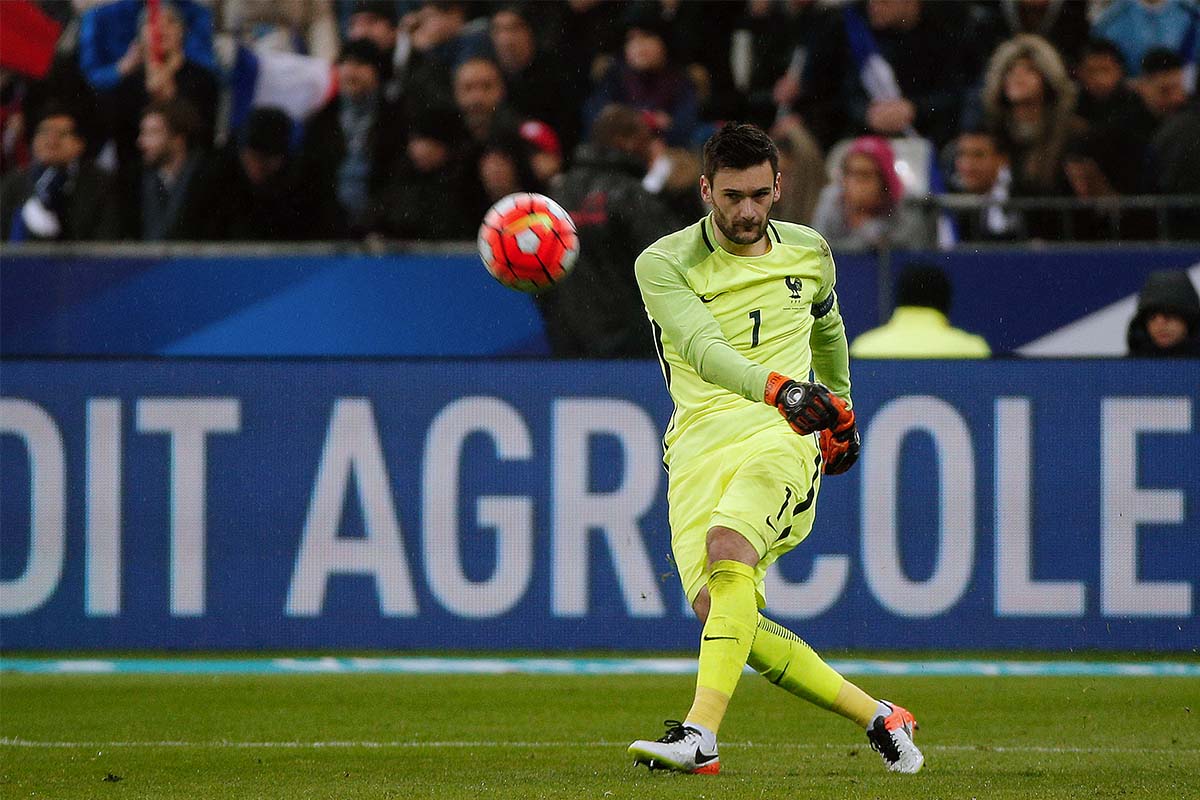 Like everywhere else in their squad France have an abundance of talent in the goalkeeping department.

Hugo Lloris. The Captain of the national team and a guaranteed starter barring injury.

Steve Mandanda. The experienced Marseille ‘keeper tends to be the back-up to Lloris and after yet another personally good season it looks like nothing will change.

Benoit Costil. The 28 year old Rennes ‘keeper as had a solid season as his club side surprised. Uncapped at international level  his inclusion is a bit of a surprise.

Noticeable absentees include Samuel Umtiti, who deserved a call-up after a good season with Lyon, and goalkeeper Alphonse Areola who has been in inspired form for Villarreal. Both are seen as the future for France and both should have been given the experience this time around.

The egos of yesteryear have gone. This is a team with a clear identity. It's a squad with a good mix of players; exciting youngsters, borderline world class players and ones with experience of big tournaments. Not many International sides can lay claim to having a game changer in every area of their side. This side does. Lloris, Varane, Pogba and Griezmann. All world class in their own right.

The group which France are in, alongside Romania, Switzerland and Albania, isn't the most difficult to navigate beyond. Then it's onto the knockout stages. This squad is capable of matching any side in a one off match. They've rightly been named as favourites for the tournament, hopefully the added pressure doesn't stop them from putting on a show.

Many may admire Deschamps heading into the tournament with a clear vision. He's not bending his whim to meet public demand. However, you can't help but feel it's all a facade, and if France fail to deliver  the critics will be out in force and with plenty of ammunition. 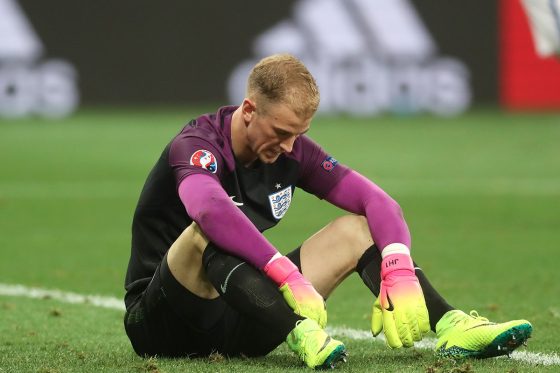 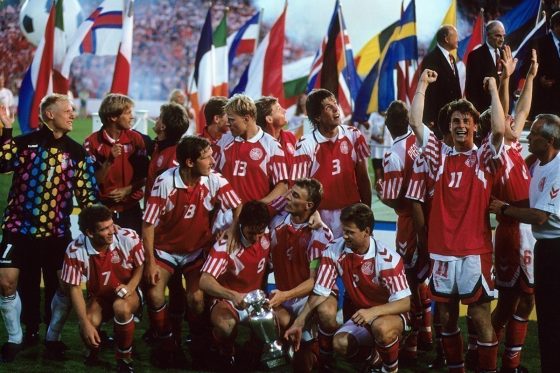 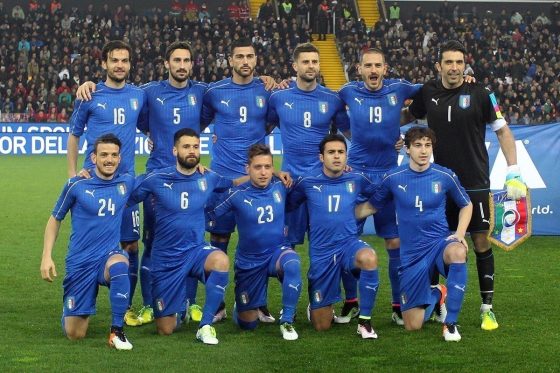 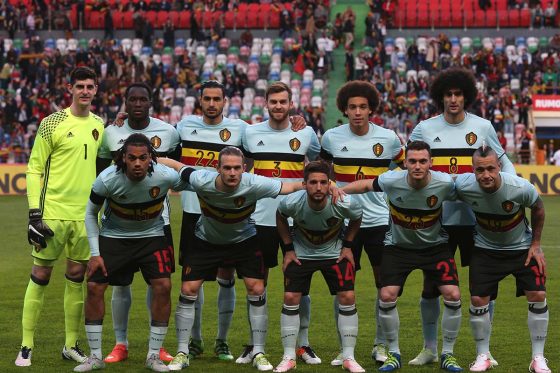