After securing the first position in the group, South Africa makes the trip to Bahir Dar Stadium to face Ethiopia for their next World Cup qualifying fixture this coming Saturday. The hosts will hope for a positive result to bounce back in contention from their group.

Here are our predictions for Ethiopia vs South Africa.

Ethiopia has lost two of their last five matches while one being a draw. On the other hand, South Africa are without a loss from the last nine matches. The visitors have won three games in their recent five duels and managed to draw the remaining two matches. The Walias enter the fixture with the last win of the home game and hope to fancy their chances again, but their upcoming guests don’t seem an easy test for them. Taking their recent forms into account, the match is more likely to end with a draw.

Back to their last H2H meeting in 2013, both teams shared three goals but recently, the teams are seeing very few goals. The Boys Boys have yielded four goals by scoring in just two of the last five games and the majority of their matches ended with the under 2.5 goals total. The host also has the same number in the same period. Hence, based on the given stats, we expect this match to be a low-scoring affair.

Ethiopia and South Africa have faced each other two times and both of them concluded with both teams on the score sheet. The teams have also scored in their respective last matches. The Walias managed to score two goals in the last duel against Ethiopia but the recent form of South Africa’s Defense has been admirable. They didn’t concede a single goal in the last eight matches except in a penalty shoot-out. So we can predict a BTTS outcome again for this duel but with the result of only 1-1.

Ethiopia vs South Africa: Check out the best odds and the latest stats

The team has a pretty good start to the World Cup qualification round. They took a narrow lead against Ghana with the late goal by Bongokohle Hlongwane. They have managed to get on the top of the table of Group G with the help of a win and one draw.

On the other hand, the Walias lost their first of WC qualifiers but the penalty in the stoppage time helped them to register a win in the last match against Zimbabwe. Ethiopia has strengthened their gameplay in the home stadium and are yet to lose a game from the last six matches at home.

Questions About Ethiopia vs South Africa 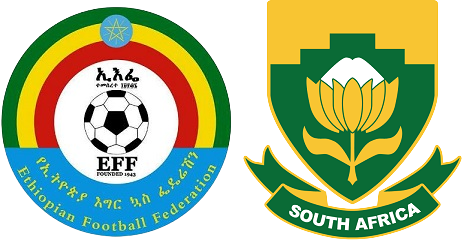