Le Coq Arena once again gets ready to host another round of World Cup 2022 qualifiers with Estonia welcoming Wales for the eighth match in the Group E.

Estonia started the October round of games in positive fashion after a 2-0 win over Belarus in the last match. Wales are still unsure about finishing second in the group stages after a draw with Czech Republic away from home. This is the third draw in the last four games for the Welsh.

Wales have turned into the draws specialists in group E after three draws in the last four games in all competitions. This downturn in results is unlikely to shift much against an Estonian team with home advantage and backing from supporters. The recent meeting between Wales and Estonia back in September turned out to be a draw.

The last two away matches for Wales has seen the team score five goals. This would provide a false sense of belief, as Wales do struggle when it comes to away matches. Estonia have registered two wins in the last four games. It would be difficult to see Estonia throwing in the towel in this game.

Estonia vs Wales: Preview of the World Cup 2022 Qualifiers

Estonia only have an outside chance of reaching the top two in the World Cup qualifying group. However, that may not stop Estonia from coming up with an average performance in this qualifier, which can be their best chance to restart their qualification hopes.

The hopes of reaching the World Cup are starting to slip for the Welsh national team, who have slipped to third position in the group after the latest set of results. However, Wales do have the advantage of playing at home in the last two qualifiers. Any positive result against Estonia, who are the final away opponent in the campaign, will be a huge boost to the qualification hopes.

Top Betting Odds and Stats for Estonia vs Wales

Questions about Estonia vs Wales 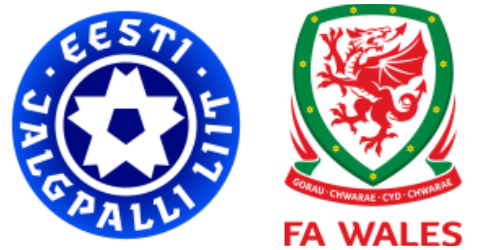 Where is the match scheduled? A. Le Coq Arena in Tallinn

Which team is the favourite to win? Wales