This game might not be a glamour tie but it's an opportunity to breathe some life into the Nations League campaign from the off for one of these sides. Who will win? Find out with our Estonia vs San Marino match preview with free tips, predictions and odds mentioned along the way.

Estonia to win after being held at the interval

The obvious bet here is that Estonia win the game. Unfortunately, the odds associated to such a bet aren't exactly attractive. Instead, we're using the half-time/full-time market and backing it to be level at the interval before Estonia go on to win. There is method to this bet as well because Estonia aren't exactly world beaters; they've not won in five games despite having had back to back games against Cyprus in that period. San Marino meanwhile have shown a bit of fight in their last couple of games falling to two narrow defeats.

Our next tip for Estonia vs San Marino focuses on the total goals market and we're expecting to see a lack of them. We're backing under 3.5 goals. Estonia have gone under 3.5 goals in four of their last five matches whilst averaging just 1.8 goals per game. San Marino have seen a lot more goals on average with a 10-0 England hammering having come in November but, even so, three of their past five have gone under 3.5 goals. Each of the last three head to head games between these two have ended with fewer than four goals too.

A match up of minnows but who will win?

It goes without saying that neither of these sides will be expecting to arrive in a major tournament anytime soon. What they could – and should – have their eyes on though is topping this Nations League group. Whoever wins this game will give themselves a great start.

Estonia might be without a win in five but there has been areas for them to take positives from. They only narrowly lost to Wales and Czech Republic, they scored against Belgium and weren't battered by any of them. The downsides have come more recently with two games where they've failed to beat – or score – against Cyprus. Can they find goals in this game?

San Marino get tagged with the name of the whipping boys every single time the international break rolls around. This Nations League group is a chance for them to start changing that. They will need to find a way to combine solidity and attacking intentions though; that's easier said than done.

A quickfire FAQ on Estonia vs San Marino 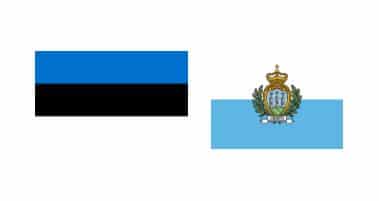