Estonia are yet to get a single point on the board in Group E after losing their opening two matches and conceding 10-goals in the process. Belgium top the group and are expected to qualify for Qatar 2022 with ease, despite competition from Czech Republic and Wales.

Belgium are the big favourites to win on Thursday and have been victorious in five of their last six encounters with Estonia. Two of those Belgium victories have produced over 3.5 goals and we're expecting another high-scoring affair between the pair this week. Over 3.5 goals have been scored in two of Estonia's last six outings, a 4-2 defeat away at Austria and a 6-2 loss in their own backyard to Czech Republic.

We've put our money of Chelsea striker Romelu Lukaku to score the first of many goals against Estonia this week. The big Belgian striker is already off and running for Chelsea in the Premier League and impressed at Euro 2020, narrowly missing out on the top goalscorer award. Lukaku has 64-goals in 98 caps for his country and always leads by example when he takes to the field for Belgium.

Everything you need to know ahead of Estonia vs Belgium

Estonia have left out some experienced faces for this set of qualifiers with Aksalu, Antonov, Baranov, Luts and Ojamaa, each possessing over 40-caps each, missing out for one reason or another. Henri Anier and Sergei Zenjov provide the most likely source of goals for the home side, who have also called-up the uncapped duo of Marco Lukka in defence and Karl Andre Vallner in goal. Captain Konstantin Vassiljev of Flora has 131 caps to his name and 25-goals from midfield.

Belgium will be without Mignolet, Vermaelen, De Bruyne, Chadli and Mertens this week but still possess more than enough quality to run out big winners against Estonia. Hazard, Lukaku, Benteke, Batshuayi and Trossard will be tasked with scoring the goals, while Witsel, Carrasco, Tielemans, Thorgan Hazard and Praet will be the creative forces from midfield. Vertonghen and Alderweireld will both have the chance to add to their century of caps in the heart of the visitor's defence, while Courtois will keep his spot in goal. 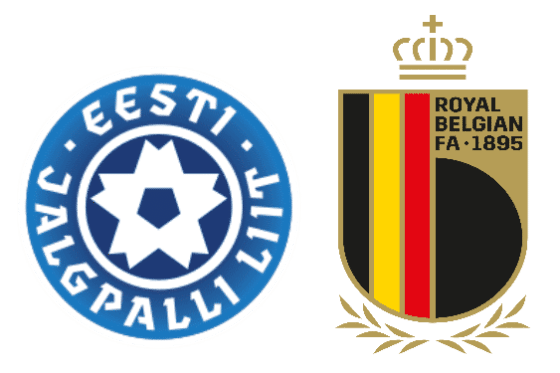