The second round of La Liga brings us a few interesting duels, like the Espanyol vs Villarreal matchup. If you are interested in the best La Liga predictions, check our preview of this game and our free betting tips.

Our top betting tips and predictions for Espanyol vs Villarreal

The Espanyol vs Villarreal match should be a close one, so check some of our favourite betting tips for this game if you need a bit of help:

Although both teams started the new season with scoreless draws, Villarreal is the better team of the two and we expect them to show this in their upcoming duel with Espanyol. Of course, it won't be an easy match and Espanyol is a solid team that can break their plans, but our prediction for this game is for Villarreal to win it.

Four of the previous five head-to-head matches between Espanyol and Villarreal have gone over 2.5 total goals and we see no reason why this match shouldn't be the same. That being said, both teams have played matches without goals in the first round of La Liga, but this game should be different if we trust the tradition.

Both teams have scored in four of the last five h2h duels between these two teams and we expect to see them both scoring in the upcoming game as well. Once again, Espanyol and Villarreal didn't really showcase their goalscoring abilities in the first round of the new La Liga season, but we expect them to do better in this game.

Top odds, stats and more for Espanyol vs Villarreal

If you want to bet on the best odds for Espanyol vs Villarreal, check our list of odds from the top UK betting sites:

Espanyol vs Villarreal preview: Who will get their first win of the season?

One season is all that was needed for Espanyol to get back to La Liga, but now comes the harder part for the team, which is to avoid relegation. The team from Barcelona started the new season with a scoreless draw with Osasuna away from home, which is not a bad result. Also, Espanyol doesn't have any injured players at the moment, which could prove to be a great advantage over the other teams.

After a historic season in which they've won their first-ever European trophy, Villarreal will be hoping for a similar showing in Europe. However, they will also hope to improve on their La Liga record from last season, which didn't start as they planned since they drew with Granada at home in the first round. Foyt, Parejo, Chukwueze, and Danjuma are currently injured and they will miss the upcoming match. 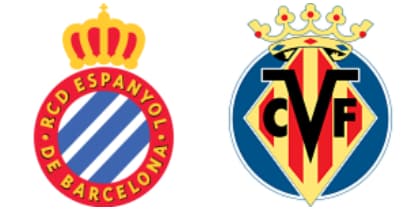