Perhaps the closest matchup in the upcoming round of La Liga is the Espanyol vs Celta Vigo duel, so let's take a closer look at this game and our top betting predictions for it.

Our best betting tips and picks for Espanyol vs Celta Vigo

If you are searching for free La Liga betting predictions, including our top betting tips for Espanyol vs Celta Vigo, you came to the right place:

Espanyol and Celta Vigo to Draw

Both teams are in similar forms heading into this duel and they are also tied in points, with both of them likely to finish somewhere around the middle of the table at the end of the season.

In addition to this, four of the last five h2h meetings between Espanyol and Celta Vigo have ended in draws, so a draw in this game sounds like the most realistic outcome as well.

Both teams have scored in four of the last five head-to-head duels between Espanyol and Celta Vigo and we can see that happening again in their upcoming game.

Furthermore, both teams have scored in 57% of all Espanyol matches in the league until now, although the same is true for just 40% of all Celta Vigo games in La Liga this season.

The latest odds, stats, and more for Espanyol vs Celta Vigo

If you want to place a bet on the top odds for Espanyol vs Celta Vigo, check our list of odds taken from a few different UK betting sites:

This is a very close game and we expect it to be exciting, so let's check both teams out in more detail before the match:

With two wins, two draws, and two losses in the last six La Liga matches, Espanyol has been pretty inconsistent, but that's the case for them this entire season. That's why the team is sitting in the twelfth spot in the standings, right around the middle of the entire league, and they are unlikely to move much up or down in the remaining matches.

When it comes to team news, Espanyol will again bet without their top scorer Raul de Tomas, who is dealing with a shoulder injury. Other than that, the team is in good shape right now.

Just like their upcoming opponent, Celta Vigo has been hot and cold this season and they are sitting in the 11th place in the standings, with the same number of points as Espanyol. The situation is the same when it comes to their recent form since Celta Vigo has one win, two draws, and three losses in the last six games.

Meanwhile, the team will be without Hugo Mallo once again due to a knee problem, but the rest of the team is currently healthy and available for selection.

The usual questions for Espanyol vs Celta Vigo 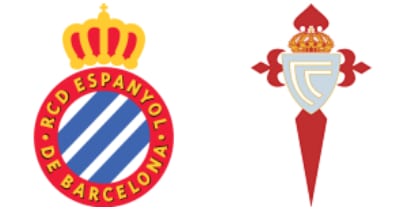