The last match of the round in La Liga is scheduled for Monday evening and it is the Espanyol vs Cadiz duel. So, check our preview of this game to learn more about it and to get free betting tips.

We have the best La Liga betting tips right here, including our favourite picks for the Espanyol vs Cadiz duel:

Espanyol and Cadiz to Draw

Although the last four meetings between Espanyol and Cadiz didn't end in a draw, our prediction for this match is for the teams to share the points. Both teams are in similar forms and the difference between them in the standings is just two points. In addition to this, Cadiz drew in four of their eight matches, Espanyol did it in three of their eight games.

Espanyol and Cadiz to Draw at Half Time

The last three h2h duels between Espanyol and Cadiz have gone under 2.5 total goals and we don't see a reason why this game should be any different. Furthermore, Espanyol only averaged 1.75 goals per game so far in the league, while Cadiz averaged 2.25 goals per game this season in La Liga. So, combining for three or more goals doesn't sound that easy for these two teams.

The best odds and helpful stats for Espanyol vs Cadiz

If you are looking for the latest odds and stats for Espanyol vs Cadiz, check them all out right here:

Espanyol vs Cadiz preview: The last game of the round

The returnee to the Spanish top flight didn't have a bad start to the new season and they are currently sitting comfortably in the 13th place in the standings. After eight rounds, Espanyol has two wins, three draws, and three losses and they've won two of their last three matches in La Liga. However, Espanyol has a few injured players at the moment, including Bare, Calero, Herrera, Miquelon, and Puado.

Similar to their upcoming rival, Cadiz has two points less than Espanyol so far. They've managed to win just one game this season, along with four draws and three losses. The team is currently two points ahead the first team in the relegation zone, which is probably too close for comfort for their fans. On a more positive note, only Garrido is currently injured at the club.

Frequent questions for Espanyol vs Cadiz 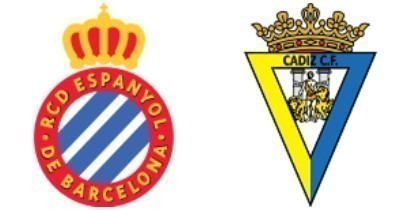