ES Tunis are in poor form, Al Ahly are in good form but that could all go out the window as the CAF Champions League takes centre stage. Shall we throw the formbook out the window? Find out with our ES Tunis vs Al Ahly match preview with free tips, predictions and odds mentioned along the way.

ES Tunis put in a phenomenal performance in the second leg of the last round to reach this stage of the CAF Champions League but it is their only win of the last six matches in all competitions. They've also lost two of their last three home games. Al Ahly by contrast are in good form both generally and away from home. They've only lost two of their last 10 matches on the road having won six and drawn the other two. ES Tunis have also only beat Al Ahly once in the last five attempts.

Someone to record a shutout

When you look at the track record ES Tunis have at home it's tough to see both teams amongst the goals. The Tunisian side have seen at least one side fail to net in four of their last five matches; that includes both of their CAF Champions League ties against Belouizdad. Al Ahly do tend to be involved in more open games but they've still seen a blank in two of their last five. On a head to head basis, two of the last three meetings have ended with a ‘nil' in the result.

With the prediction made that at least one side will fail to hit the net, you might be envisaging a rather one sided affair with our first tip backing Al Ahly to win. We don't doubt either of those predictions but we also don't anticipate a huge number of goals going in. Both ES Tunis and Al Ahly have seen six of their last 10 games fall under the 2.5 cut off; with this game being a first leg as well things will likely be a little cagey, which doesn't usually result in lots of goalmouth action.

There is little denying that the two teams arrive in this match in different veins of form. Al Ahly are unbeaten in five whilst ES Tunis have lost four of their most recent five matches. It doesn't mean there won't be a spectacle to watch though because ES Tunis do have the competitions current top scorer in their ranks and he's a man in form; Mohamed Ben Romdhane has netted four goals in his last four starts for his club. For Al Ahly, their captain and goalkeeper Mohamed El Shenawy will be tasked with keeping him at bay whilst the attacking focus for the Egyptian side will fall to Mohamed Sherif, who has nine goals this season, and Afsha who is the creator in the team. 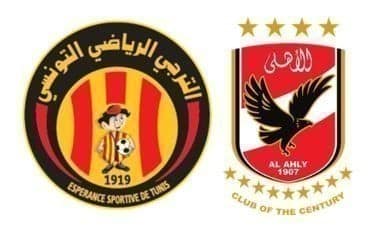