Mauricio Pochettino moving Eric Dier into defensive midfield was one of the best tactical adjustments a manager has made this season.

Dier has previously been viewed as a utility defender and done a stellar job when asked to fill in at both right and centre back during his first season with Tottenham. The former Sporting Lisbon man had proven himself as a candidate for the England squad and more than adept at partnering Jan Vertonghen in the heart of defence. Yet Pochettino decided that Dier from the start of this season should be given the role of anchor man in the Spurs midfield.

In the role that Sandro, Bentaleb and others have tried and failed, Dier was tasked with minding the shop whilst every other player surges forwards and being the orchestrator in chief of their high intensity pressing game.

The partnership with Mousa Dembele has as good as locked Mason and others out of the Spurs starting XI and Dier, from a useful young acquisition, has become a main stay of a team that may well win the title. At just 22 years old, Dier should, although it is unlikely, be making his name one of the first one the team sheet for the Euros this summer and be walking in to the team of the season. 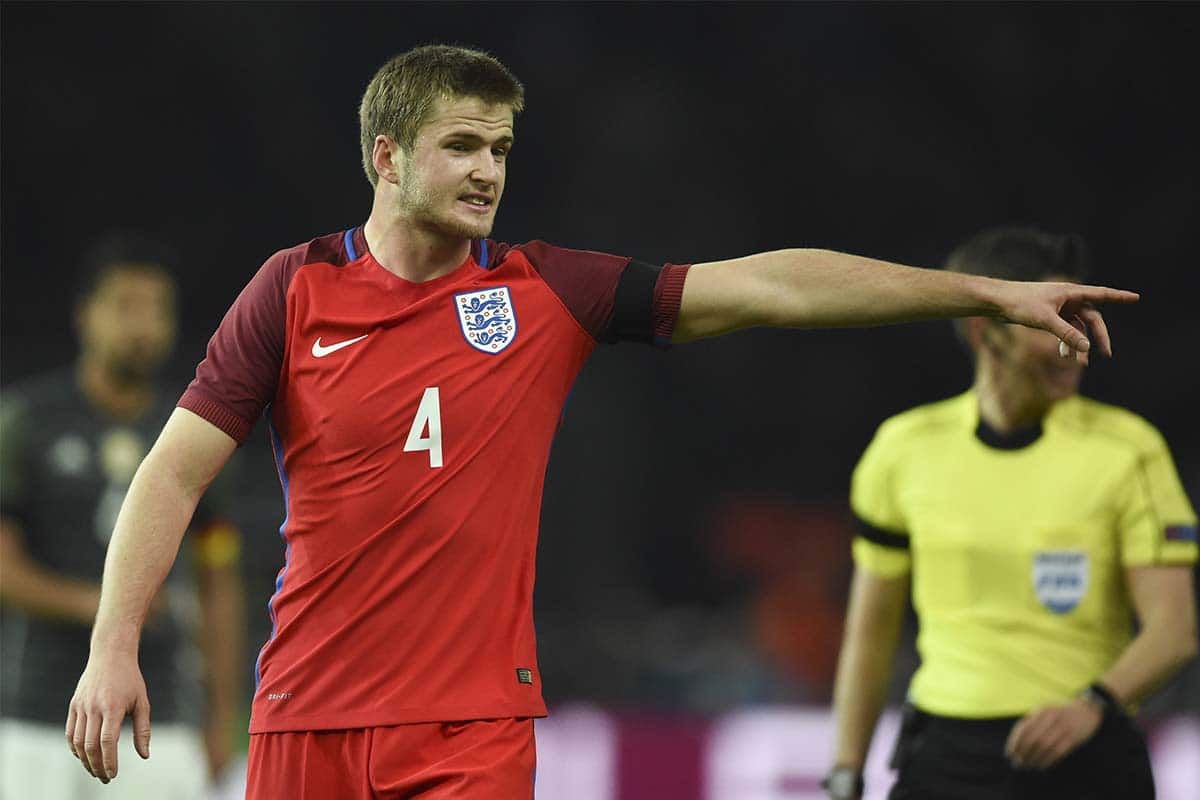 England, like Spurs, are blessed with attacking options. Roy Hodgson must find someone who can provide protection for the defence whilst a combination of Alli, Barkley, Chamberlain, Sterling, Lallana and Henderson surge forward like a World War One army going over the top. Unless Hodgson is going to commit the European Championship suicide of naming James Milner, Michael Carrick or Gareth Barry as the deepest midfielder, Eric Dier must simply be an absolute guarantee for the starting XI.

In his seven Europa League starts this season, Dier has averaged a pass completion of a shade under 90%, the Spurs man can play at the slower European pace and he can control the game from there. Dier, when required, can cope with the high press of Spurs, as they pen the opposition in and win the ball back higher up the pitch more often than the majority of other sides, England need to take a similar approach in France. For all the young talent in Hodgson’s squad, England are not going to win the tournament through intricate passing; their best chance must be to utilise the pace, power and dangerous counter attacking instincts of the best players in the squad. Eric Dier, naturally, is the man that allows that to happen.

Much like the line-backers allowing the quarter-back to make the game winning pass, Dier gives the security to the attack-minded midfielders that they can raid forwards without always worrying about the space they are leaving behind. The former Sporting Lisbon utility man has the pace, that not many defensive midfielders possess, to cover ground against sides who are fast in transition. Unlike so many English players, Dier has a natural footballing brain, as Pochettino clearly picked up on, and his reading of the game is superb. Dier averages over 2.5 interceptions per match in the league and, against possession-oriented national teams, this will be vital. International football places far less of an emphasis on winning physical duals, but on being able to out-manoeuvre the opponent.

Dier’s selection would be symbolic of a new approach to national football from England. Hodgson should pick on form for this summer’s tournament and no player is more deserving of selection than this Tottenham starlet. Spurs can be a great model for Hodgson to follow, the sort of electric football that will catch sluggish international sides off guard. If England travel to France without Dier’s place in the XI guaranteed, opponents will have freedom to exploit the space between the lines and create chances at will. England’s defenders are not good enough to get by at the highest level without protection, particularly when they are going to be facing a side including Gareth Bale and Aaron Ramsey. 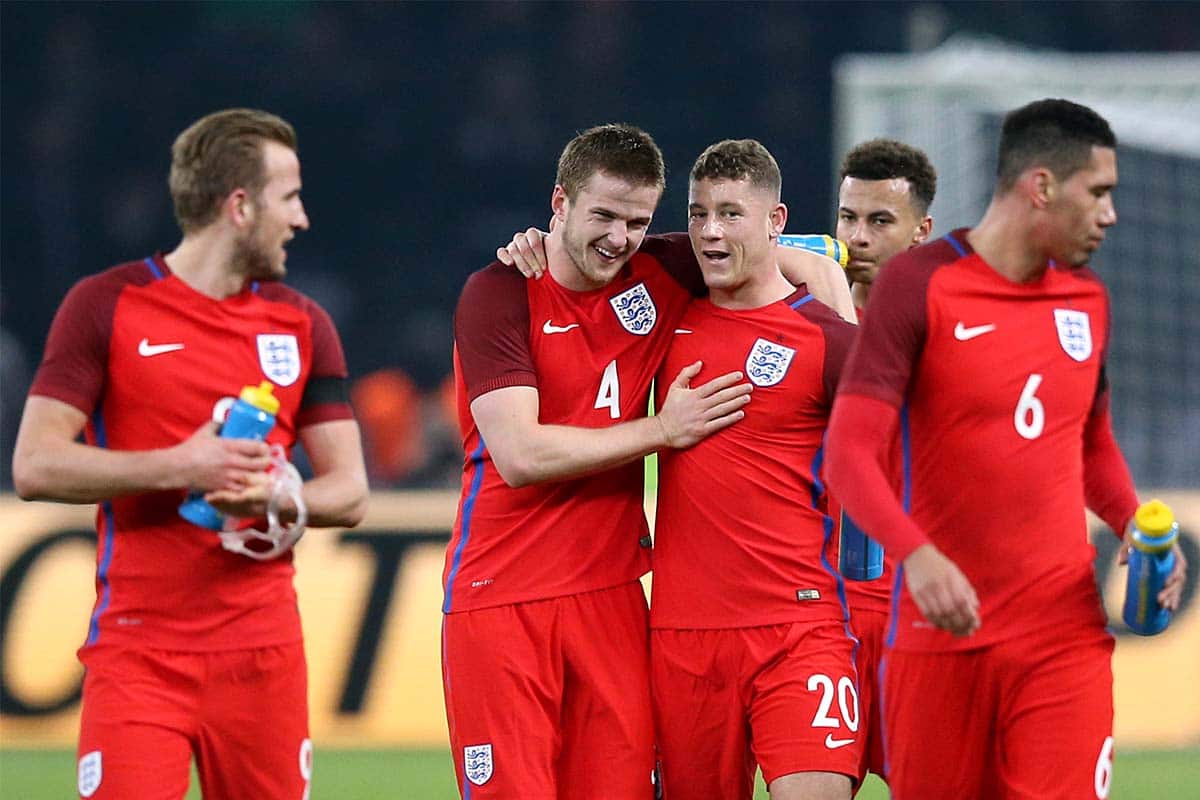 The Spurs man gave a man of the match performance against Germany on Saturday night as he proved he can dominate the world’s best side. Dier patrolled the areas that Mesut Ozil and Mario Gotze would usually make their own and capped his sensational performance with the dramatic bullet header to complete England’s historic comeback. Along with Alli and Kane, Dier’s influential performance as a six gave England fans are taster of the future and Dier’s tireless defensive tracking, midfield organisation and fearless tackling showed Hodgson that he cannot afford to leave him out.

When England were forced to push on in the second half, Dier was given the perfect opportunity to demonstration his adaptability. Very few countries in world football can combat the midfield class of the Germans, yet Dier is in an elite cohort who have restricted the world champions.

Such a performance against a midfield including Ozil, Reus, Khedira and Kroos further confirms the stroke of genius from Pochettino. Hodgson cannot overlook a player who has been so influential for both club and country against the toughest of opponents, yet it will be easy for the experienced England manager to settle for one of the more established options.

Dier doesn't have the passing range of Carrick, nor does he have the Premier League experience of Mark Noble, but Dier is integral to England’s chances this summer. The talent is there in the England squad to cause a shock in France, however, the talents of Alli, Kane, Sterling and Barkley will go to waste if Hodgson overlooks one of the most versatile defensive midfielders in Europe.