It’s fair to say that Eric Bailly was the least talked-about signature made by Manchester United in the summer of 2016.

The Ivorian was the first arrival of José Mourinho’s managerial reign but within months fans and pundits had their heads turned by the arrivals of Zlatan Ibrahimović, Henrikh Mkhitaryan and Paul Pogba.

That was understandable. Ibrahimovic was, and is, one of the most iconic individuals in football. Not only for his phenomenal track record of scoring goals and winning titles. But for his unapologetically, amusingly egotistical personality.

Mkhitaryan was the Bundesliga Players’ Player of the Season last season. Pogba joined for a world record transfer fee of £89.3 million having helped France to the final of Euro 2016 and Juventus to a fifth-consecutive Scudetto.

So Bailly was, predictably, overshadowed from the very beginning by his more illustrious, attacking peers.

But he quickly asserted himself upon the Manchester United first team and, over the course of his first season at Old Trafford, he has proven himself to be of immense importance not simply through solid defensive performances, but through what he has represented symbolically.

Many of Sir Alex Ferguson’s major successes during his time as Manchester United manager were punctuated by exceptionally traditional, ‘no-nonsense’ central defenders.

The partnership between Steve Bruce and Gary Pallister was pivotal to the club’s superseding Liverpool as England’s number one side in the early-to-mid 1990s. Jaap Stam was the defensive cornerstone of the club’s historic treble of Premier League, Champions League and FA Cup in 1999. Nemanja Vidić provided the thrust to Rio Ferdinand’s flair during the latter years of Ferguson’s tenure.

However, in the post-Ferguson years, Manchester United have lacked the same courage, intelligence and abrasiveness at the back. Vidić departed one year after the iconic Scottish manager, leaving a glaring defensive vacancy in the process. But Bailly has filled the vacancy. 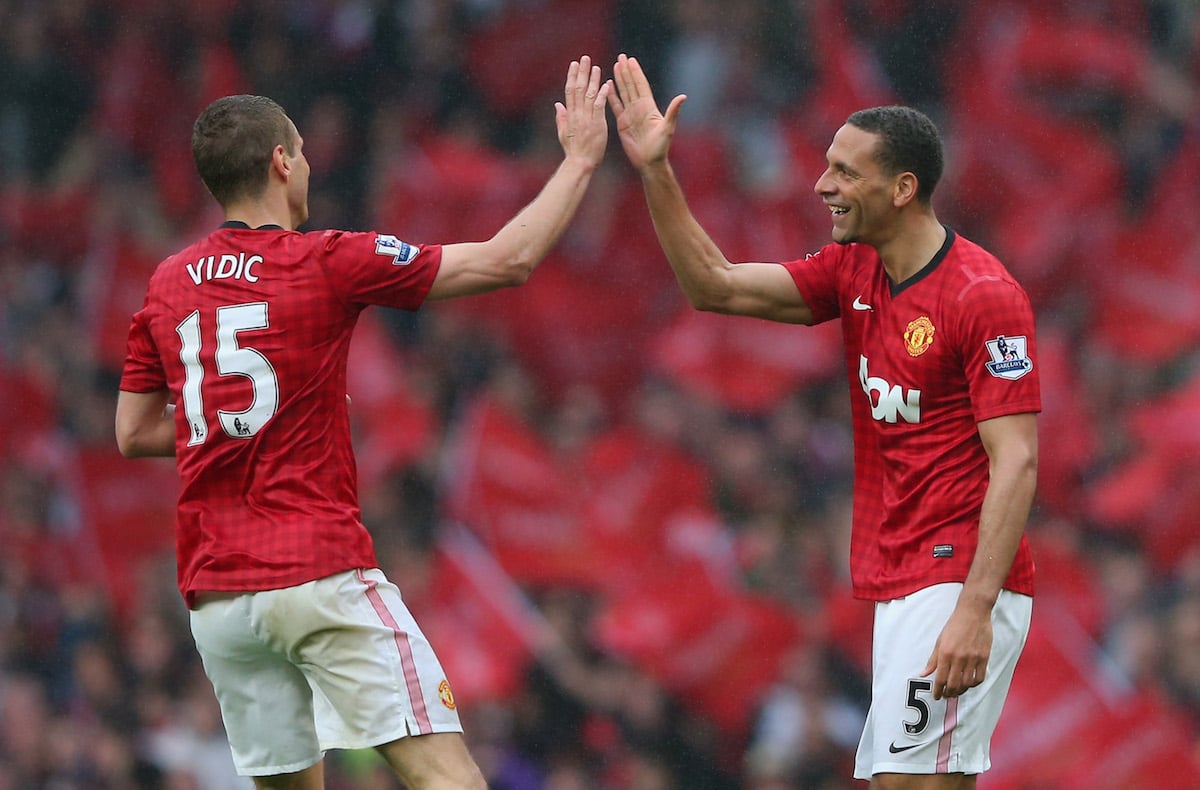 The legacies of Bruce, Stam & Vidić

Bruce was renowned for his wholehearted style of defending. This was hinted at by his flat nose, which was suggestive of someone who had spent plenty of time getting in the way of both footballs and footballers.

He was also physically irrepressible, something that also made him a threat in the opposition’s penalty box (Bruce once scored 13 goals in a single season).

“I admit I was a bit enthusiastic,” he once acknowledged. “When I broke into the first team I think I got eight bookings in my first eight games so I was soon in front of the FA! It was just enthusiasm – I was a bit of a rampaging midfielder…before I converted to centre-half.”

The Dutchman was one of the more menacing defenders in Premier League history, playing as he did with cold, expressionless features. At 6ft 3ins he was imposing.

And with his bald head and glowering stare he gave a convincing impression of someone willing to do more than most mortals in pursuit of a clean sheet.

Stam was, in the eyes of many, sold prematurely to Lazio early on in the 2001-02 season. Ferguson himself admitted the decision was an error on his part in later years, stating that, “in playing terms it was a mistake.”

It was no coincidence that Manchester United won just one title in the following five seasons. The likes of Laurent Blanc and Ferdinand were exceptional centre-backs, but they were also extremely different types of centre-back, and it wasn’t until Vidić joined in 2006 that the club would re-cement their place atop the English footballing hierarchy.

Vidić played with the same spirit as Bruce. He was a committed, at times frenzied leader of the back four who made up for a shortage of athleticism with aerial dominance and defensive nous.

With him at the heart of the defence, Manchester United would win five out of a possible nine Premier League titles, as well as another Champions League in 2008. 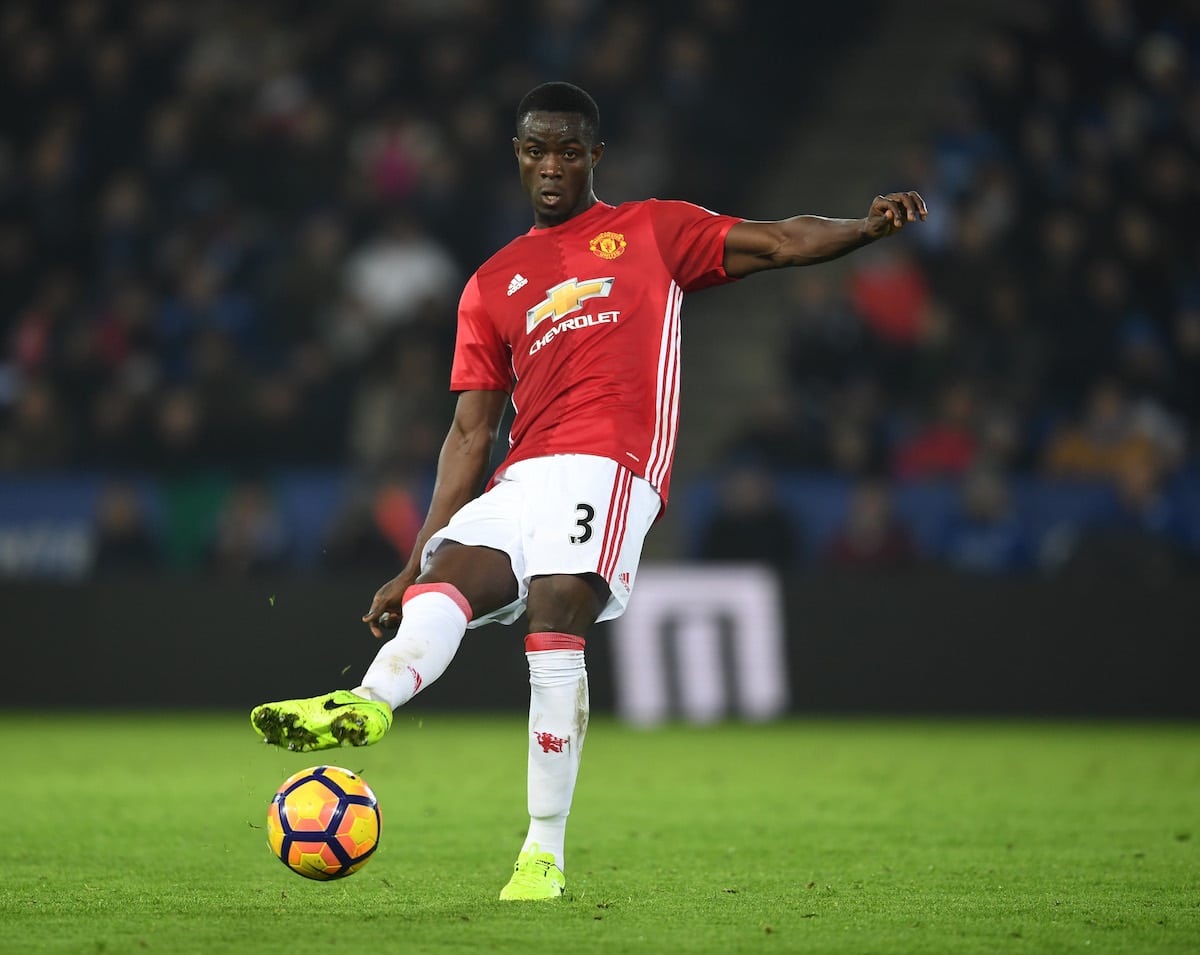 Following in the footsteps of lessons

The time between Vidić leaving Manchester United in 2014 and Bailly’s arrival in 2016 could easily be described as the club’s defensive wilderness years. During this period it became obvious that Chris Smalling and Phil Jones’ combined attributes would make one world-class central defensive commandeer. But as individuals they could not fill the void.

And signings such as Marcos Rojo and Daley Blind only added to the uncertainty as Louis van Gaal switched from back three to back four.

Bailly, however, has brought the necessary blend of traits required to lead the line with a maturity that is surprising considering he is still only 23 years old and in his debut Premier League campaign.

His challenges are well-timed, showing good anticipation and judgement of situations. His astute reading of the game is portrayed statistically by the fact that only seven defenders in the league have made more interceptions per 90 minutes than he, according to Squawka.

And, in addition to his increasing willingness to organise those around him and an ability to win tackles and intercept through balls, Bailly has shown the rugged physicality and combativeness that had been missing since Vidić left for Internazionale.

The former Villarreal man has plenty of pace, meaning he is able to recover well from defending in a high position on the pitch. He also relishes one-to-one situations and, when appropriate, doing the basic stuff such as marking tightly and making an impression upon an opponent.

To do this, he combines his aforementioned anticipation and judgement with raw aggression.

Vidić has been impressed with his symbolic successor’s start to life at Manchester United. “Eric Bailly started really well,” the Serbian told ESPN in March. “He’s aggressive, he has potential, he’s young and he likes to defend. He has the qualities to go even further.”

And, helpfully, Bailly has the correct tutor in Mourinho.

The Portuguese’s first season in charge has been underwhelming in terms of results and at times confusing in terms of tactics. But there is no doubt Manchester United are defensively sounder as a consequence of his appointment.

They have conceded an average of 0.77 goals per league game in 2016-17, which is their lowest average since the 0.74 they achieved in 2009-10, when Ferguson was still in charge and Vidić was in his prime.

Bailly has praised Mourinho’s methods, citing them as crucial to his own development as an individual. “The difference with any other manager is the time he takes with you individually,” Bailly said of his boss.

“He has shown me videos of me in game situations that have involved myself and the defence in general. He’s taken the time to talk me through things, gone through tactics. It’s been really helpful for me.”

With Mourinho guiding him, Bailly is set to follow in the footsteps of Bruce, Stam and Vidić, and command Manchester United’s defence for years to come. And history tells us that, with a quality, forceful centre-back at their core, Manchester United tend to win trophies.