This career path hints at a player who rose through the ranks at their youth team, enjoyed their best years as a player at two of Europe’s biggest sides before sampling the English Premier League for a season or two before retiring.

But this isn’t career the of a decorated veteran. These are the clubs of 25-year-old Switzerland international Xherdan Shaqiri.

The winger who, at Euro 2016, scored one of the goals of the tournament against Poland.

The ball had been cleared out of the opposition area but as it dropped over his head on the edge of the 18 yard box, he pulled off an acrobatic bicycle kick to send the ball careering past Lukasz Fabianski into the bottom corner.

Shaqiri is a player whose goals are rarely ordinary and in an interview after this game he was asked if the overhead kick was the best goal he’s scored in his career.

His goal drew Switzerland level against Poland, but they went on to lose the penalty shootout (Shaqiri scored his), thus exiting the tournament at the first knockout round.

Given the skills he has in his locker it’s no surprise that he scores the odd worldie.

At just 5’ 6” Shaqiri has a very low centre of gravity. But his height can lull opposition defenders into a false sense of security.

He’s deceptively strong and can be almost impossible to knock of the ball when he’s at the top of his game.

His quick dribbling, tricky running and powerful left foot have seen him compared to the likes of Lionel Messi and Arjen Robben.

His style, combined with a youth growing up in Switzerland, have seen him dubbed “the alpine Messi”.

Although “alpine” might be an inaccurate description given the area he’s from isn’t that close to the mountains, it could refer to the fact his speed makes it look like he’s always running downhill in the style of an alpine skier.

Shaqiri's talents are so natural and outstanding. Yet there's always the impression he’s capable of more, without quite being able to deliver it. 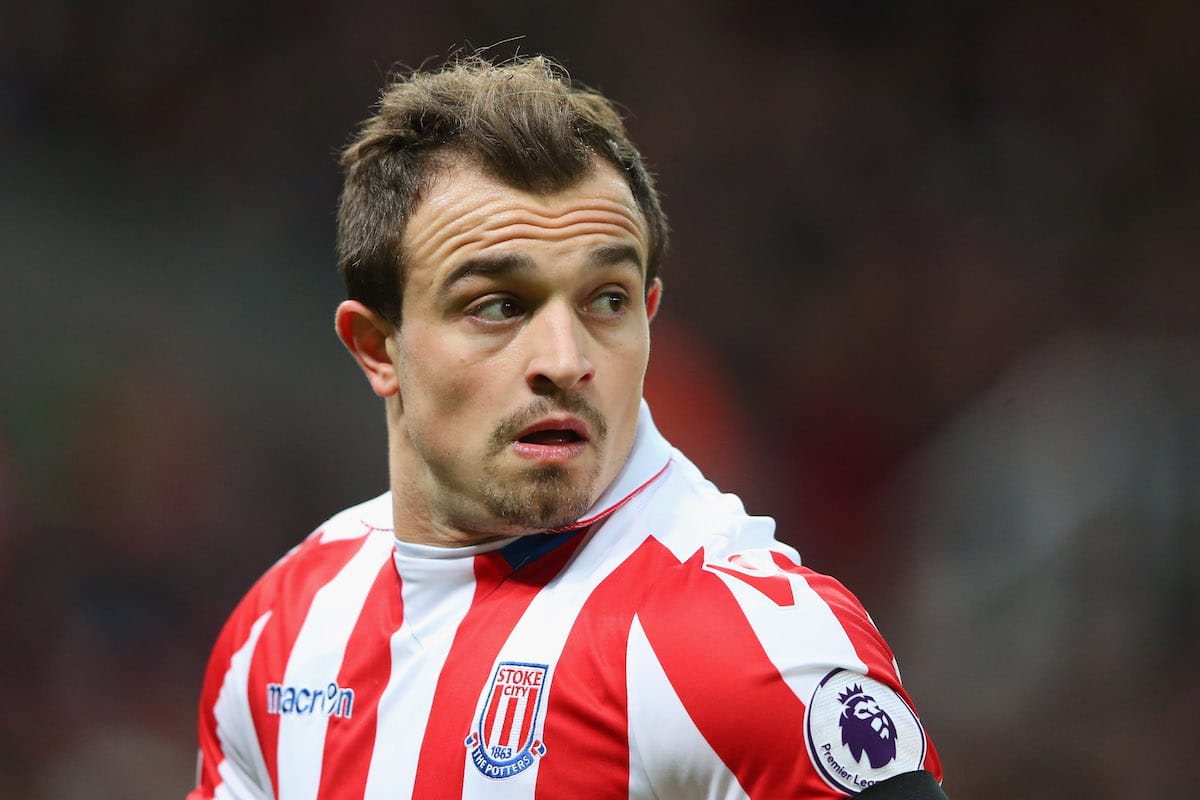 A player so gifted might get to a point where he doesn’t feel he has to try any more. He’ll be getting paid a handsome sum to play football and can put in an entertaining display even on days where he’s not heavily involved in a game.

This can lead to a situation where the player reaches a comfort zone, performing the occasional piece of outstanding skill to wow the fans, scoring a wondergoal once in a while and terrorising a full back just for fun.

But unless things change, Shaqiri will always be compared to players he could have been like, rather than a star young footballers are likened to – as with Messi and Robben.

This season he’s won 62 per cent of his take-ons, created 31 chances — two of which have been assists — and scored four goals for the Potters. But none of these statistics put him in the top bracket in the categories mentioned.

And while Stoke fans will appreciate Shaqiri for what he is, they’ll also have noticed a few things in his game that has allowed a club of their stature – without meaning to cause offence – to sign him.

These fans will have seen first hand the inconsistencies that mean he isn't competing in the Champions League with the likes Bayern Munich.

This said, Stoke are able to sign a player of Shaqiri's standard due to the share of TV billions floating around the Premier League.

And under Mark Hughes the Potters no longer the team held up as the example of traditional English, long ball, physical football, as they were under Tony Pulis.

The question asked of footballers who wanted to become the complete player — could they do it on a cold winter’s night in Stoke? — no longer applies to their style on a weekly basis. 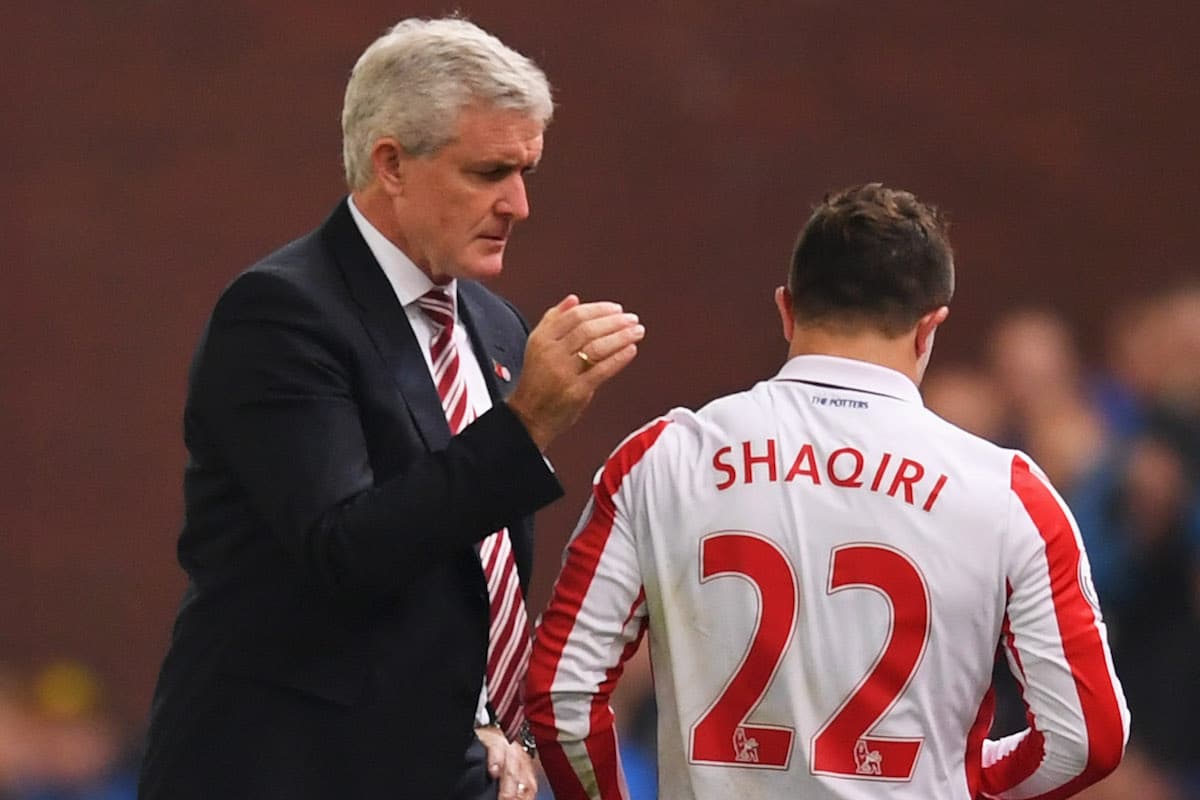 Shaqiri is still a player who’ll attract glances of admiration from other clubs and managers – they'll think they can be the ones to unlock the world class talent which is just waiting to burst out of him.

And it’s for this reason there could be another destination on Shaqiri's varied career path in the future.

Yet first he must produce for Stoke on a consistent basis. The odd wondergoal and spectacular dribble just isn't enough for a player of his ability. He needs to do more.

It appears to truly unlock his potential, the alpine Messi may just have a mountain to climb.